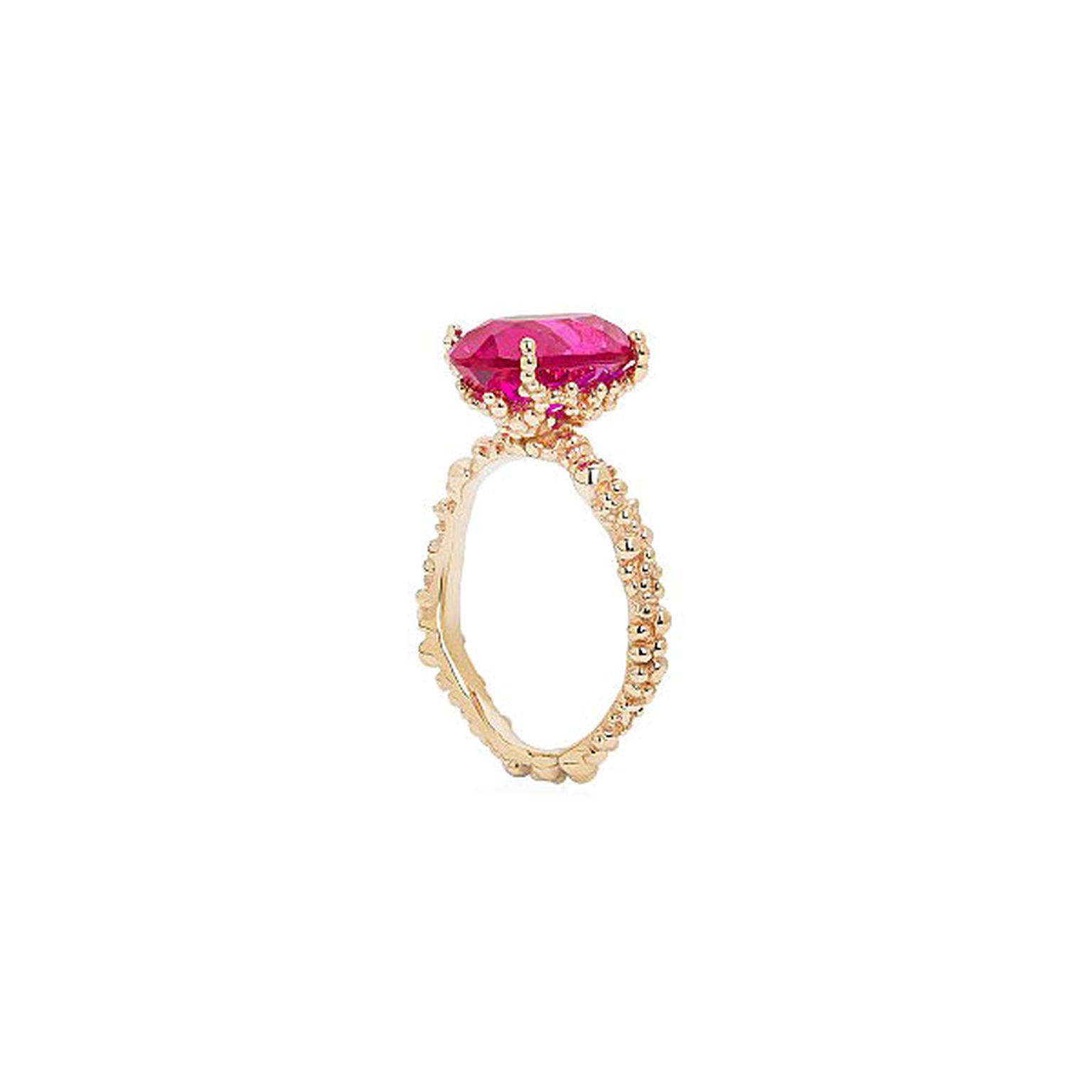 The term ‘lost wax casting’ may be unfamiliar to most people, but it is a wonderful jewellery-making technique that is often used to create unique engagement rings.

An ancient process that dates back to around 3700 BC, lost wax casting allows the jeweller to work like a sculptor, adding intricate details and texture to the finished piece. First, a 3D design is sculpted from wax, either by hand or using a rubber mould that is injected with melted wax. The wax model is then embedded in a can of plaster and heated to high temperatures for several hours. As the plaster mould solidifies, the wax is drained away through a hole in the can, leaving a negative imprint into which molten metal is then poured to create the jewel. Once the plaster has been dissolved, the piece is polished and either rubbed or brushed to refine the texture.

I find it fascinating that in our world of modern technology, jewellers are still using a method that is 5,700 years old to create some of the most beautiful and unusual engagement rings.

Award-winning designer Ornella Iannuzzi is an advocate of lost wax casting. Working with wax is a very organic process as it allows the jeweller to rectify any mistakes and add very intricate shapes and details to the pieces. “This technique allows me to be very precise with my designs, especially when I work with rough stones or other natural elements. I can ‘dress up’ the stone and make the setting fit perfectly, without damaging it,” says Ornella.

Jo Hayes Ward is another British jewellery designer who uses lost wax casting in conjunction with ultra-modern techniques, such as rapid prototyping, to create the building-block texture on her jewels. And brothers David and Barry McCaul also combine traditional and modern goldsmithing skills to make every piece of jewellery from scratch in their studio in London’s Exmouth Market. David used lost wax casting to make the recently launched Carve collection of stunningly unique engagement rings. He says that by working in a more sculptural way, he can easily form curves in the metal as well as shape the settings around gemstones. “This technique allows me to create precious metal designs that would not be possible with more traditional goldsmithing fabrication.”

Polly Wales is renowned for her whimsical and unusual engagement rings, and many of her one-of-a-kind designs celebrate the imperfections that sometimes occur in the casting process. Her signature style includes casting gemstones, such as rubies and sapphires, directly into gold creating an effect that is akin to sparkling geodes being split open.

While all these unique engagement rings have been made using the same ancient technique, each designer has adapted the process to suit his or her aesthetic vision. It is this element of control and versatility that has led to the enduring popularity of lost wax casting, more than five millennia after it was first invented. 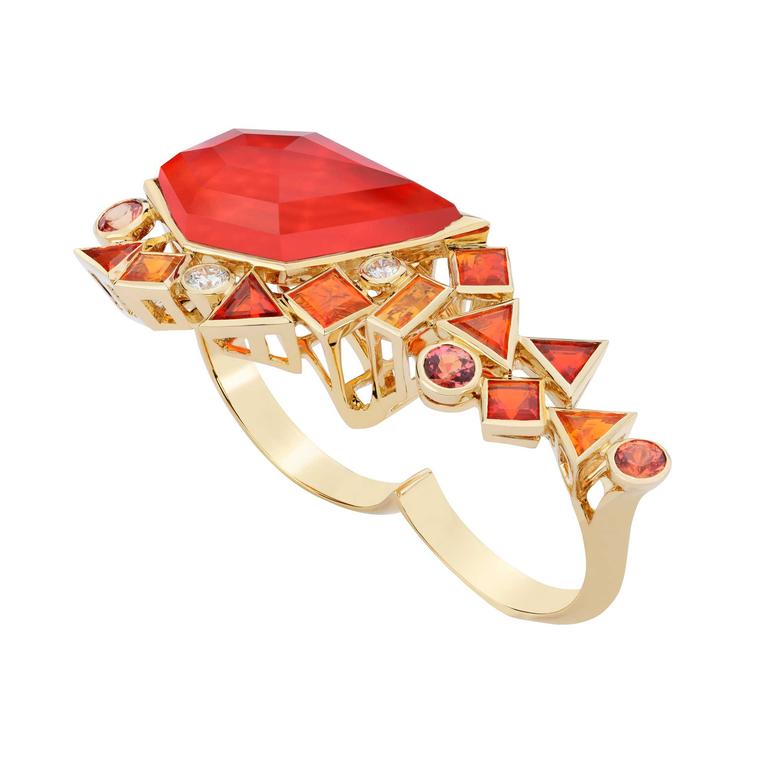 Rubover settings: a strikingly contemporary look that dates back thousands of years 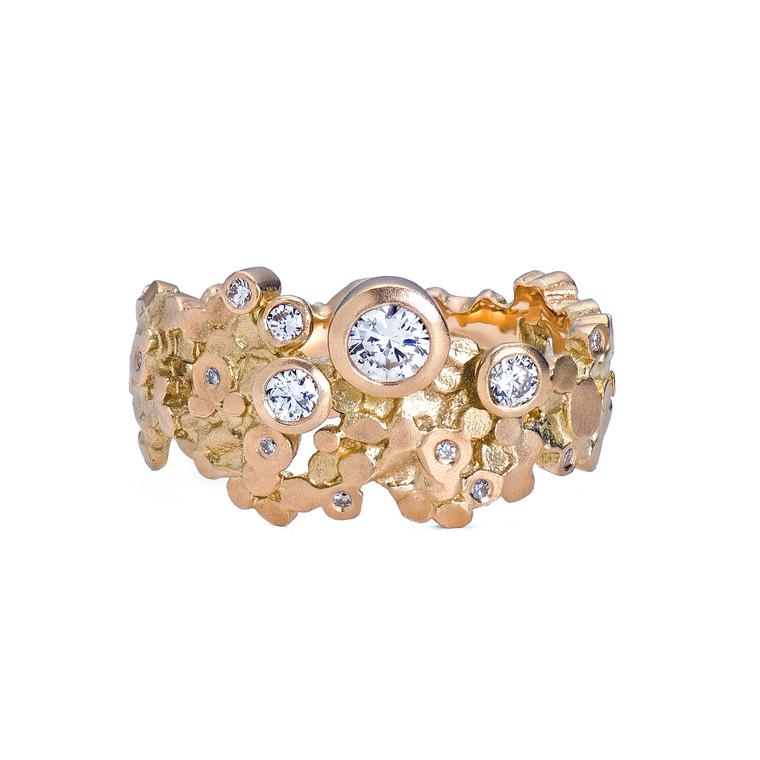 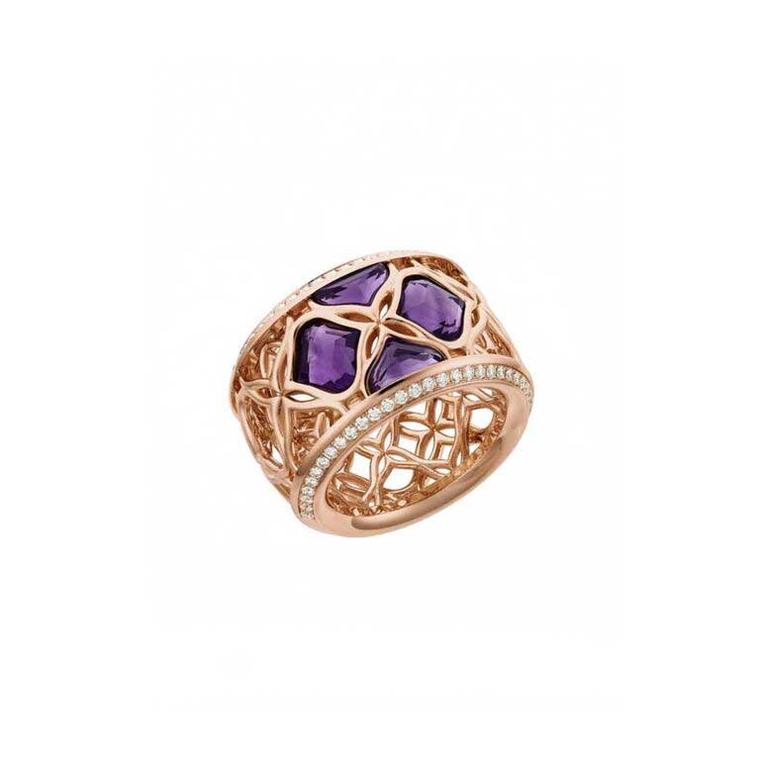