Softly spoken du Rose did not start out life as a jeweller but studied English at university. A visit to a bookshop in the Cotswolds, where he discovered a tome that brought him face to face with the works of fine jewellery masters such as René Lalique and Fabergé, changed his life forever. He had found his calling. Self-taught, du Rose began making models for other jewellers and eventually created his own fine jewellery pieces - the first of which make up the Danger collection featuring eight one-off jewels in which du Rose turns vipers, black widows, poison moths, wasps, jelly fish, dart frogs, lions and even a blue-ring octopus into dangerously attractive jewels.

The pioneering designers who are shaking up British jewellery design

Inspired by the likes of Stephen Webster and Shaun Leane, a new generation of British talent is trailblazing a unique approach to fine jewellery design. 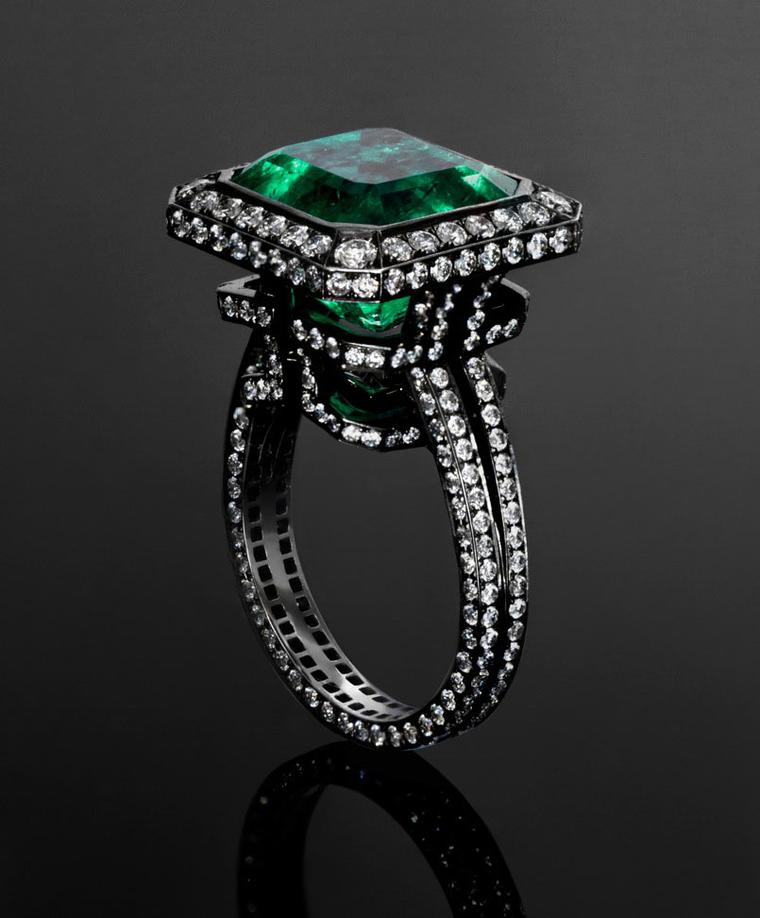 It's official: emerald green is the colour of 2013