This vibrant period in French history is honoured with a major exhibition at the Musée d'Orsay, including 35 lavish jewels from the era.

A major exhibition in Paris dedicated to the Second Empire (1852-1870) is being held at the Musée d’Orsay to celebrate its 30th anniversary. The exhibition, which shines a light on the entertainment and festivities of the era, examines the influence the Second Empire had on modernity, with paintings, sculptures, photographs, objets d’art, costumes and jewellery bringing this decadent period to life.

Of special interest to our readers will be the spectacular jewels on show, some 35 creations by Mellerio dits Meller, the oldest family-run jeweller in Europe. Founded in 1613, the Second Empire was a time of great productivity for the Mellerio family. Some of their most audacious creations were created in this short period of history for a very discerning clientele that included the Emperor Napoléon Bonaparte and his wife, Empress Eugénie, Princess Mathilde of France, the aristocracy and the Royal Courts of France.

Inspired by the natural world, the Orient and innovation, watch out for much colour, creativity and ornate detail as you browse the space of the exhibition dedicated to jewellery. One of the major fashions of the time was for jewels that imitate nature, which is captured beautifully in a lilac branch so lifelike you can almost smell it, while a brooch commissioned by Princess Mathilde depicts a rose, its petals shimmering with graduated diamonds.

Not to be missed is a Peacock feather brooch dating from 1968, which was made for the Empress Eugénie and quickly became an emblem of the Maison. Mellerio’s lavish use of emeralds, sapphires, rubies and diamonds mimics the colours of this regal bird, but what made this jewel so groundbreaking at the time was its construction - the feather is fully articulated and transformable. Ruffle the feather and the barbs oscillate gently; remove the central “eye” and it becomes a pendant designed to protect the wearer.

An exquisitely feminine diamond and turquoise diadem, circa 1860, which transforms into eight brooches and could also be worn to decorate the bodice of a dress. So innovative at the time, this tiara would have been the centerpiece of a jewellery set, which were very popular during the Second Empire. A sophisticated system devised by Mellerio allowed the owner to transform the jewel to suit the occasion using only a screwdriver. 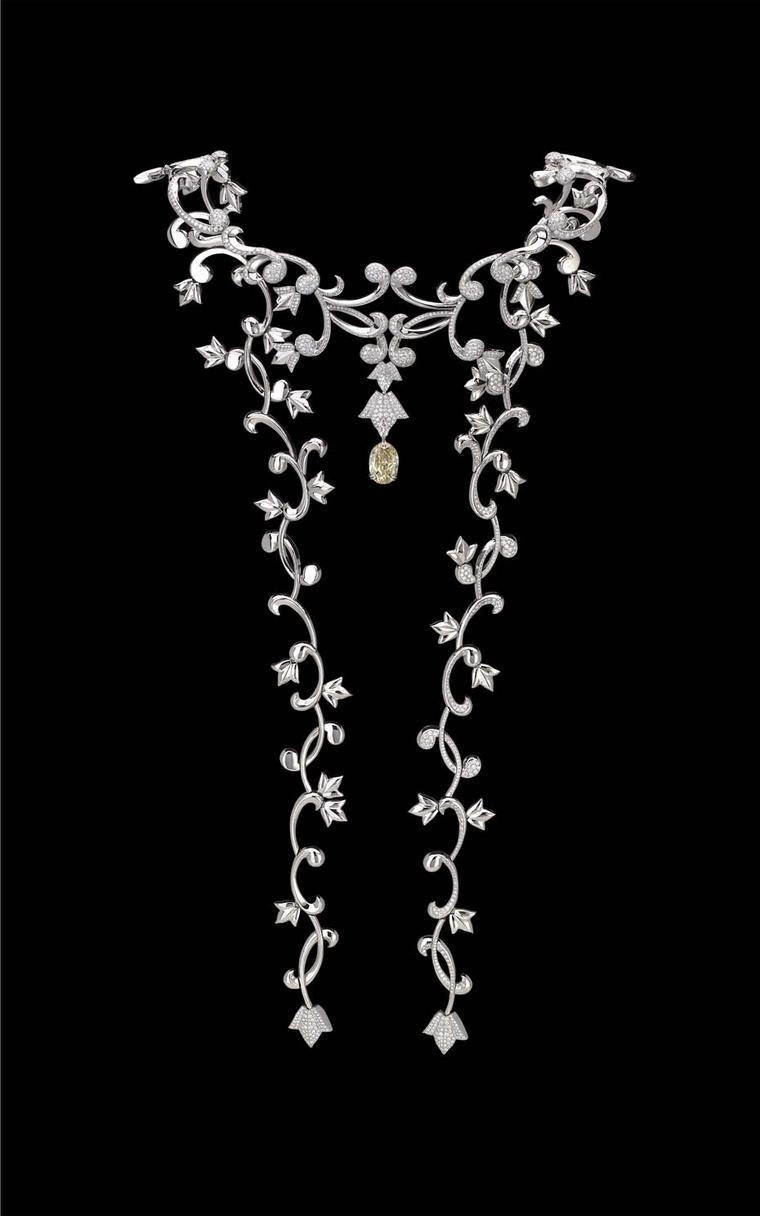