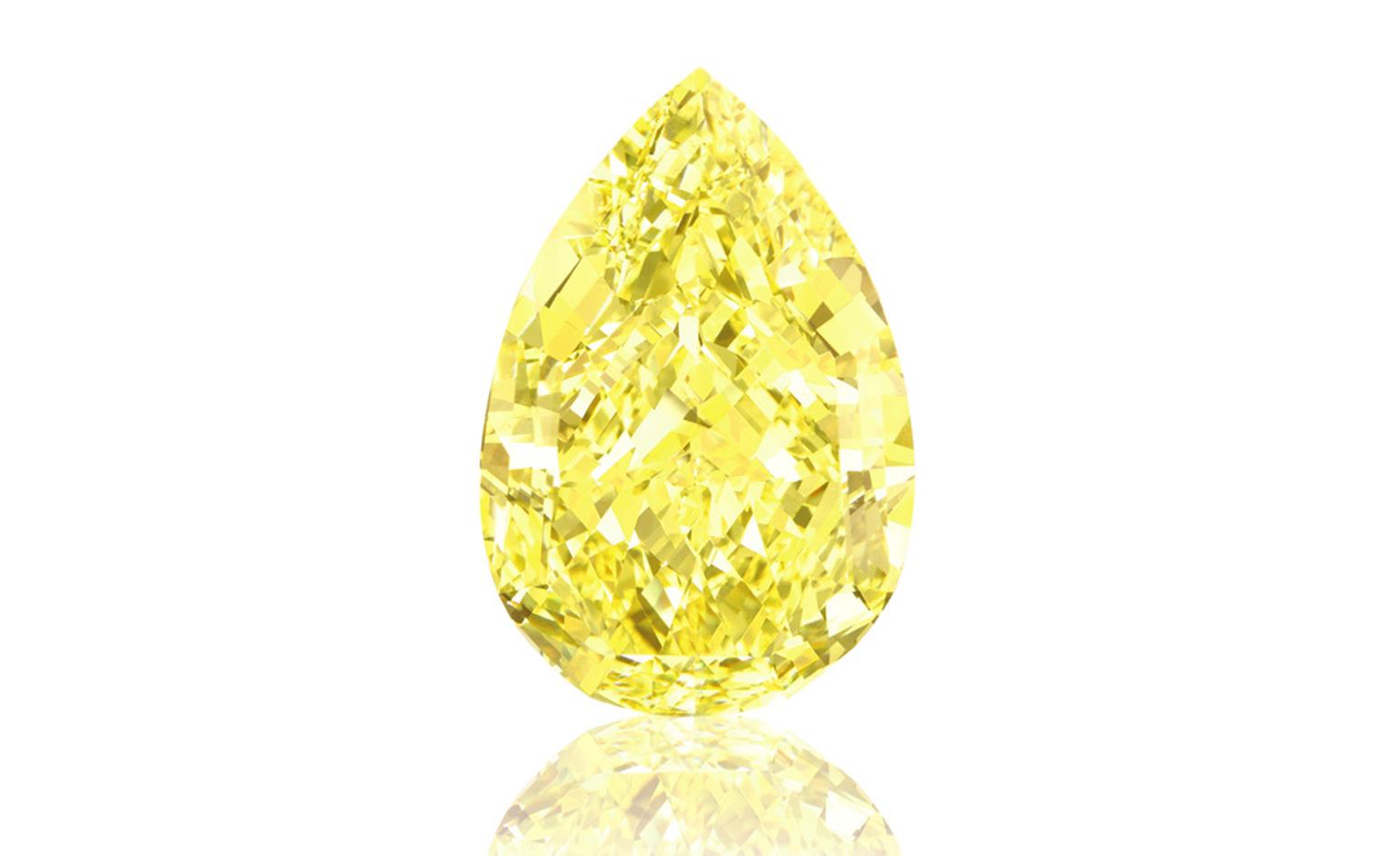 Sotheby's announce the sale of one of the most impressive diamonds seen for a while: a whopping  110.03 carats yellow diamond. It is the highlight of the Sotheby's auction of Magnificent Jewels to take place on 15 November 2011 in Geneva and estimated between $11-15 million. The Sun-Drop Diamond has been graded Fancy Vivid Yellow, the highest colour grading for a yellow diamond, by the Gemological Institute of America (GIA) making this exceptional stone the largest known pear-shaped fancy vivid yellow diamond in the world. Adding to its allure, the purity is VVS1.  According to the GIA, "a diamond such as the 110.03 carat Sun-Drop can almost be said to exude a magical aura. Its magnificent color combined with impressive size and uncommon cut make it a paragon in the world of diamonds". The stone was exhibited earlier this year at London's Natural History Museum. The rough for the Sun-Drop Diamond was discovered in South Africa in 2010, and was cut and polished by Cora International, one of the world's leading manufacturers of exceptional diamonds, with its headquarters in New York. This stunning diamond comes to the market with an estimate of $11-15 million*.