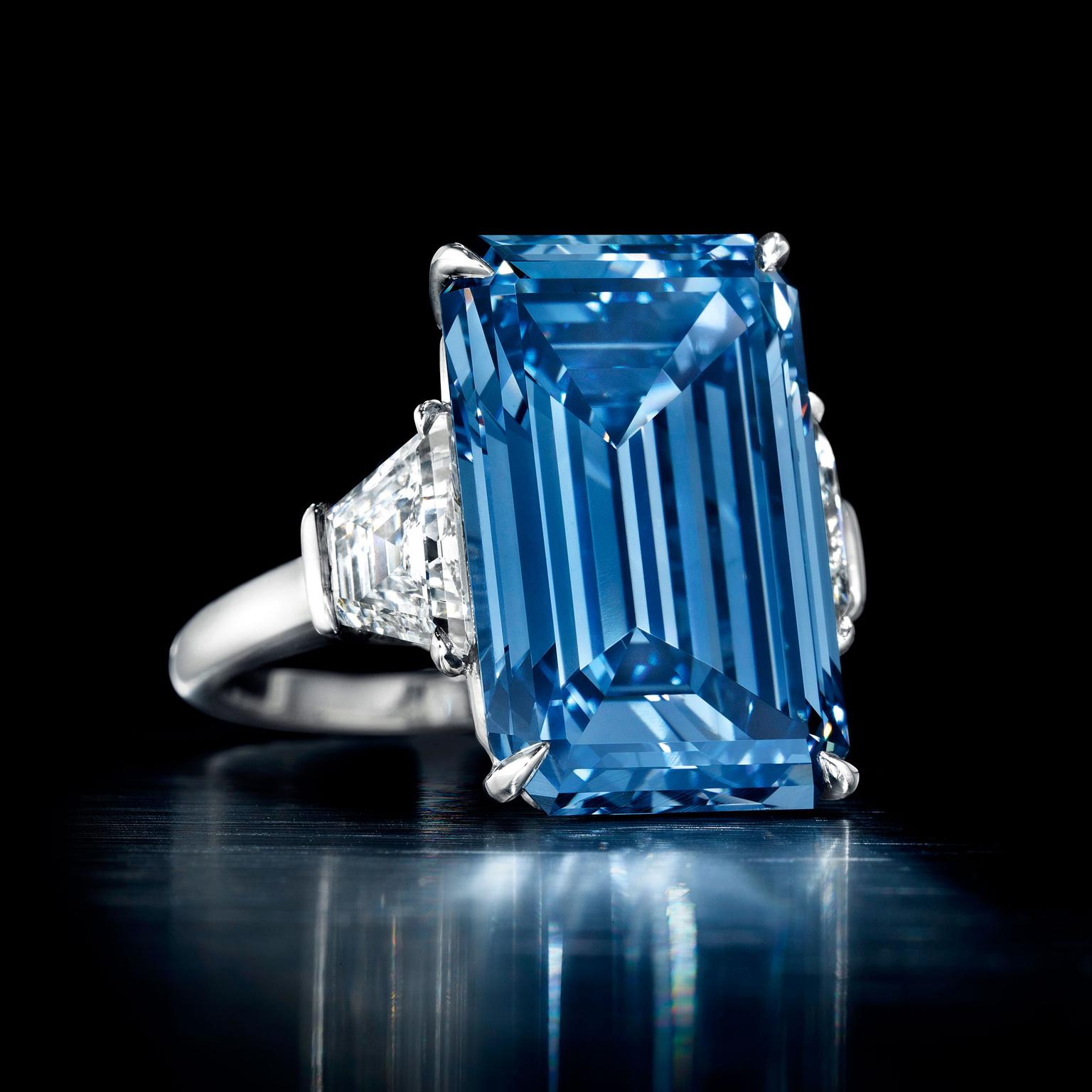 This spring auction season, gem connoisseurs all over the world will be keeping their eyes on a blue diamond dubbed “the gem of gems”, which is going under the hammer at Christie’s Geneva on 18 May. Even those of us who can’t afford to partake in the bidding will be mesmerised by the incredible gem, which goes by the name Oppenheimer Blue and. At 14.62ct, it is already a record breaking diamond as the largest Fancy Vivid blue diamond ever offered at auction.

The emerald-cut stone is named after its previous owner Sir Philip Oppenheimer, whose family controlled De Beers for 80 years before selling its stake to Anglo American Plc. in 2012. Boasting both a perfect hue and impeccable proportions, it is estimated to sell for $38-45 million at next month’s Magnificent Jewels Sale at Christie’s Geneva.

Given that the diamond is more than two carats bigger than the current record holder - the 12.03ct Blue Moon of Josephine, which sold for $48.4m at Sotheby’s Geneva last year - it certainly has the potential to become the world’s most expensive diamond. “The Oppenheimer Blue can only be described as one of the rarest gems in the world,” says François Curiel, chairman of Christie’s Asia Pacific and China. “It is the gem of gems.”

The auction on 18 May will also feature 46 lots from the collection of Princess Gabriele zu Leiningen's jewels, including signed pieces by Cartier, Boucheron, Tiffany & Co, and Van Cleef & Arpels. Born into a successful German entrepreneurial family, Princess Gabriele is a trained lawyer who worked as a consultant to UNESCO on equality and women’s rights. She gained her royal title when she married Prince Karl-Emich zu Leiningen in 1991, although the couple divorced seven years later. In 1998 she married Prince Karim Aga Khan, the 49th Iman of the Ismaili community, who founded the Aga Khan Development Network, which works to improve living conditions for the poor in Africa, Asia and the Middle East. During their 16-year marriage, the prince showered Gabriele with unique and extravagant jewellery gifts, bolstering her already substantial collection.

The star piece going under the hammer next month is the famous Pohl diamond, which was sold to the Chrysler family in 1943 and bought by Cartier in 1998. Cut from a 287ct rough stone, the D colour 36.09ct rectangular-shaped diamond is set into a Cartier ring and has a pre-sale estimate of $3.8-5.5m.

Another magnificent jewel is a Cartier emerald and diamond necklace with a detachable 39.7ct Colombian emerald, which is expected to fetch $2.5-3.5m. Van Cleef & Arpels fans will be delighted to see not one, but three mystery-set ruby and diamond jewels, including a brooch, ring and earrings. In total, the collection is expected to fetch $15 million and Princess Gabriele says she hopes the jewels will “continue to bring joy and happiness to their new owners”.

PREVIOUS ARTICLE Nature’s bounty through the eyes of Susan Wheeler NEXT ARTICLE Our favourite jewellery trends from Baselworld: part 2