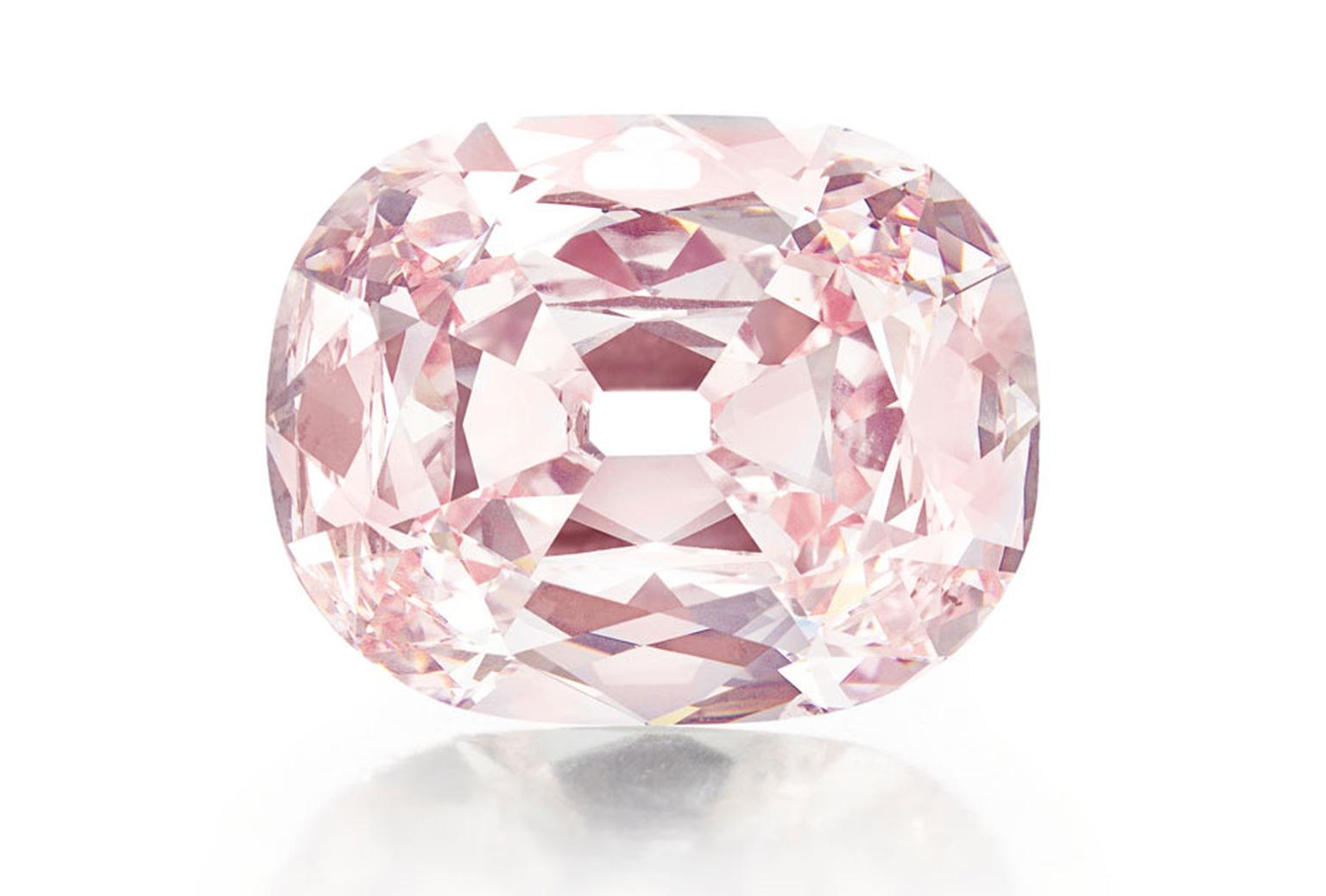 The sale price represents a new record for any jewel sold at Christie's, surpassing the previous house record of US$24.3 million set in December 2008 for the sale of the Wittelsbach Diamond.

The diamond was first recorded as belonging to the Royal family of Hyderabad, rulers of one of the wealthiest provinces of the Mughal Empire. First offered at auction in 1960 as 'Property of a Gentleman' (later revealed to be the Nizam of Hyderabad himself), the diamond was purchased by the London branch of Van Cleef & Arpels for £46,000, which corresponds to US$1.3 million today. Since then, it hadn't been up for sale for more than half a century. The diamond was named at a party at the firm's Paris store, where it was christened the 'Princie' in honor of the 14-year-old Prince of Baroda, who attended the party with his mother Maharani Sita Devi.

Pink diamonds are the rarest of diamonds, caused by stress in the crystal lattice as they rose up from the earth's mantel to the surface, which makes them a complete freak of nature. To get an idea of the rarity of the 'Princie', if you excavated a weight of earth the same size as the Rockefeller Center in NYC, where the auction took place, you might find a 1.0ct pink diamond. There is a 23.6ct pink diamond set in the Queen's Williamson Diamond brooch - part of her private collection of jewels at Buckingham Palace - and Lawrence Graff bought a type IIa emerald-cut fancy intense pink weighing 24.78ct for US$46 million in 2010 - the most expensive single jewel ever sold at auction.

Rahul Kadakia, Head of Jewellery for Christie's Americas and Switzerland, commented: "A major event took place in the global auction industry with the record breaking sale of the 'Princie' diamond at Christie's New York. Aside from Christie's sale of the legendary Collection of Elizabeth Taylor, this was the most successful jewellery auction ever held in the United States, and Christie's was proud to have orchestrated the sale of such an historic gemstone."