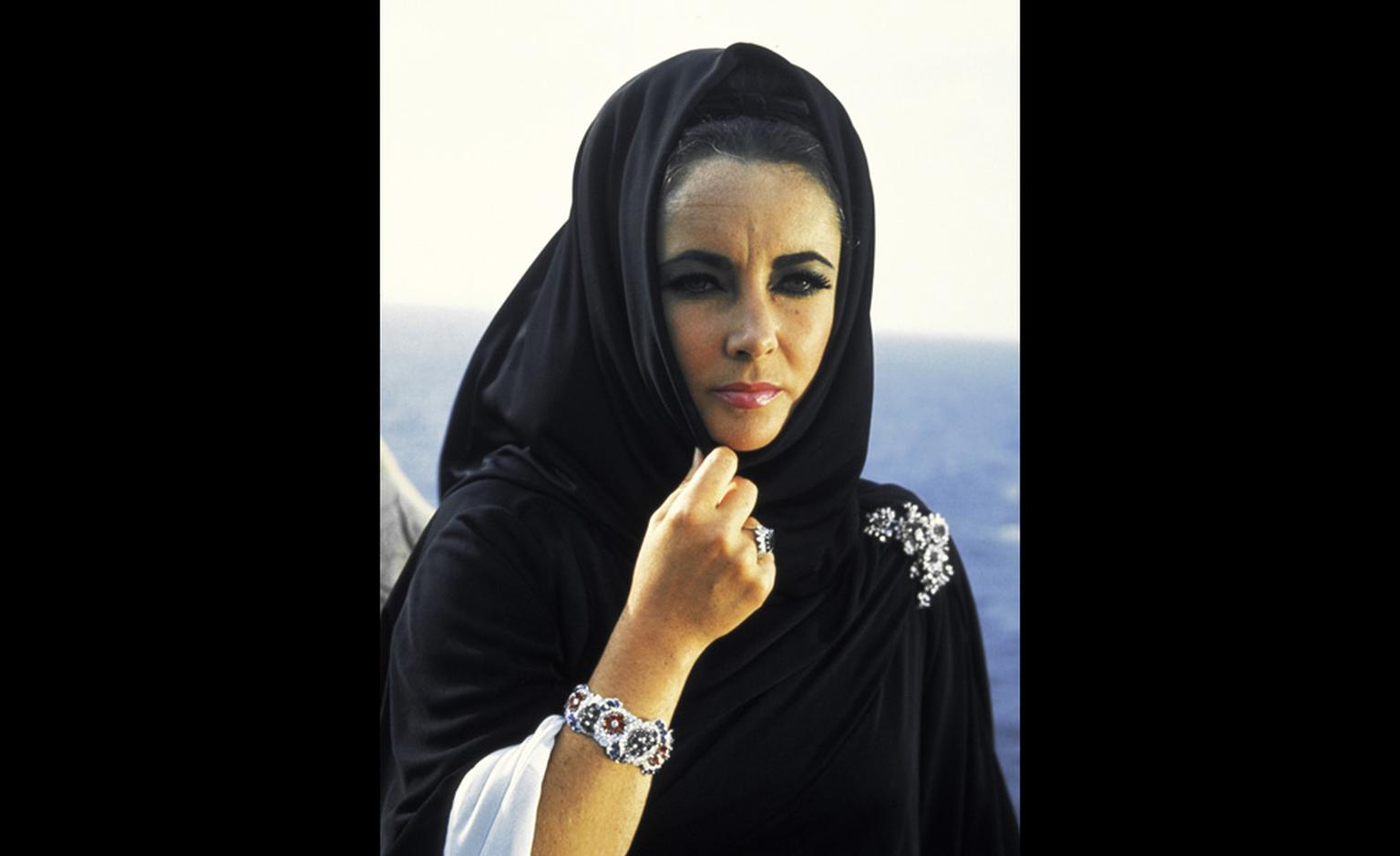 Many things have been said about Elizabeth Taylor, but Richard Burton's droll quip is the best: "I introduced Liz to beer, she introduced me to Bulgari." Here are some pictures of Elizabeth Taylor wearing fabulous Bulgari jewels, one of her favourite jewellery brands. According to Richard Burton, 'Bulgari' was the only word Elizabeth Taylor knew in Italian. Her personal collection of Bulgari jewellery is currently on show as part of the Italian house's 125th anniversary exhibition that is touring the world. Elizabeth Taylor first discovered Bulgari in 1962 when she was filming "Cleopatra" in Cinecittà with Richard Burton. She is quoted in her book "My Love Affair with Jewellery": "Undeniably, one of the biggest advantages to working on Cleopatra in Rome, was Bulgari's (...) shop. I used to visit Gianni Bulgari in the afternoons and we'd sit (...) and swap stories." Mention Taylor's links with Bulgari and her adulterous affair with co-actor Richard Burton comes to mind. Richard Burton took great pleasure in buying Elizabeth fabulous gems including the 65 carat cabochon sapphire and diamond sautoir with bold geometric designs.  Another famous Bulgari gift from Burton to Elizabeth is the emerald parure as shown in the 1965 shot above. She wore the emerald necklace to meet HRH Queen Elizabeth II as well as for the photoshoot with Helmut Newton in 1985 in Los Angeles. Holding a parrot in one hand, hair slicked back and fully made-up, Taylor appears to be wearing nothing other than the emerald parure. The Bulgari/Burton cocktail had a strong effect on Elizabeth Taylor. "I used to get so excited, I would jump on top of him and practically make love to him in Bulgari," Taylor is quoted as saying in The New York Times in 2001. Elizabeth Taylor not only wore her jewels to parties and photoshoots but also on the sets of her films which gave the world a view of her magnificent collection. Her collection included a gold Serpenti bracelet watch that slithers up the arm with a diamond head and tail and emerald eyes;  iconic 'coin' necklaces from the 1980's and a set of white and yellow diamond earrings, ring and brooch. With classic flair, Elizabeth Taylor was seen wearing the brooch in her turban with Aristotle Onassis at the Lido in Paris in 1964. Bulgari  has kindly let me use these images of La Taylor looking magnificent in splendid in her jewels. She sets the benchmark of how to wear hugely valuable, large jewels with such style. Few women, other than royalty can pull a full parure (set of necklace earrings and ring) of emeralds and diamonds that size and still look like they are having a good time. Her jewellery legacy is one that will make history.  Let's hope that her refined eye for choosing jewels, means that wherever the contents of her safe end up - and bets are on an auction to benefit AIDS charities - they will help those who most need it. Find out more details about Elizabeth Burton's enduring love affair with Bulgari by clicking here.