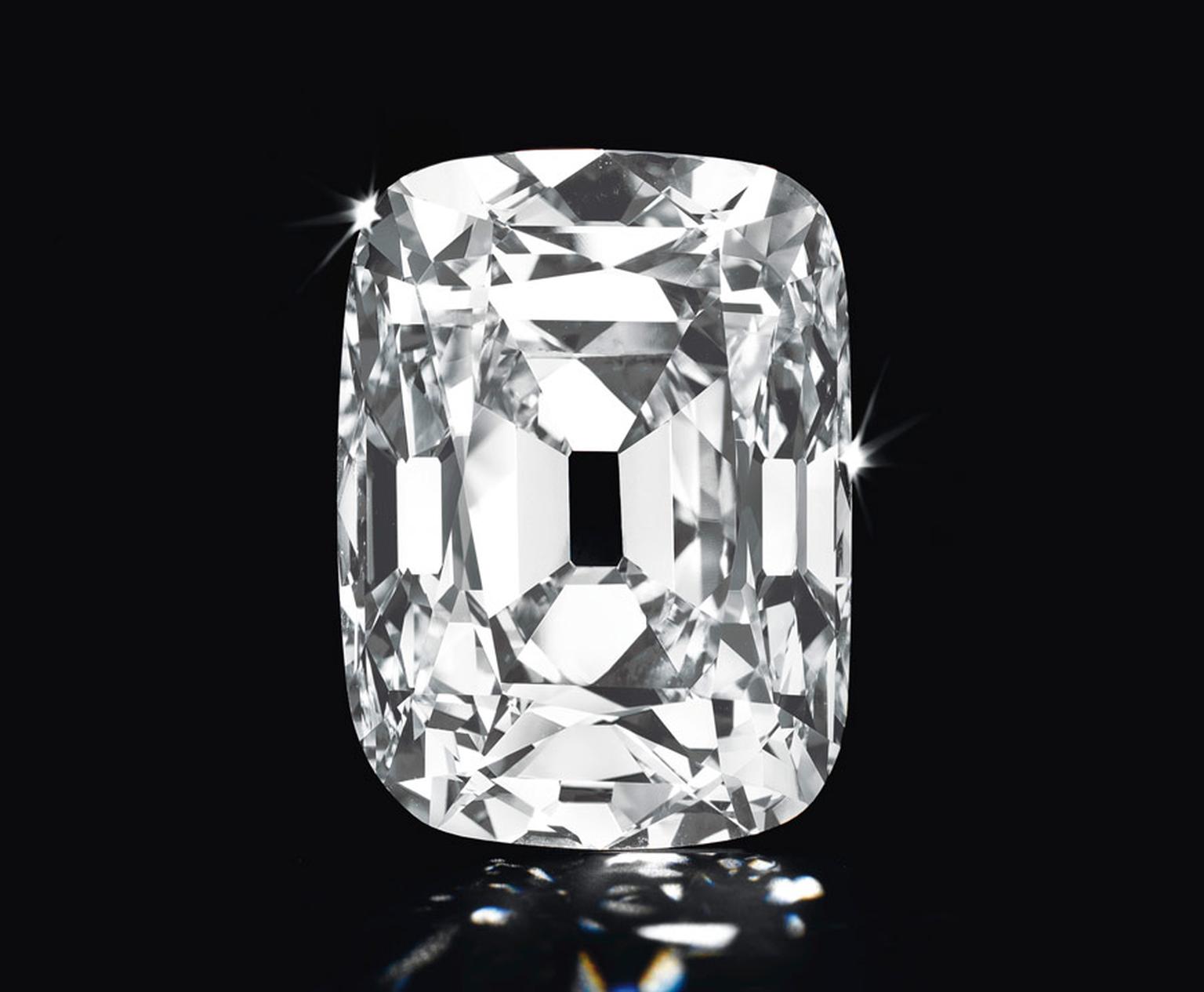 On 13th November, Christie's made history when the hammer came down at US$21.5 million for the Archduke Joseph diamond that has a pre-sale estimate of over $15 million. This is the world record for a price paid for a colourless diamond, as well as the world record for a Golconda diamond and the highest price ever paid per carat for a colourless diamond.

The sale totalled an impressive $85 million. The sale also marked a record year of auctions for Christie's Geneva, with the most succesful year ever for Christie's jewellery department that has sold more than $195 million worth of jewels. The Archduke Joseph diamond is an impressive 76.02ct D, IF Golconda diamond. This is not just a famous diamond - it is also one of the rarest. Golconda diamonds from the now-depleted Indian mine - which has yielded the well-known Koh-i-Noor diamond, which is part of the British crown jewels, and Harry Winston's blue Hope diamond, now on display at the Smithsonian in Washington - are highly sought after.

The Archduke Joseph diamond has the purity and clarity that is the trademark of a Golconda diamond as well as an intriguing provenance. Named after Archduke Joseph August of Austria, it is not known when the diamond was acquired by the Archduke's family. Palatine of Hungary, August lived from 1872 to 1962 and was the great grandson of Emperor Leopold II through his father and the great grandson of King Louis Philippe of France through his mother. After a distinguished military career as Field Marshal of the Austro-Hungarian Army in 1918, he emigrated briefly to America when Hungary was occupied by the Soviet Union at the end of World War II.

It is believed that the diamond was passed down to August's son and left in the Hungarian General Credit Bank in 1933. Unlike so many historical treasures of the period, it escaped the attention of the Nazis and, after decades of mystery, it reappeared at auction in 1961 in London. Slightly recut to 76.02ct, the diamond is now graded as Internally Flawless and exhibits the characteristic limpid transparency for which Golconda diamonds are renowned.

Rahul Kadakia, Head of Jewellery, Christie's Americas and Switzerland, sums up its allure: "The Archduke Joseph Diamond is the finest and largest perfect Golconda diamond ever to appear at auction. It is comparable in its noble lineage and superb quality to the legendary Koh-i-Noor diamond that forms part of the crown jewels of Great Britain. It is particularly fortuitous to bring this historic gem back to market in the year of Her Majesty the Queen's Diamond Jubilee."

As impressive as the Archduke is, there was still a lot to capture the eye in this dazzling collection of lots, including an unmounted, rectangular-cut fancy vivid yellow diamond weighing 70.19ct, that was estimated at $3.1 to $5 million. There's also the 18th-century Indian emerald and diamond sarpech, estimated at $370,000 to $580,000. Although both final sales of these two were undisclosed, there was a wealth of colour to admire besides Indian emeralds too, including yellow, pink, blue and "chameleon" diamonds, Burmese rubies, Colombian emeralds, Kashmir sapphires, natural pearls and signed jewels. There's also the Cindy Chao 2012 Black Label Masterpiece brooch, a colourful delight in the form of a butterfly. Taking a painstaking two and a half years to create, it is made of white gold and titanium and set with a variety of gemstones: one pentagonal-cut diamond at 3.01ct and 2,299 diamond pieces totalling 76.1ct, not to mention 23.24ct of sapphires. This went for $954,102, from an estimate of $206,035-$253,582.