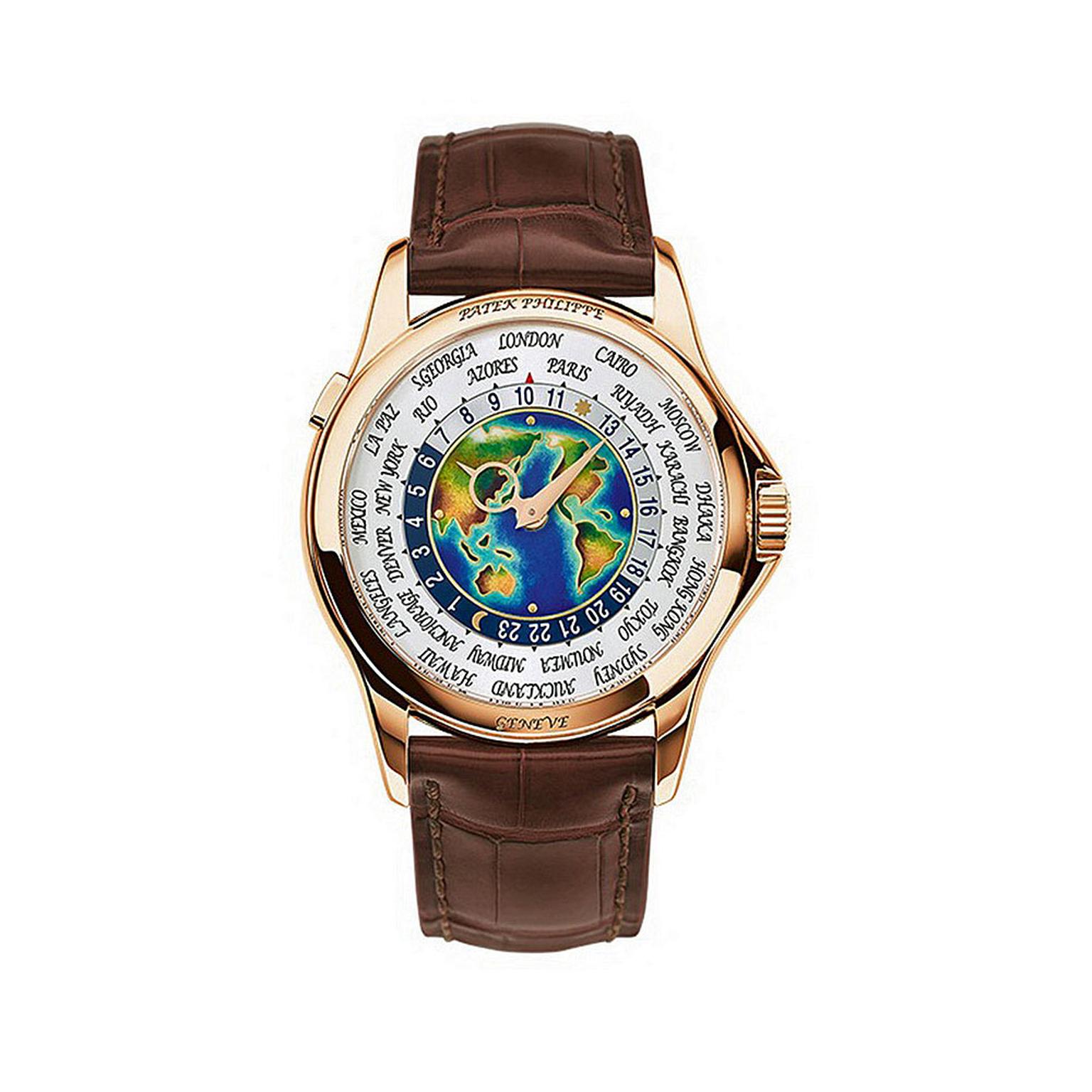 Do you accumulate air miles with abandon, refer to cities by their airport codes, or keep a box with currencies from around the world? If you have answered yes to any of these questions, you might well have caught the world traveller bug. As an expert at negotiating time zones and deciphering menus in exotic languages, let’s take a look at some of the world time watches that could best fit with your globetrotting lifestyle.

The names of these handy travel companions can be confusing. There are GMT (aka dual time) watches, and world time (aka universal time) complications, and naturally there are distinctions to take into account before deciding which model is right for you and the cabin class you are used to flying.

Starting in first class we have world time watches - the most complete travel companion for displaying the time in 24 cities around the world. World time watches usually feature a ring with the names of the cities to represent the time zones, as determined by Greenwich Mean Time (GMT), the standard adopted in 1884.

We recently reviewed the Louis Vuitton Escale Worldtime Minute Repeater, a prodigy of horology, colour and design, with a first class price tag of €280,000.

World time watches really came to the fore with the advent of air travel, although the format relies on an invention by Louis Cottier. The Genevan watchmaker devised an ingenious mechanism in the 1930s to display world time at a single glance, based on a peripheral ring inscribed with the names of cities or locations in each of the world’s 24 time zones, connected to a rotating 24-hour ring. The invention was incorporated into watches by Patek Philippe and Vacheron Constantin, and also by watchmaker Agassiz into the Winston Churchill World Time Victory watch coming up for auction at Sotheby’s in London next week.

Patek Philippe is renowned for its multiple time zone models, and a beautiful world time watch in rose gold - Ref. 5131 - was released this year with an artistic cloisonné enamel dial representing the continents.

A more contemporary approach to world time comes from Richard Mille watches in the form of the RM 58-01, which was created for Jean Todt who, as president of the FIA - the governing body for world motor sport - is permanently travelling. Displaying all the time zones at a glance, the watch also has a tourbillon at 9 o’clock and an openwork dial revealing parts of the complex movement - a nice way to while away the hours between flights.

Not all world time watches come with first-class price tags, however. The Orbis Terrarum model from Montblanc watches can be bought in luxury rose gold for approximately €13,900, while the practical stainless steel version comes in at €4,990. The fascinating Orbis Terrarum presents us with a view of the world from the North Pole, but what makes this watch unusual is the fact that the continents, which are cut out from the sapphire crystal glass, actually change colour, darkening to represent the night, and lightening during the day.

For a more contemporary take on travel watches, the Zürich Worldtimer True Blue from Nomos watches is a very cool, cosmopolitan contender. In just a few clicks of the pusher, you can travel through 24 time zones without ever losing reference to the hour back home thanks to the red home icon.

Frédérique Constant’s Worldtimer Navy Blue is a handsome co-pilot for globetrotters, featuring an anthracite grey dial representing the continents. To use, pull out the crown, select the desired city and place it at the 12 o’clock position on the dial. The internal discs will then automatically synchronise to the time in 23 other cities around the world.

With one of these on your wrist, the world time really is your oyster.