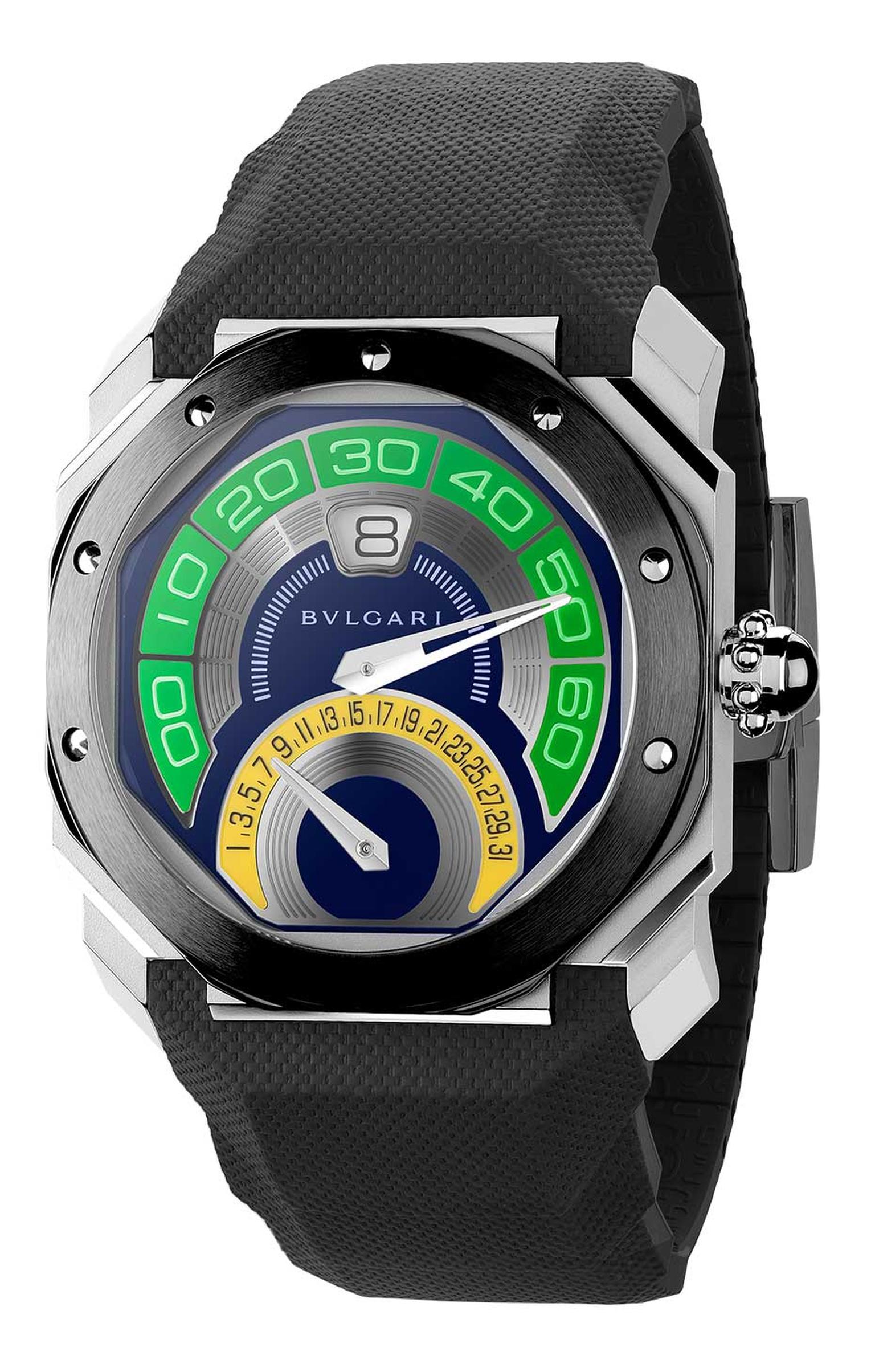 As the world prepares to watch the World Cup final, we take a look at the watch brands who have marked the occasion with special-edition football watches.

More than 3 billion spectators will be riveted to their television screens as the FIFA World Cup reaches the grand finale on 13 July in Rio's Maracana Stadium. It's a marketing opportunity from heaven that strikes once every four years and, as was to be expected from a brand that has made ubiquity a trait, Hublot has proved the deadliest striker on the pitch.

Unlike watch brands that have produced bespoke editions of their sportier chronographs for independent football teams, Hublot cinched a deal as the official timekeeper and watchmaker of the FIFA. In the luxury watch business that has long patronised elite sports like golf, polo and tennis, Hublot's decision to join the masses on the pitch created shock waves in the industry.

The new referee board, bandied around the sidelines by the fourth official to show the additional time periods and signal player substitutions, has been redesigned to simulate a Hublot watch face. And with choice ambassadors like Pelé, Falcao and Maradona - who wears a watch on both wrists - there is no doubt which watch company has secured an early trophy.

The official watch of the World Cup is the Big Bang Unico Bi-Retrograde Chrono, the first ever Hublot watch with a bi-retrograde function designed specifically to time football matches. Nicknamed the Soccer Bang, the two retrograde hands at the top of the dial clock the time of each 45-minute half of a match, with extra time included. Just in case you get distracted, a convenient jumping date window in the centre of the dial indicates first half, half time, second half and end of match.

With Brazil's national colours on the dial and the World Cup logo on the sapphire crystal caseback, the watch has been produced in limited editions. The 385 components of calibre HUB1260 are housed in two formidable 45.5mm cases: a King Gold case with a carbon fibre bezel, limited to 100 pieces, and a black ceramic version limited to 200.

In spite of having been eliminated, it would be hard for an Italian-born brand not to succumb to the allure of calcio. Like the great Russian composer Dmitri Shostakovich, who declared that "football is the ballet of the masses", Bulgari has shown how graceful its architectural Octo Bi-Retrograde model can look with carioca colours. The yellow, blue and green enamels have been incorporated on the dial using champlevé enamelling. Limited to just 50 pieces, this eye-catching watch features a jumping hour window at 12 o'clock and retrograde minute and date indicators. The watch sports a 43mm case in steel with ceramic and rhodium inserts and comes equipped with a mechanical self-winding Calibre GG7722 with a 45-hour power reserve.

Parmigiani Fleurier has also aligned itself with the sport, signing a deal in 2011 with the Brazilian Football Confederation (Confederação Brasileira de Futebol), the governing body of Brazil's national football team. With a stripy blue background on the dial, the 45mm Pershing CBF chronograph for men celebrates the brand's bond with Brazil and features five green stars at 3 o'clock, which represent Brazil's five World Cup victories. Equipped with an automatic PF334 chronograph movement, the question is whether a sixth star will have to be incorporated on the dial this year? 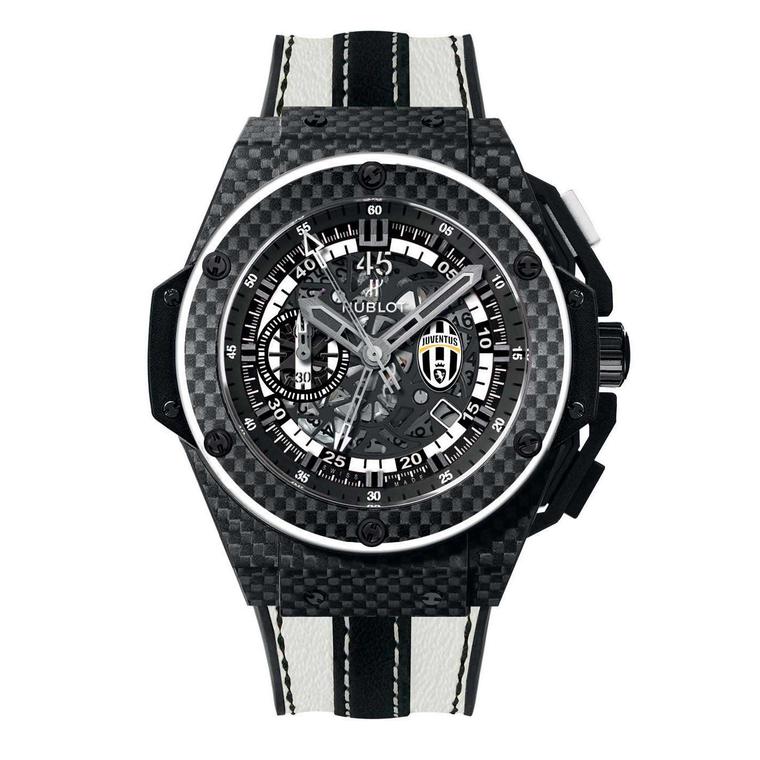 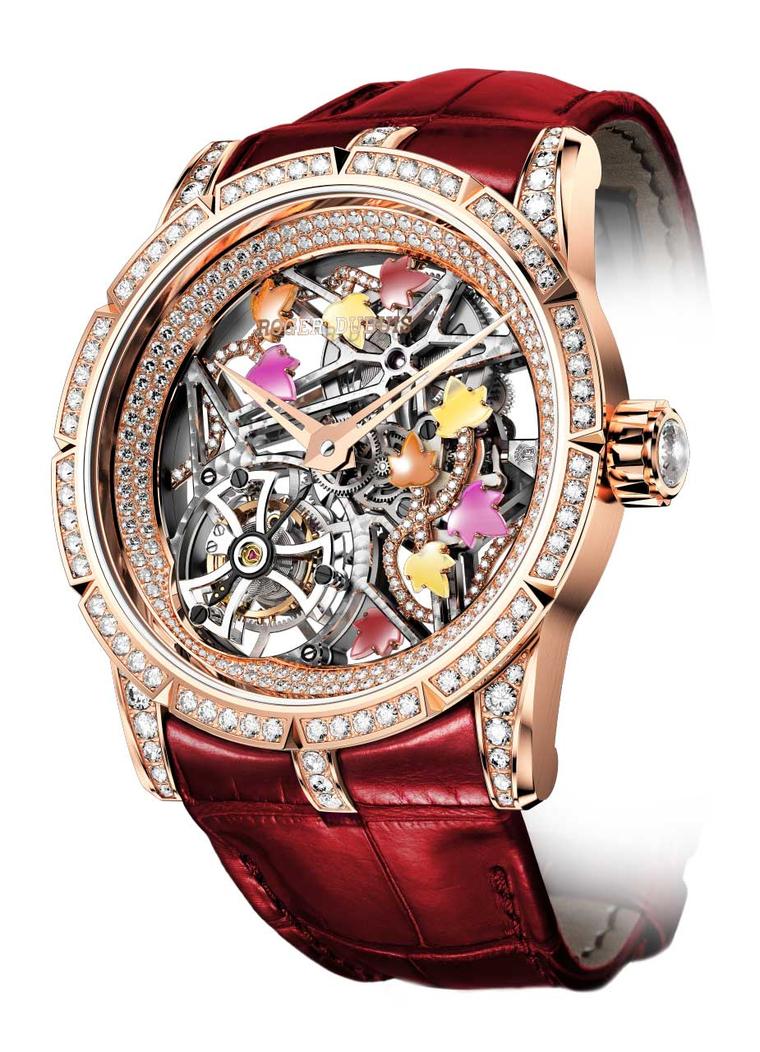 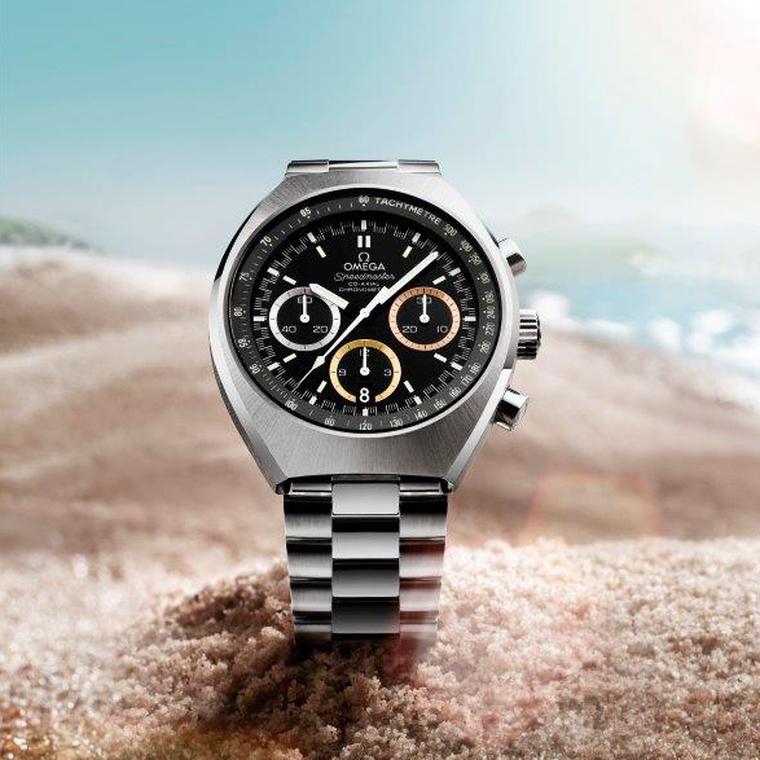