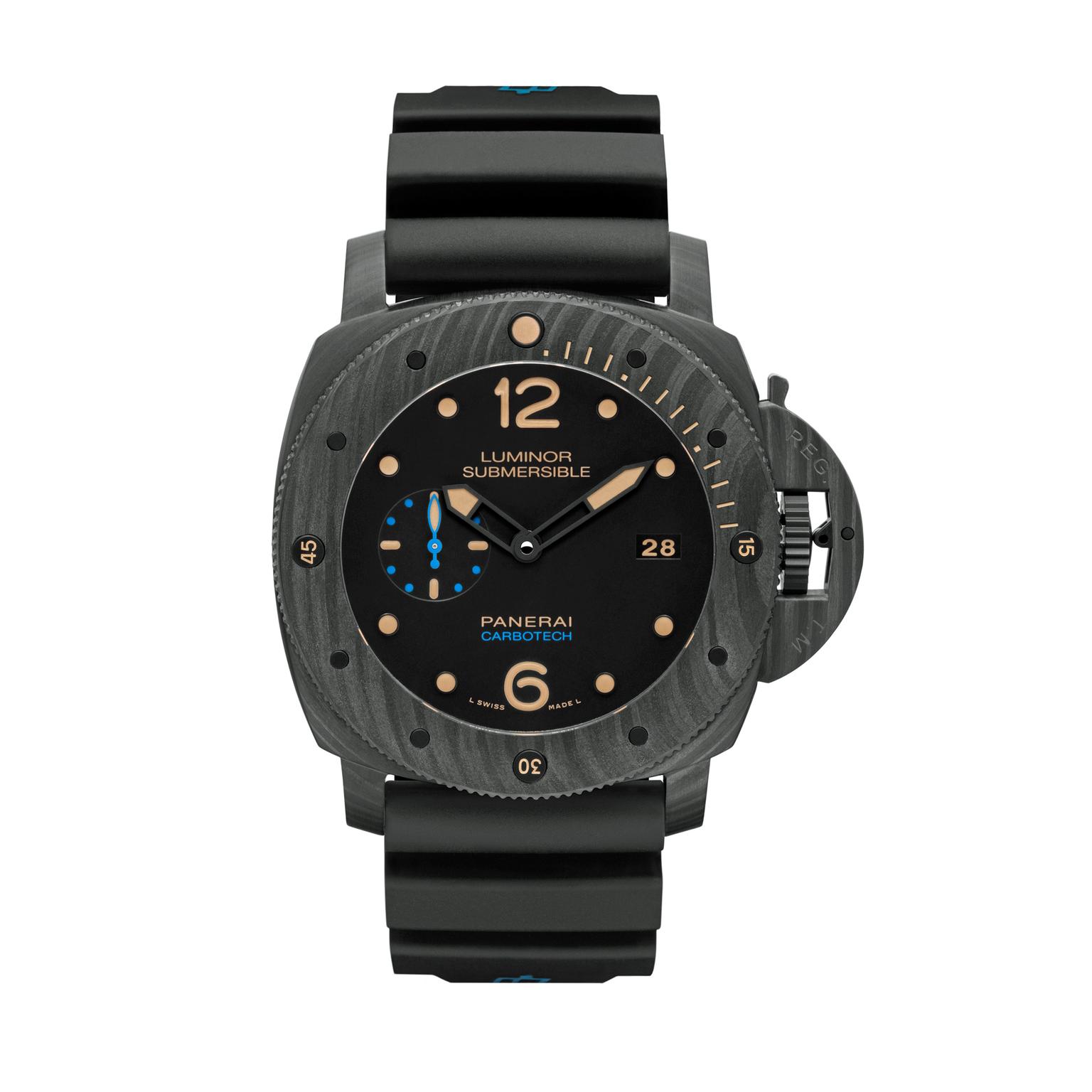 Few brands can boast such an action-packed underwater past as Panerai. As the official purveyor of luminous dive watches to the Italian Royal Navy, Panerai timepieces were worn by torpedo frogmen for their covert operations during WWII, resurfacing as a civilian brand in the 1990s.

Following the birth of the Panerai Radiomir watch in 1936, the Luminor, with its distinctive crown-protecting bridge to enable deeper dives, first made the plunge in 1950, confirming the brand’s vocation as a maker of professional hard-core dive watches. The new 47mm Luminor Submersible 1950 Carbotech watch perpetuates the myth and comes with a blast of modernity thanks to its innovative Carbotech case and bezel - a material with a unique grain borrowed from the automotive sector. Lighter and stronger than ceramic, the Carbotech case houses a three-day, in-house automatic movement and features the brand’s hallmark green luminescence, which originally helped guide the frogmen on their missions. This nautical beauty features in one of the many ranges of Harrods watches and is a snip at £12,700.

What is particularly interesting for watch fanatics is the fact that the movement and case of the first Panerai watches were entrusted to Rolex. Rolex was the true pioneer in the conquest of water-resistance, following the 1926 presentation of the Oyster - the world’s first waterproof watch put to the test in 1927 on an epic cross Channel swim undertaken by Mercedes Gleitze. The humble predecessor has since evolved into a range of professional dive watches, which are now solid industry references. The Sea-Dweller 4000, for example, was developed in 1967 specifically for “aquanauts” and featured a helium escape valve - an ingenious safety device to release the build up of helium, just like the decompression process divers have to undergo to eliminate the toxic gas after a deep saturation dive. Revisited in 2014, the 40mm Sea-Dweller 4000 is water-resistant to 1,220 metres and the king of the abyss at £8,050.

Read more about the history of Rolex watches

The Fifty Fathoms range of Blancpain watches were created in 1953 for French combat divers - an elite group of frogmen deployed to prevent acts of underwater sabotage. Many of the features developed by Blancpain for the combat divers have become standard features on diving watches, such as the black dial with clear luminescent markings and a unidirectional rotating bezel, which couldn’t accidentally be dislodged and lead to erroneous time readings during an immersion. Even Jacques Costeau wore a model for his underwater adventures and during the historic film Silent World. This year, the Fifty Fathoms Bathyscaphe dive watch was presented in a luxurious 43mm red gold case. The signature codes of the original model are all there, with a domed black dial punctuated only by lines and dots read off by rectangular hands that emulate those featured on the 1950s models. Powered by automatic calibre 1315 with a 120-hour power reserve and water-resistant to 300 metres, this handsome watch will set you back £17,740 and will look as good underwater as in the boardroom.

For fans of the America’s Cup race, the name of the Omega Seamaster Diver 300M ETNZ will pose no mystery whatsoever. The Auckland-based sailing team known as ETNZ - Emirates Team New Zealand - won the America’s cup in 1995 and 2000, and is currently building on its lead in the America’s Cup World Series in Bermuda, hoping to take home the coveted trophy when the race comes to a head in 2017. Omega watches have been a long-time supporter of the Kiwi team, and this sporty sailing mate is ideal for landlubbers and sailors alike. A proper regatta watch equipped with a five-minute countdown function to time the start of a race, the chronograph has been given a high-tech sailing boat feel by combining titanium, black ceramic and rubber with touches of racing red on the pusher and subdials. Its rugged 44mm titanium case is designed for life on deck and features pronounced chronograph pushers and superlative blue light luminescence to illuminate the main functions on the dial in even the thickest fog. The cool matte black unidirectional rotating bezel and helium escape valve belie the fundamental nature of this dive watch, which can fathom up to 300 meters unscathed. Powered by Omega Co-Axial calibre 3330, the automatic chronograph will keep sailing for 52 hours straight and can be purchased from the Harrods watches department for £4,935.

Read more about diving watches created for the America's Cup

There is no mistaking the provenance of this beefy dive watch. First launched in 1993 by Audemars Piguet, the Royal Oak Offshore collection made an impact with its high-tech macho profile, oversized cases and octagonal bezel. This 42mm diver model comes in a robust stainless steel case and features the classic chequer board pattern on the silver-toned dial. The screwed-down octagonal bezel and crowns covered in black rubber are very in keeping with the scuba diving aesthetic and keep the automatic movement protected to depths of 300 metres. This range of Audemars Piguet watches comes in at £13,900.

PREVIOUS ARTICLE Top 5 limited-edition watches at Harrods NEXT KNOW-HOW Why should I buy an ethical engagement ring? 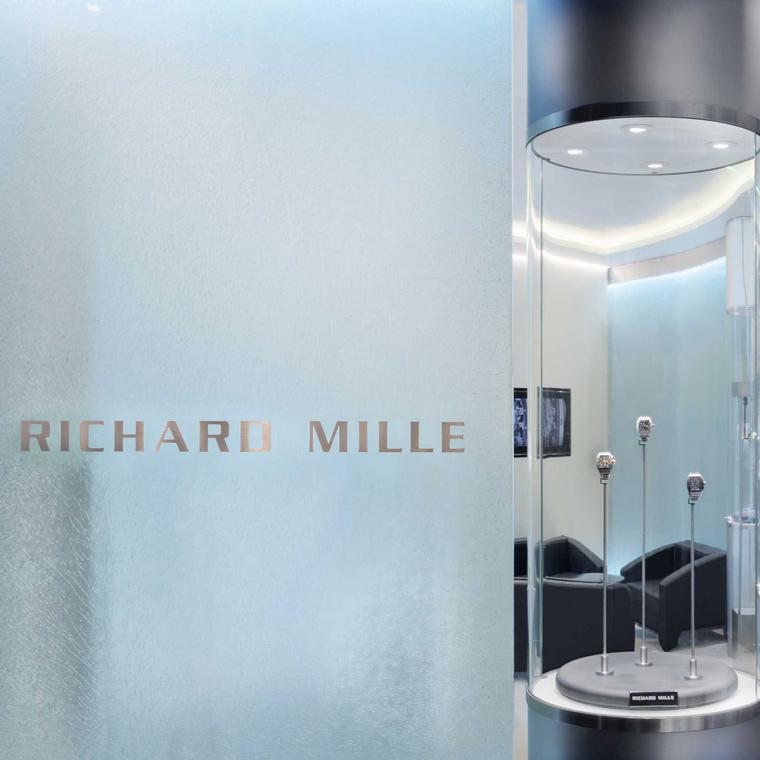 Get hands-on at the new Richard Mille store at Harrods 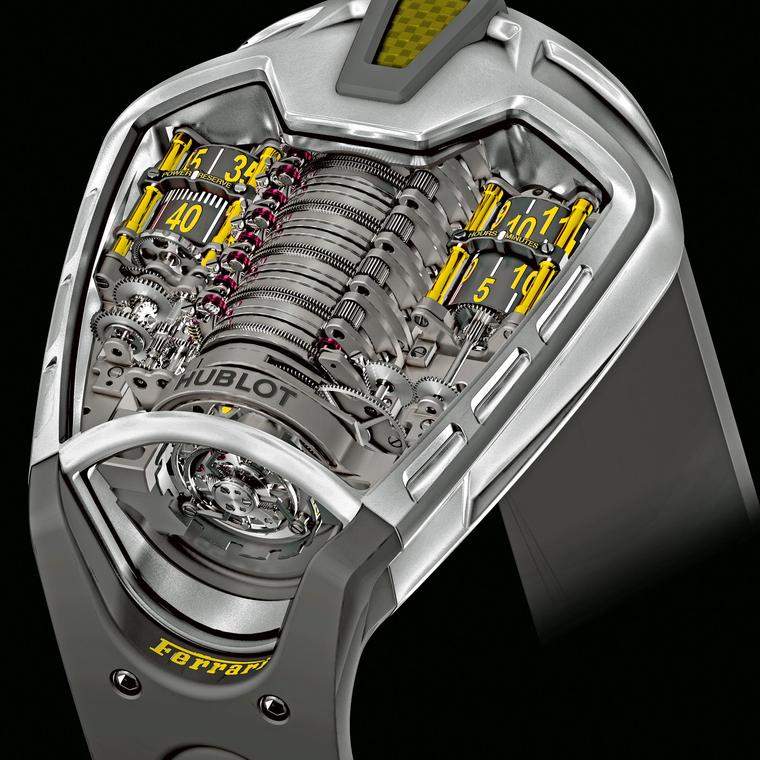 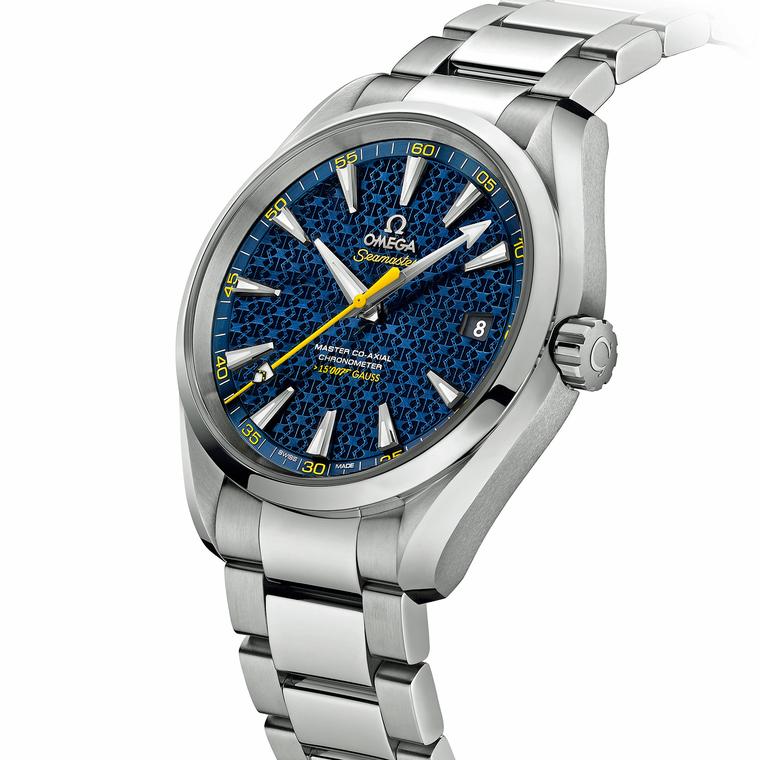