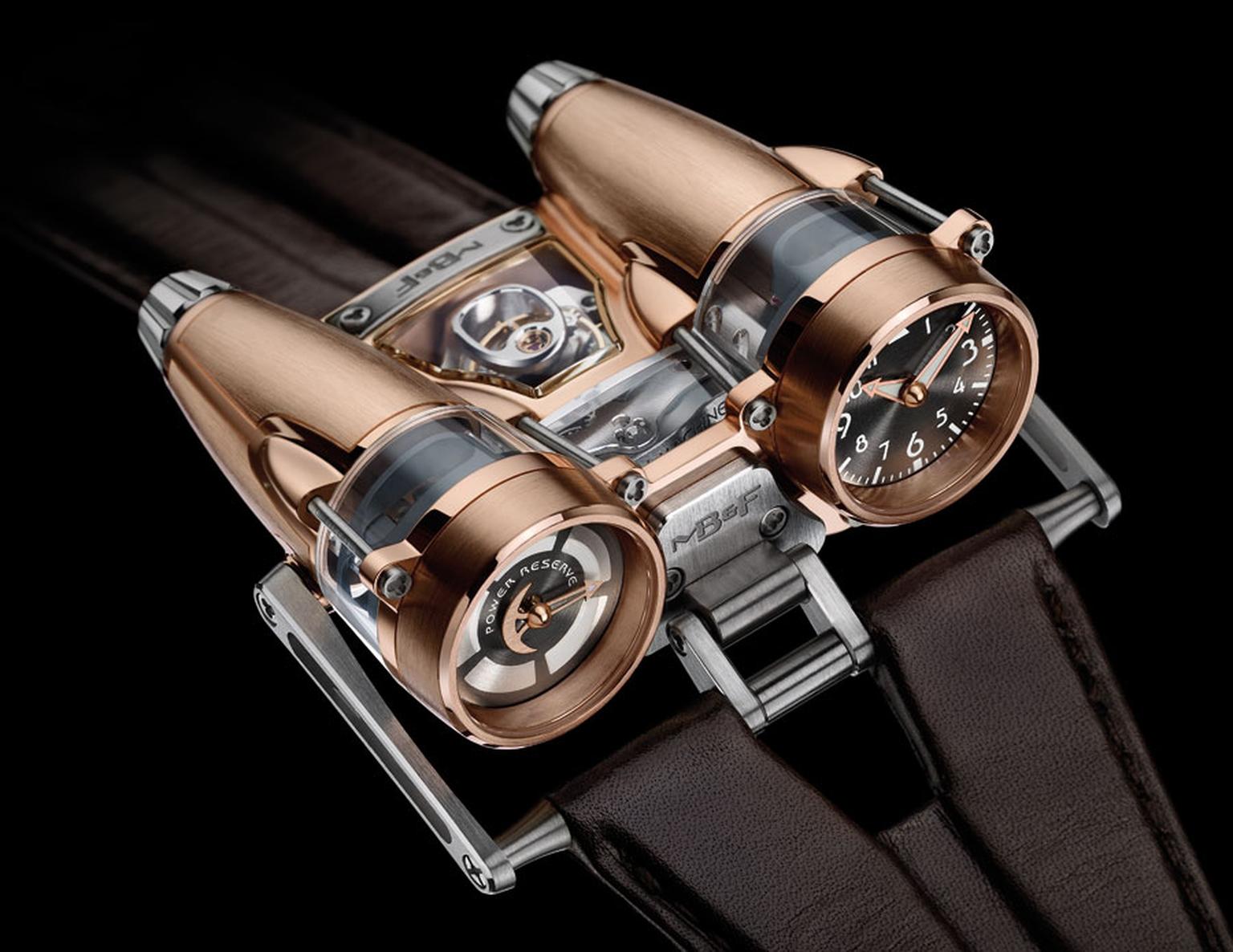 BaselWorld has something for everyone, from the straight-up, classic three-hand watches to wrist-wear that barely resembles a timekeeper at all. Here are a few weird and wonderful watches to look out for if you happen to have a taste for the bizarre, a couple of hundred thousand pounds to spare and are planning on being in Basel next week.

MB&F is starting to make a name for itself as the go-to brand for über-luxe techno madness known as 'Horological Machines' (hence the HM names of each series), as witnessed in the HM 4, which resembles a jet turbine for the wrist. Highly sought after and very limited in production, these could well qualify as the smallest, most expensive boy toy on the market.

The Genie 01 by Breva is, believe it or not, a mechanically powered and operated weather station for the wrist. It is the very first of its kind, developed by Jean-François Mojon and movement maker Chronode. The dial displays barometric pressure, weather forecasts, altitude and, of course, the time. Available in pink or white gold only 55 pieces of each will be made.

And by now we know to expect nothing but the most unusual of ideas turned into watches from ArtyA. We've had volcanic ash, rust from the Titanic and fossilised faeces, so a guitar-shaped watch is not the least bit surprising at all. The tuning pegs are pushers to set the hour hand, minute and date disks and wind this musical watch.

Hautlence presents the HL2.3, a new titanium model in the HL2.0 series with a price tag of 180,000 Chf. Founded by a young team only nine years ago, this micro-brand specialises in devising new ways of displaying the time, often accompanied by dramatic avant-garde designs. All the watches in the HL2.0 collection display hours on a 12-link chain and the minutes are counted on the retrograde arc. The automatic movement is made in-house and visible from the front of the watch, which boasts three patents for the trailing-hours chain, the mobile bridge movement and the two barrels. And in case you were interested, the name Hautlence is an anagram of Neuchâtel, the Swiss town closely associated with watchmaking.

Peter Speake-Marin, more normally associated with sober, traditional designs, lets rip this year and adorns his dial with a pair of what appear to be co-joined skulls. Beautifully made, this is one for punctual necromancers with deep pockets. 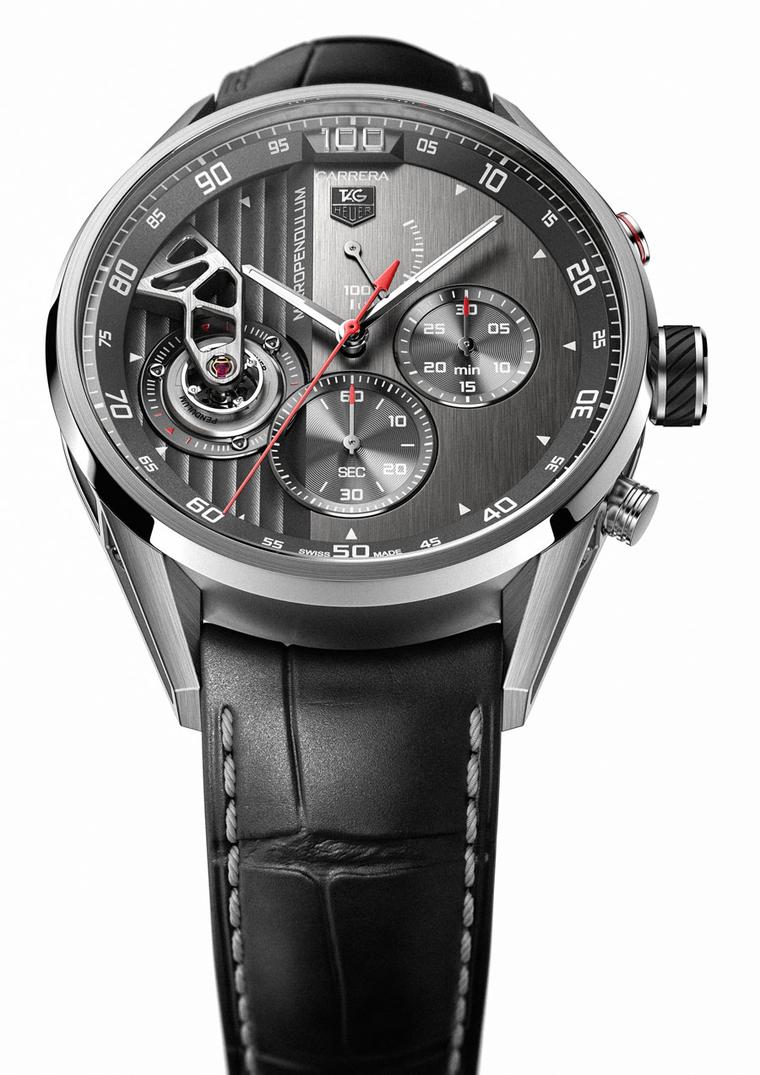