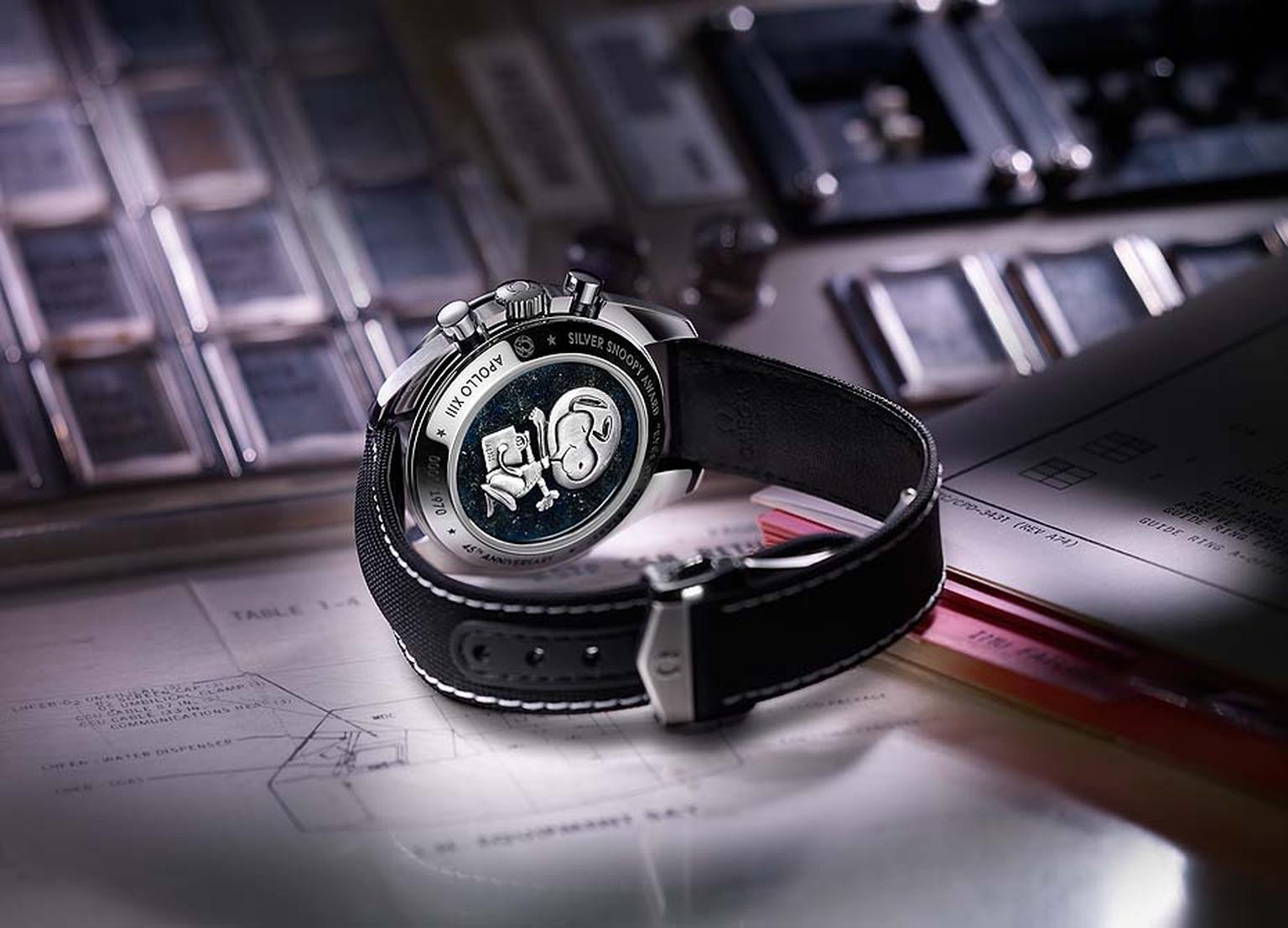 Omega watches has earned itself a distinguished place in space history with its iconic Speedmaster '57, the men's watch worn on the Apollo 11 1969 Moon landing, which would affectionately become known as the Moonwatch. The Speedmaster was also an invaluable companion on board the less successful Apollo 13 Mission of 1970. During this troubled "Houston, we have a problem" mission, Omega's Speedmaster watch saved the day. An explosion of a reserve oxygen tank compromised all the timekeeping mechanisms on board: except one. Commander James Lovell relied on his Speedmaster to time, within a fraction of a second, the extremely critical firing of the re-entry rockets, allowing for the safe return of his crew to planet Earth.

To celebrate the teamwork, quick thinking and ingenuity displayed by Commander Lovell and his crew, Omega watches has placed the world's best-loved beagle Snoopy on the back of the caseback of this Speedmaster. The Peanuts character was in fact adopted as a NASA mascot and presented to Omega in 1970 in recognition of the watch brand's lifesaving contributions to the entire Apollo programme.

Showcased at Baselworld watches, the black and white dial of the new Speedmaster Apollo 13 Silver Snoopy Award men's watch is inspired by the renowned black and white Peanuts comic strip of Charles Schulz. A thoroughbred Speedmaster, with its black ceramic tachymeter scale and chronograph counters, there are some fun details on the dial, such as the dozing Snoopy in the small seconds counter. Between 12 and 3 o´clock, the question "What could you do in 14 seconds?" is a direct reference to the 14-second, mid-course correction that the Apollo 13 astronauts timed with the Omega Speedmaster, allowing them a safe re-entry. On the caseback, a delightful rendition of Snoopy floating in space, featuring the series number of the watch out of the 1,970 limited-edition pieces. Equipped with the same Omega calibre 1861 manual-winding movement used in the original Moonwatch, this men's watch is destined to become a collector's item and is perfect for gifting as best men's watches.

When it was introduced in 1969, Zenith watches El Primero timepiece also made horological history. It was called El Primero because it was the world's first high-frequency, automatic chronograph. Beating at 36,000 vibrations an hour, El Primero could capture elapsed times to the nearest 1/10th of a second, making it the world's most accurate chronograph. Distinguished by the three different-coloured chronograph counters on the dial, El Primero accompanied Colonel Blashford-Snell on his expedition to the Darién Gap, and in the world's first freefall flight attached to Felix Baumgartner's wrist, to break the speed of sound in 2012.

At Baselworld watches, El Primero has been cased up in a beefy 45mm stainless steel case with its crown and pushers ribbed to ensure optimal grip. Ideal for gifting as best men's watches, the new El Primero Sport collection has all the hallmarks of the El Primero family except for the fact that the chronograph counters match the colour of the dial, which is presented in silver or slate-grey tones. A detail Zenith watches fans will pick up on is the star emblem of the brand on the chronograph sweep-seconds hand. Inside the case, the guarantee of an El Primero 400 B high-frequency movement with a solid 50-hour power reserve, which can be taken down to depths of up to 200 metres. 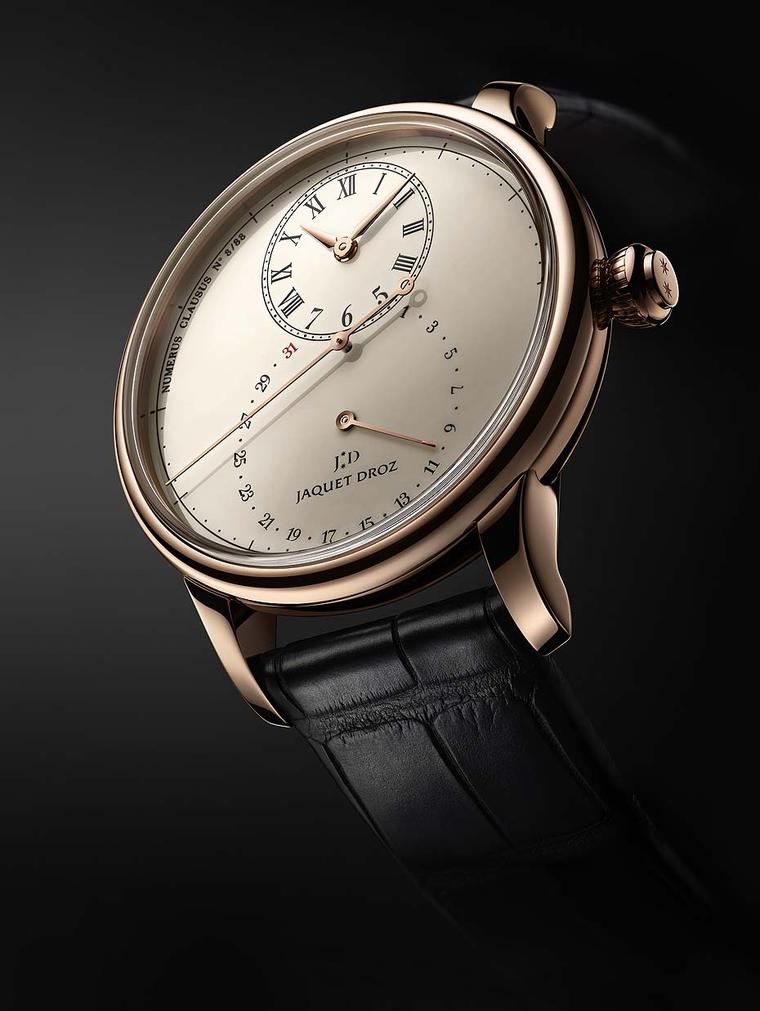