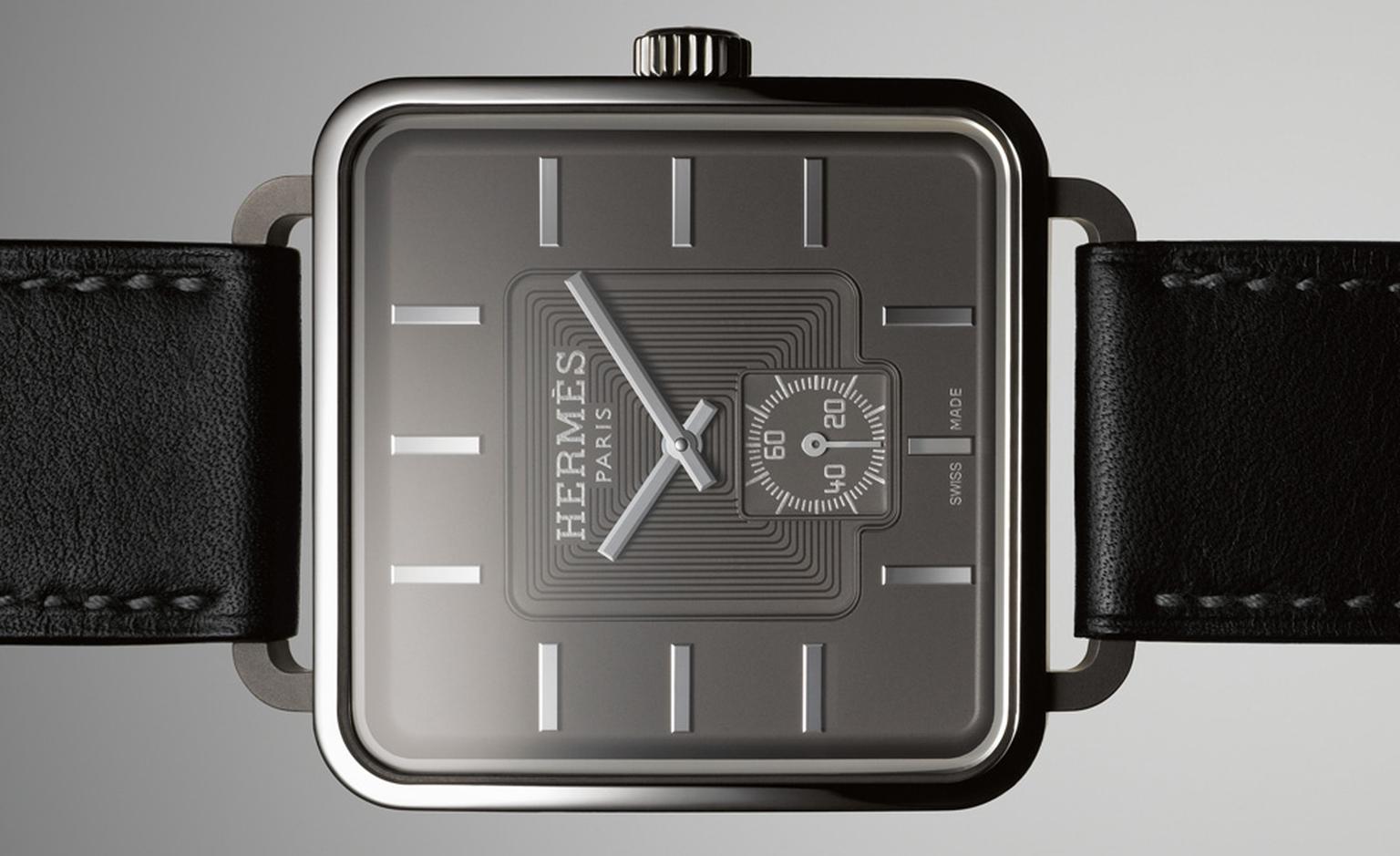 "Supple, accurate and anthropomorphic," is how Pierre-Alexis Dumas, Creative Director of Hermès describes the new Carré H watch. Designed in conjunction with the architect and designer Marc Berthier whose many accolades include the 'Grand Prix de la Création Industrielle' from the French Ministry of Culture. Berthier, who is known for his designs based on lightness, movement and sustainable development has worked on everything from furniture to handbags and mobile phones for the Japanese market. Berthier's love of clean, taut lines led to this domed square shape with rounded corners which answered to Hermès' brief of creating a watch that a travelling dandy might wear today. In fact, Berthier describes the watch as "a genuine architect's watch." No doubt he is referring to the obsessive attention to detail with each element of the timepiece calculated to one tenth of a millimetre. The geometric shape of the watch with its simple hands and hour markers and nest of engraved lines on the dial create a harmonious travelling companion in ultra light titanium that has been microbeaded to give it a warm and enduring grey shade. The lugs reflect the shape of a stirrup, one of Hermès recurring equine motifs and the strap is made of Barenia calfskin that gains a lovely patina over time. The subtle, minimalist  dial does not hint at the mechanical marvels whirring away inside the watch. A sapphire glass back reveals a Sowind 3200 automatic winding movement bristling with beautiful finishes and decorations. Pierre-Alexis Dumas, who clearly has a way with words, describes the watch thus: "Viewed from the top, the Carre´ H is an elegant, extremely restrained watch that does not show off its technology. Then turn it over. Through its underside, it reveals the mechanism through a sapphire caseback that is as clear as crystal and as hard as steel. It's a question of infinite subtleness, like a Herme`s coat with lambskin lined pockets."