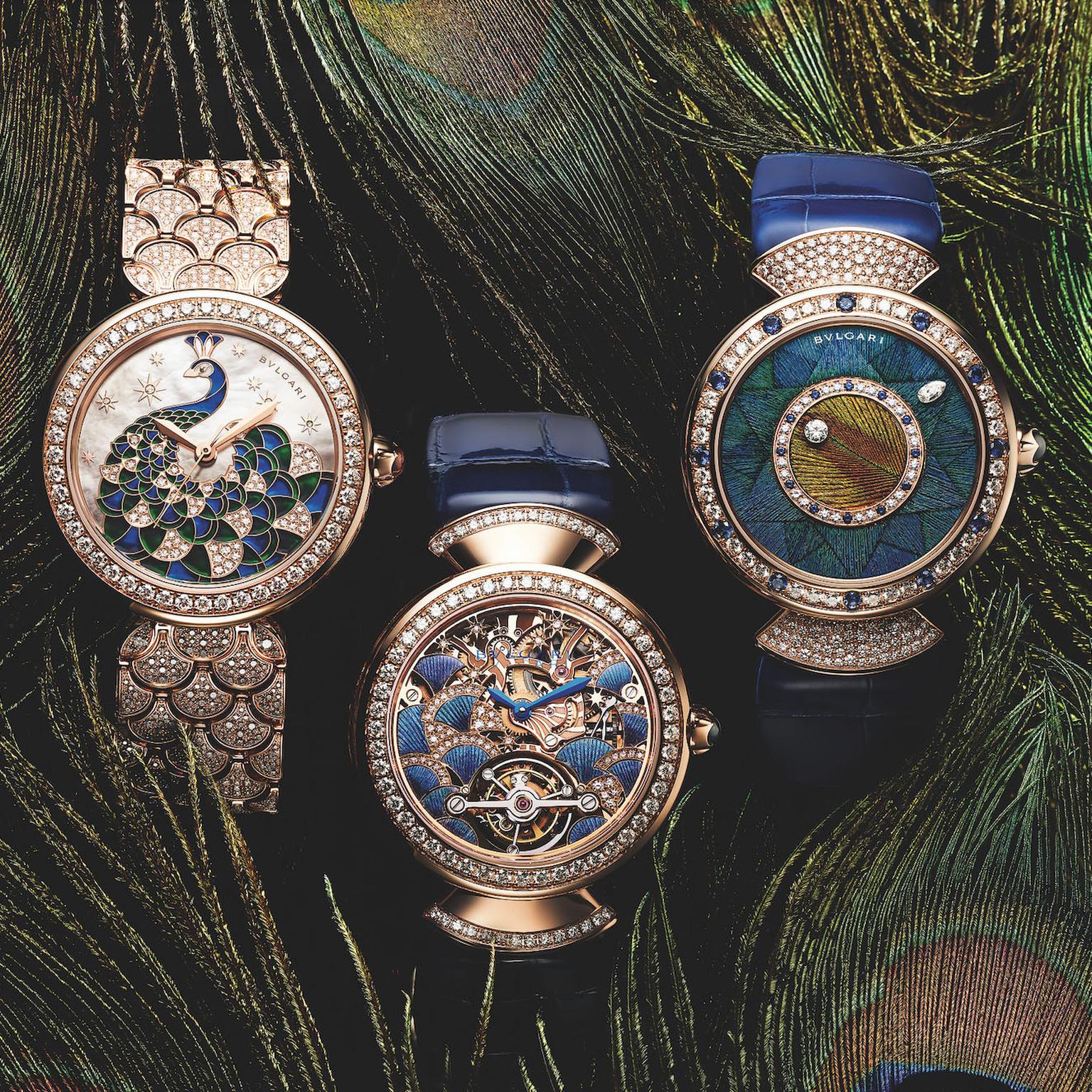 Women have always been the apple of Bulgari’s eye. Since 1884 the Roman jeweller has been seducing women with its lavish jewels, set with glossy cabochon gemstones and voluptuous diamonds that added a high voltage sparkle to la dolce vita. A key moment in Bulgari’s relationship with women was sealed in the now famous 1962 photograph of Elizabeth Taylor on the set of the film Cleopatra at Cinecittà in Rome. A gold and diamond Serpenti watch snaked up her wrist and the image captured the imagination of the world with its daring, Italian glamour. Since then, the art of the jewellery watch has become a Bulgari forté with its uncompromisingly opulent and seductive designs.

This year it is clear that Bulgari is pulling out all the stops with its alluring array of beautiful women's watches. The essence of what captivated Elizabeth Taylor, Gina Lollobrigida, Sofia Loren and Ingrid Bergman is evident in the hyper-lavish new Divas Dream, Serpenti and Lucea watches.

The most precious offerings are a trio of Bulgari Divas’ Dream Peacock watches (top)  that reveal a lavishness worthy of the most indulgent Roman emperor by combining exacting Swiss haute horlogerie with refined crafts and exotic materials. The peacock-themed watches capture the diva-like spirit of this animal, often referenced in classical artwork and notably in the fan-shape mosaics of the Caracalla baths in Rome.

The Bulgari Divas’ Dream Peacock Dischi (above) allows the brilliant colours of the dial to shine in all their Technicolor brilliance using the feather marquetry technique that was popular in Renaissance Italy and revived by Bulgari in the 1970’s. Twenty-four sections of iridescent feather have been chosen from 500 plumes and painstakingly applied to create the mesmerising effect. Equally awe-inspiring is the mechanical calibre that drives the discs instead of the more usual hour and minute hands. Time is indicated by the diamond on each disc: the round diamond on the smaller inner disc tells the hours while the pear-cut diamond on the outer one marks the minutes. Only fifty of this model will be produced.

The champlevé painted dial of the Bulgari Divas’ Dream Peacock Diamonds watch (below) revives another long-lost metiers d’art techniques. Against a creamy mother of pearl dial, a stylised, strutting peacock is depicted in golden outlines painted in with majestic blues and greens alternating with diamond plumes. The raised gold borders are called champlevé and this method, often used in conjunction with enamelling, dates back to the Middle Ages. The spectacular bracelet is made up of rose-gold fan-shaped links, entirely set with 1,452 diamonds. Noble inside and out, the mechanical, self-winding Calibre BVL 191 powers the watch.

The most rare of all the Bulgari Divas’ Dream Peacock watches is the Tourbillon Lumière (below) of which only ten will be manufactured. Pushing the boundaries of haute horlogerie and haute joaillerie, mechanics and aesthetics become one. The skeletonised gold dial made up of a lattice of the peacock feathers and diamonds offers tantalising glimpses into the exquisitely detailed tourbillon movement.  The natural brilliance of the dial set over the constant spectacle of the rotating tourbillon is a multi-layered marvel you will find hard to take your eyes off.

The Bulgari Serpenti Spiga (below) takes the arm-coiling design up a notch with the addition of a new style gold and diamond bracelet. Spiga, that means wheat in Italian, is the ancient and mythological symbol of fertility and prosperity. Bulgari has been using the spiga motif in wedding bands and jewels as well as in the 2014 Serpenti ceramic tubogas bracelet. Unlike the Tubogas, the Spiga bracelet with modular links, allows for more elaborate gem-setting and gold effects. The Spiga has a matelassé or quilted pattern interspersed with diamonds offering new possibilities for the Serpenti bracelet.

Bulgari’s Serpenti Seddutori (below) offers a stylised version of the famous serpent’s head combined with a gold bracelet made up of slinky, smooth links.  The latest version with a malachite dial in rose gold set with diamonds is a highly sophisticated take on the gold watch, one of the most luxurious, everyday items you could hope to wear. Its reassuring weight and softness to the touch complete the seductive appeal of this watch.

The Bulgari Lucea Intarsio brings the art of pearl marquetry to watchmaking with three new versions, each with varying amounts of diamonds. The most spectacular with its sun ray mother of pearl dial is set with 55 diamonds and has a mechanical movement in a stainless steel case. The 33 and 12-diamond versions offer the same pearlescent dial and are also powered by mechanical movements. For those after a more discreet look, the Lucea, with 11 diamond hour markers set against the black lacquered dial, boasts a mechanical, self-winding movement with a 42-hour power reserve. Bulgari gives the skeleton watch a very feminine twist with the rose gold Lucea Skeleton.  The sophisticated mechanism is playfully enhanced by the addition of open-work dial made up of the diamond-set letters that spell Bulgari.

PREVIOUS ARTICLE Sell hello to the fresh face of high jewellery for 2021 NEXT ARTICLE Click and dazzle: the most exciting high value earrings of the season 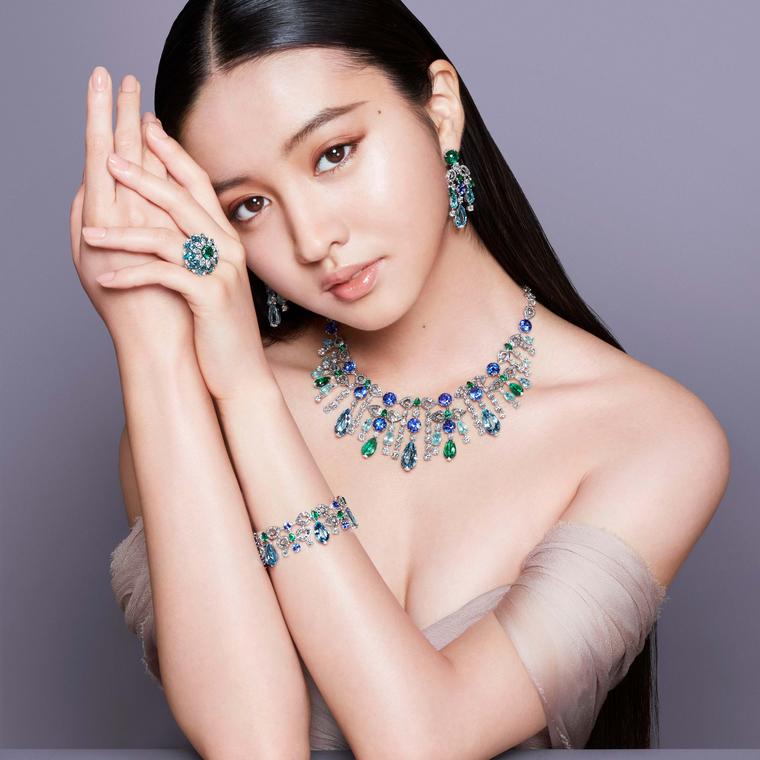 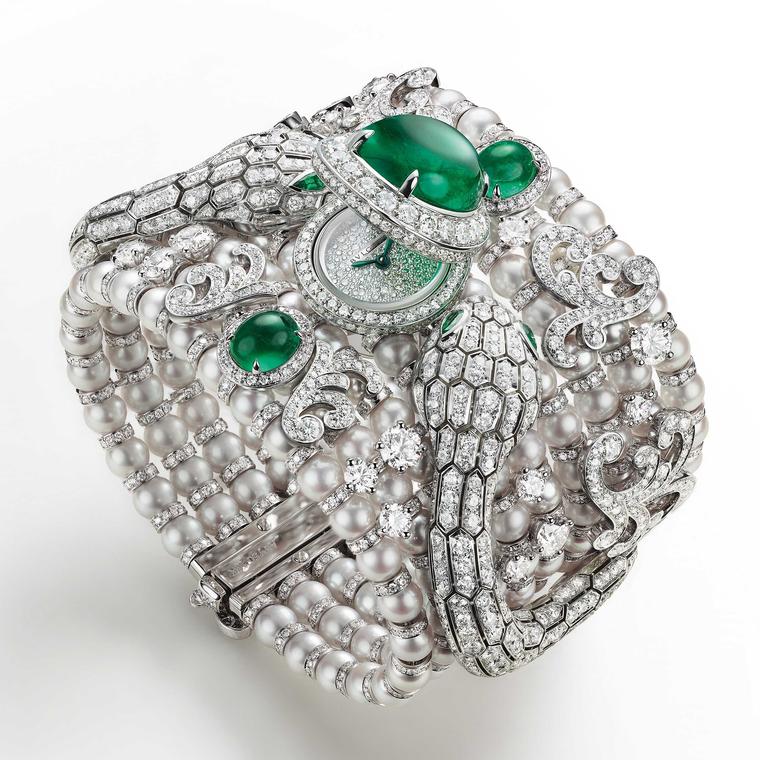 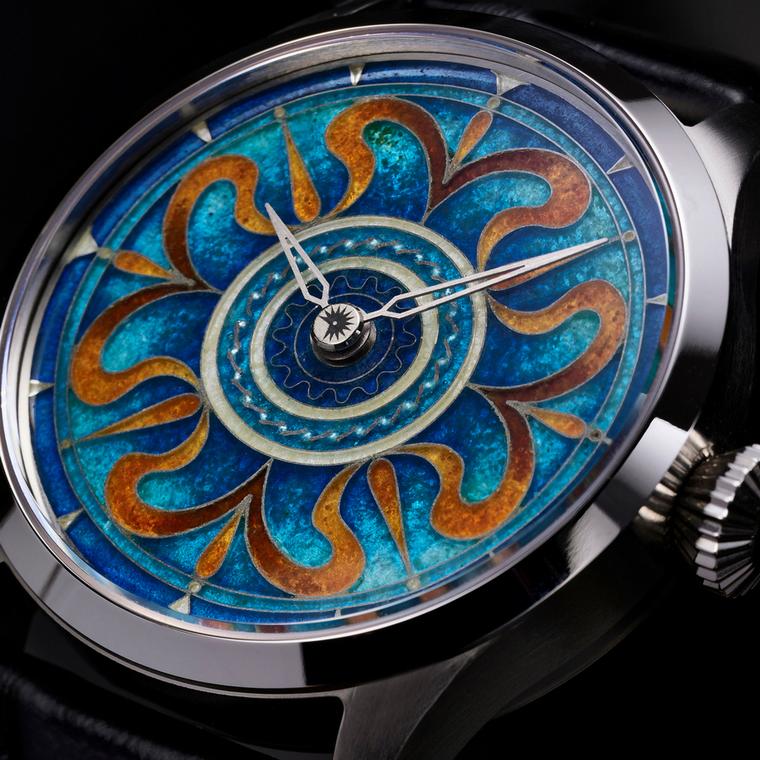 A new brand to watch