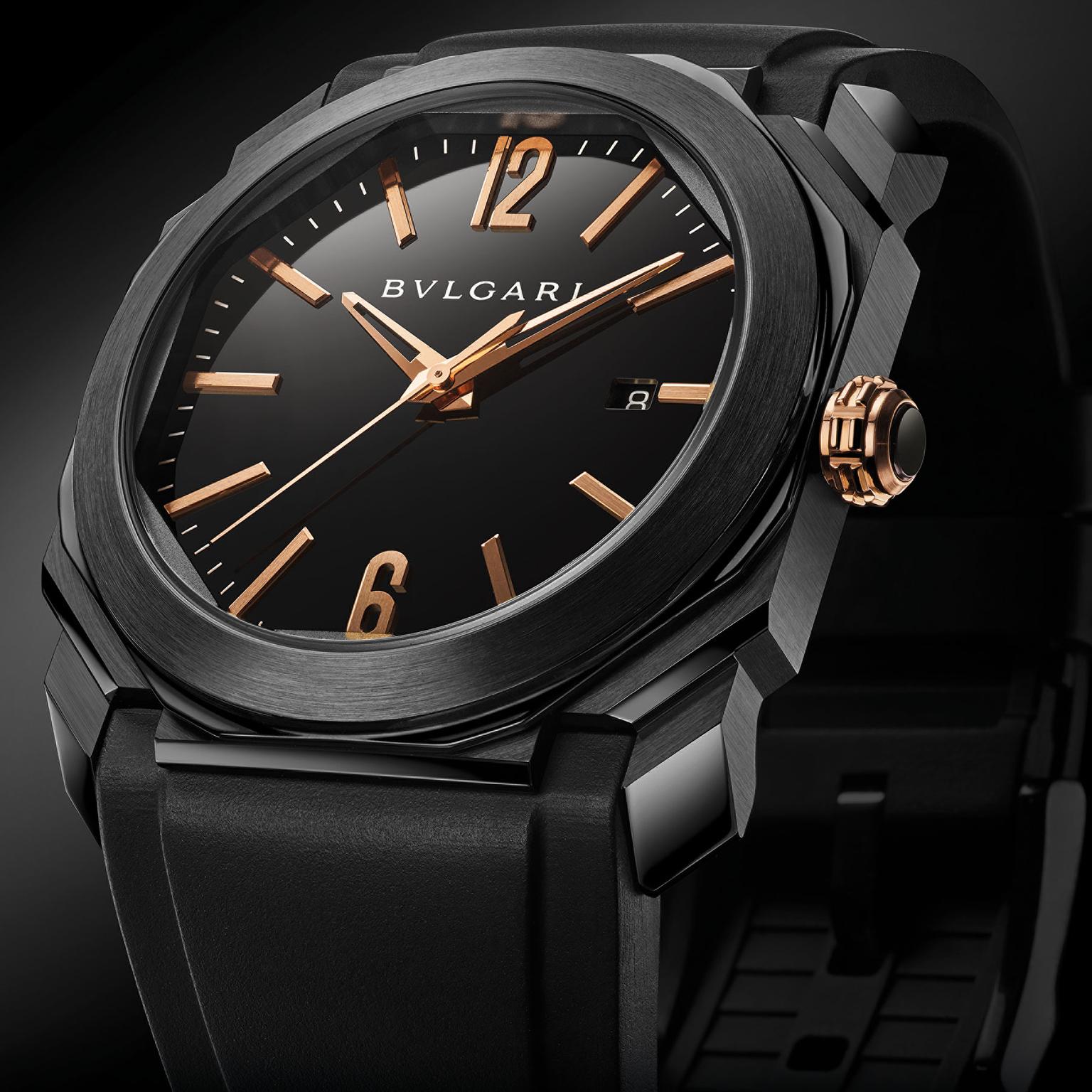 Black never grows old, and although it is wrong to call it a colour as such, we associate black with power, strength, sophistication, and just a hint of mystery. Men’s watches look dashing in black and these timepieces from the big brands get a cool contemporary edge with an all-black makeover.

Hublot - the brand that put black-on-black on the watchmaking map - celebrates 10 years of its All Black watches with an extraordinary timepiece. The anniversary Big Bang Unico Sapphire All Black plays with the brand’s concept of “invisible visibility” using a transparent case made from solid blocks of black-smoked sapphire crystal to reveal its dark soul. Transparency combined with skeletonisation on the dial of these Hublot watches allows a view on the fascinating automatic flyback column wheel chronograph movement, treated with a black PVD coating. Measuring a butch 45mm, even the strap of the Big Bang All Black picks up on the leitmotif of the watch with its see-through, black ribbed finish.

Bulgari’s Octo Ultranero Solotempo watch reminds me of a handsome Italian man in a sleek black tailored suit. The sensual dark virility of this Octo watch comes from the impressive octagonal case, which has been treated with a black DLC (diamond-like carbon) coating. Offset with elegant pink gold details, these stylish Bulgari watches are surprisingly robust and will accompany you to depths of up to 100 metres.

Conceived as a rugged dive watch and capable of fathoming depths of 200 metres, Tudor’s Heritage Black Bay Dark model was inspired by the brand’s first dive watches of the late 1950s. The general lines, domed dial and crystal, as well as the prominent crown, were adapted from a 1958 reference, while the angular snowflake hands are the same as those featured on professional dive watches delivered to the French Navy in the 1970s. The steel case has been finished with a black PVD coating and houses Tudor’s very own mechanical movement. Straps are key accessories at the moment and these Tudor watches come with a black PVD-steel bracelet, or an aged leather strap and a complimentary grey fabric strap.

Even highly academic watchmaking creations such as Zenith’s Academy Tourbillon Georges Favre-Jacot get an all-black makeover. The 45mm black ceramic case frames a fascinating picture composed of a fusée and chain transmission system in the top half of the dial, and a tourbillon complication at 6 o’clock. Powered by a new El Primero calibre, the fuse and chain transmission system on these men’s watches ensures a constant source of energy to the high-frequency movement, a signature development of Zenith since 1969.

Black is closely associated with death and this HYT Skull Bad Boy watch is a mordant reminder of the inexorable passing of time. But with these men’s watches, there is far more than meets the eye. HYT (Hydro Mechanical Horologists) is famous for its fluid mechanics, and the Skull Bad Boy contains a black fluid that is pumped by bellows placed at the skull’s mouth, which move the liquid around the periphery of the skull to indicate the hours. Ok, so does black fluid mean you can’t read the time at night? "It was a deliberate decision," explains Vincent Perriard, CEO of HYT. "There were other solutions that would have made the piece visible at night. But if we wanted to play with the darkness inherent to the Skull Bad Boy, we had to go all the way. Night is part of the world of shadows and darkness. Perfectly in tune with the spirit of the skull."

Who are we to argue? 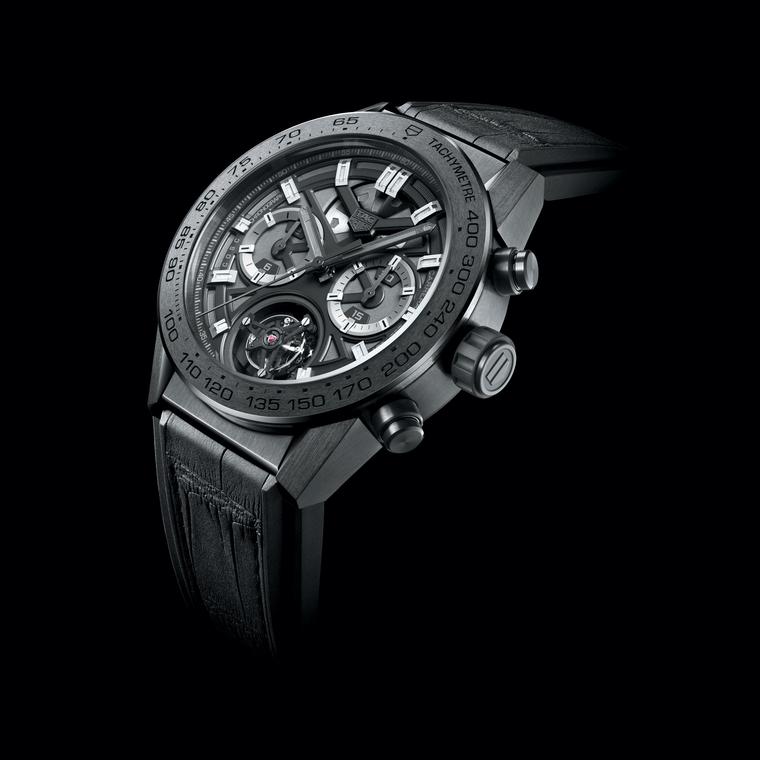 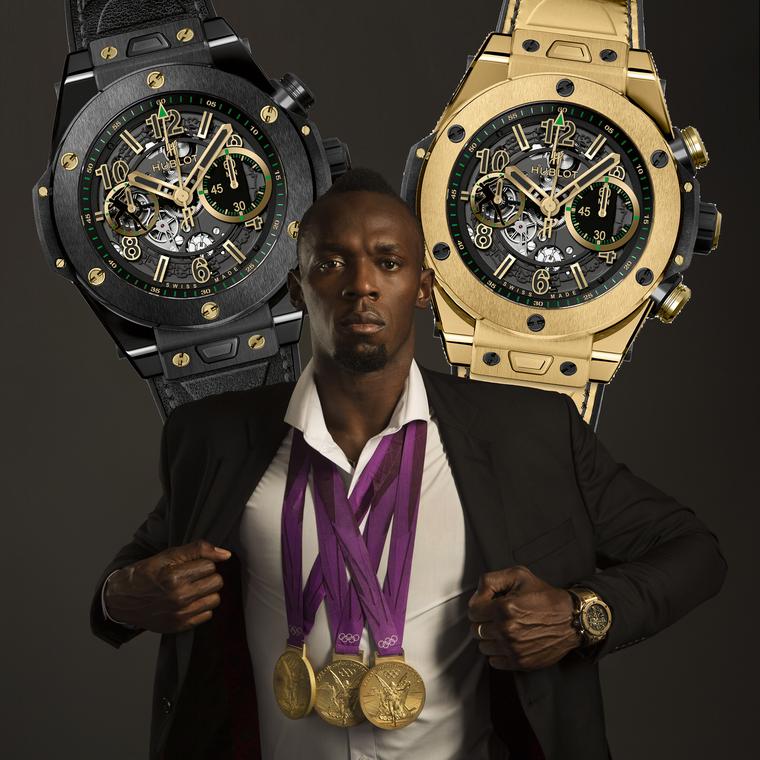 Hublot goes for gold with its new Big Bang chronograph 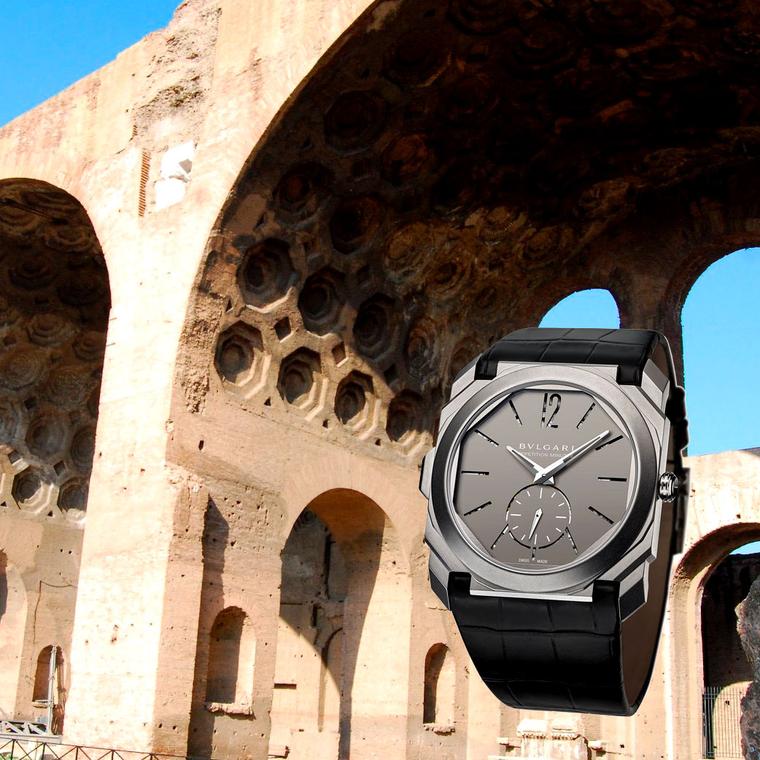