Here are the horological highlights at Baselworld 2012, the world's biggest watch and jewellery show including Hermes, TAG Heuer, Patek Philippe and more.

I've spent four days here so I've had a good look around and I'm going to show you some things that have caught my eye.

Hermes does watches differently from everybody else. As well as its better known Cape Cod and H Hour, what this company does is bring the colours and the designs from say their scarves or their ceramics and put them into watches. Whether it's a night sky picked out in a carriage on a dial or the motifs that you find on a silk scarf, Hermes brings what they really are to its watches.

I think the most unusual show of Hermes expertise is these watches, which are actually straw marquetry.

Now over to Breitling who are well known for their pilot's watches and now have eight models with their own in-house calibres. What I found particularly interesting was this 24-hour space watch that was created to commemorate Scott Carpenter's 1962 orbit of the Earth on the Mercury 7.

For those of you who want to descend to the depths of the ocean, this chronograph with magnetic push buttons can be operated at 2,000 metres.

Patek Philippe is a watch brand that is so well known for its incredible complications that nobody else can make, and this year we have the Perpetual Calendar for women, which is one of the ultimate complications. It is also really quite practical.

Thierry Stern: This watch actually, I ask also a team of only women to work on it. I think that was the smartest way to create their own watches. It will consider every month, especially the month of February, and it will also consider the leap year.

Maria Doulton: Harry Winston isn't just about the diamonds, and increasingly watches are a very important business for them. Their men's watches are surprisingly technical and quite butch, including versions of the Avenue C with all sorts of complications like retrograde indicators.

But there's something very unusual for women that doesn't just rely on diamonds, and these four watches all have feather dials. They're all different, and I think you'll agree that I haven't seen many watch dials like this.

Some of the most recognisable watches from TAG Heuer, including the Carrera and the Monaco, were designed by Jack Heuer - the great-grandson of the founder Edward Heuer. But Jack also brought something else very special to TAG Heuer, and he was one of the first watch brands to actually use brand ambassadors.

Here is Jack himself in his 80th year to tell us about how he brought the face of Hollywood to TAG Heuer.

Jack Heuer: We worked closely with prop masters, property masters in Hollywood. The film companies would select the prop masters for the film according to their speciality, you understand? So this guy was selected to make the film "Le Mans".

The certain moment the producer said to Steve McQueen, "You have a blue overall yesterday and a green one the day before, and today you are in red, you have to decide how you want to look." He said, "I want to look like Joseph."

Then Joe said, "Call the prop master." He came with a box, he had to choose a watch, etc, put on the patch. That's how it went, and now we have Cameron Diaz, yes. She knew the brand before already, she was wearing our watches and she was absolutely charming. We asked what she did for sports, and she surfs and she snowboards, doesn't ski, just snowboard, and is quite active and is absolutely a charming Californian girl really.

Maria Doulton: Yes, and this is your 80th anniversary watch?

Jack Heuer: Yes, that is, yes.

Maria Doulton: Tell me, you were very much involved in the design?

Jack Heuer: Yes, very much. I am quite pleased it came out very nicely. It's been a big success. Then on the back we put my signature with limited edition and we put the family crest. It's a beautiful watch, very simple, very pure the way I like it.

Maria Doulton: Like the original Carrera that you designed?

Jack Heuer: Yes, so I'm pleased with it, yes. I've got a lot of compliments, I must say, yes. 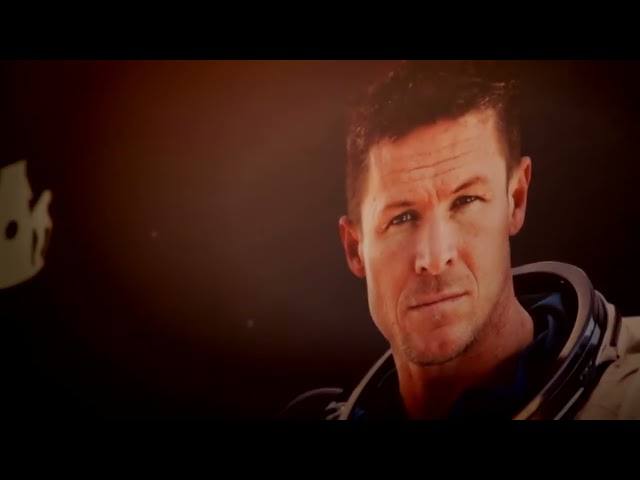 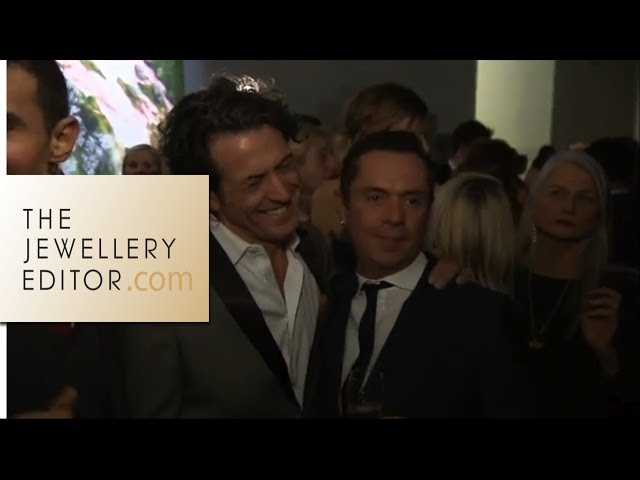 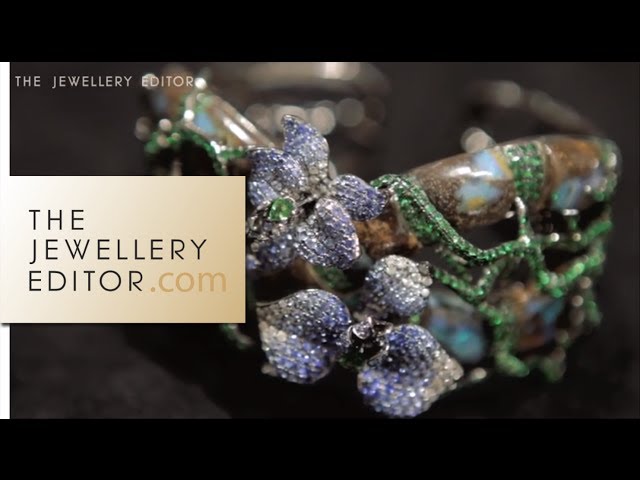 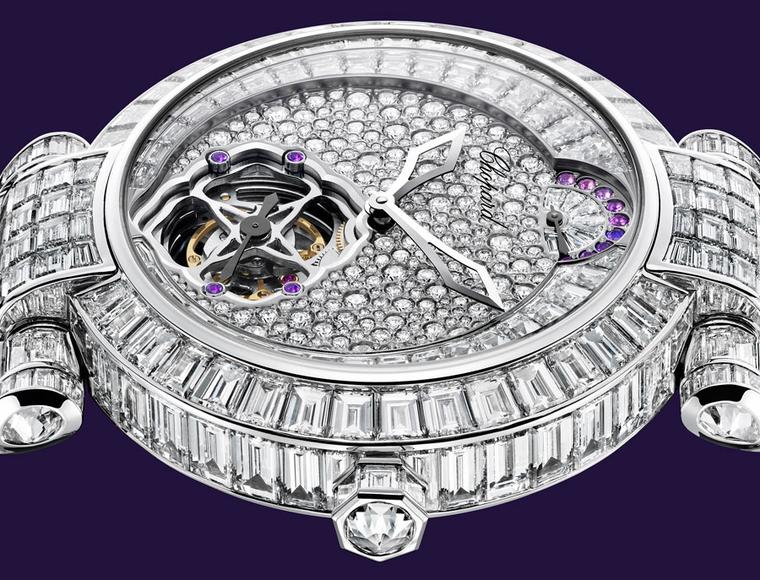 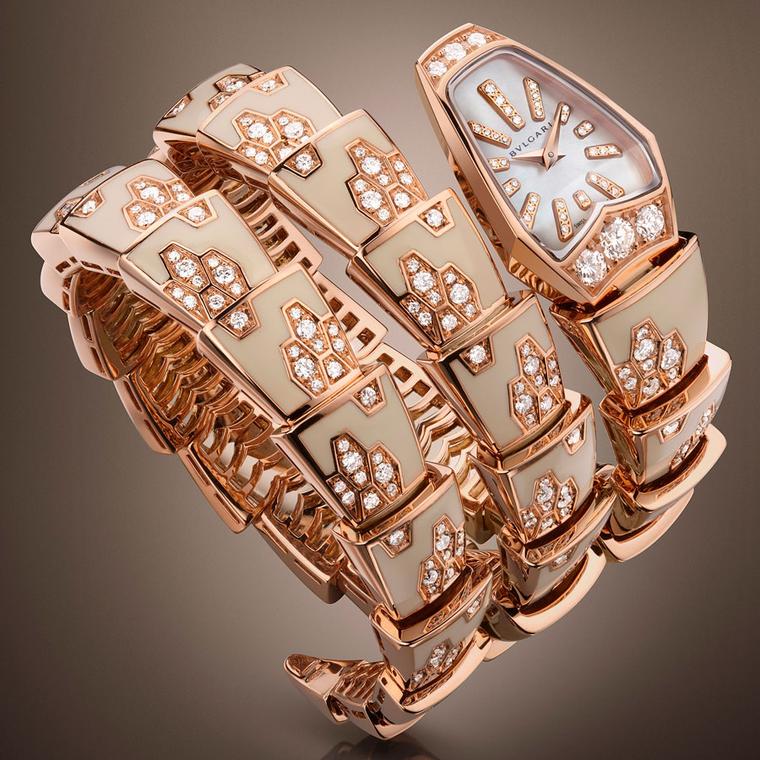 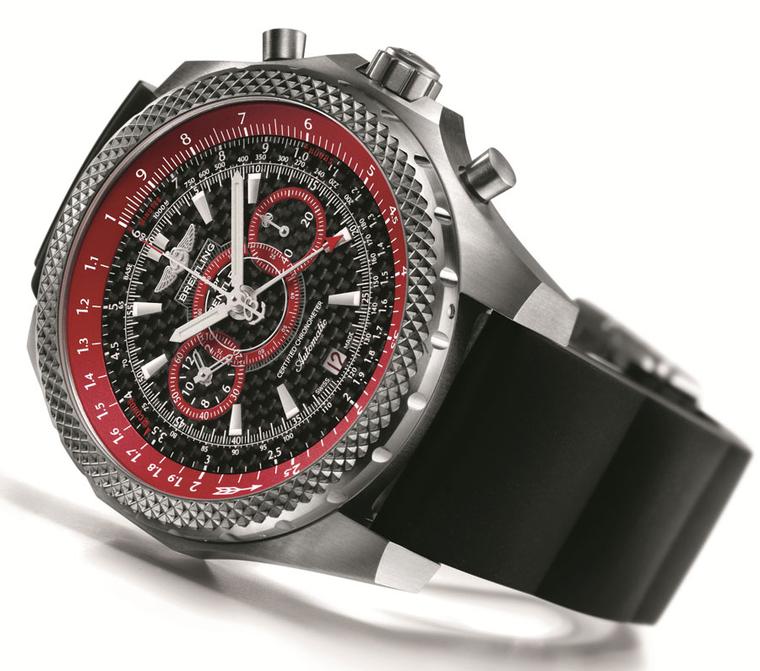