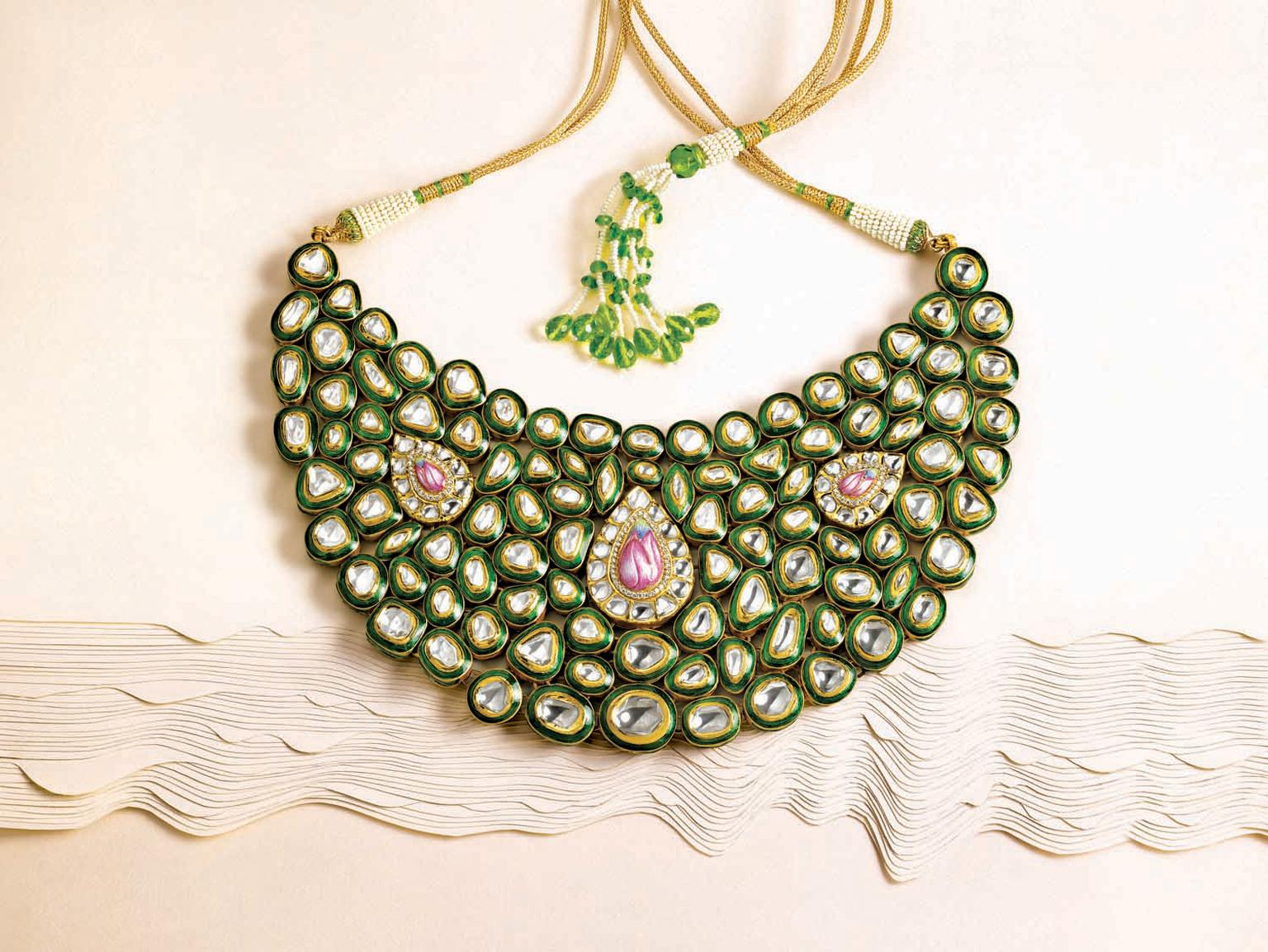 Zoya, 'The Exquisite Diamond Boutique', from the House of Tata, recently launched a new jewellery collection, Banaras, inspired by lavish rituals, floating lamps at dusk, the River Ganges and the divine lotus, all of which are common sights in the city of Banaras (Varanasi). The religious capital of India and one of the oldest cities in the world, Banaras is famous for its ancient historic, cultural and religious heritage. Spread out along the banks of the Ganges River, with over 23,000 temples, large and small, and more than 80 ghats (a series of steps leading down to a body of water), the city provided plenty of picturesque references for the designers at Zoya to translate into magnificent jewels.

Zoya's Banaras collection took a year to perfect and boasts many striking statement pieces incorporating materials and techniques rarely used before now. While there is a profusion of 22ct yellow gold, polkis and diamonds, there are also exquisite stones, including malachite, turquoise and pink opals, and ancient techniques such as Partaj, Chitai (engraving) and intricate Banarasi Meenakari (enamelling) on display. Stones such as turquoise mirror the river and the bird-filled sky. Yellow gold depicts the perfect sunrise against a backdrop of flowing water and the earthiness of the ghats.

Lotuses that bloom in the sacred water, petals glistening with dewdrops, inspire many pieces. The lotus form has been crafted using various techniques to create both two- and three-dimensional interpretations. Other works of art include magical chandelier earrings ending in white polkis, inspired by the elaborate lamps used for the Ganga Aarti, a religious ritual performed on the banks of the sacred river.

Echoes of the domes and spires that dot the landscape of Banaras can be seen in the stiff Hansli necklace, which is typical Indian neckwear, while unevenly arranged polkis interspersed with lotus motifs illustrate the scenic beauty of the river filled with numerous floating lamps and lotus flowers on religious days. Together, they create the silhouette of a large Indiandiya (lamp).

Zoya's Banaras collection was launched alongside a collection of famous Banarasi saris from Taj Khazana, which are regarded as among the finest in India. The exquisite saris stir up images of sheer organzas and georgettes with intricate zari embellishments and priceless brocades. Lined with motifs of the temples that rise over the ghats and the diyas bearing the wishes and prayers of millions of devotees, together with Zoya's exceptional jewels, they encapsulate the mystical allure of this holy city. 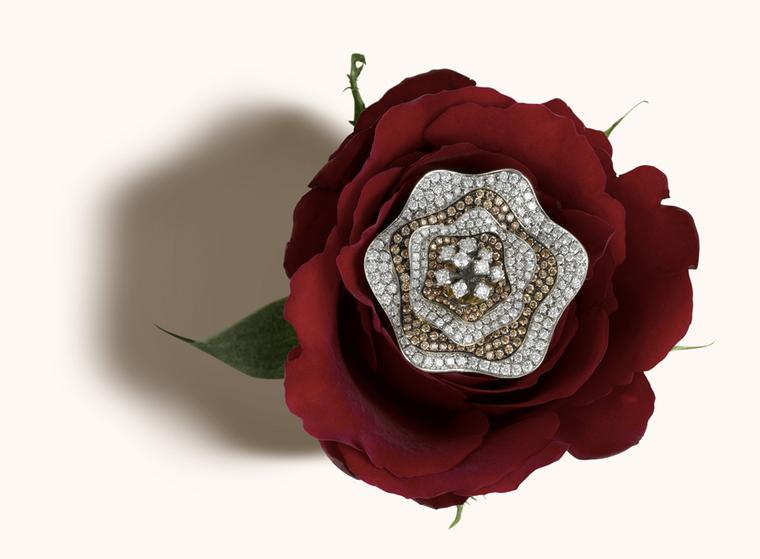