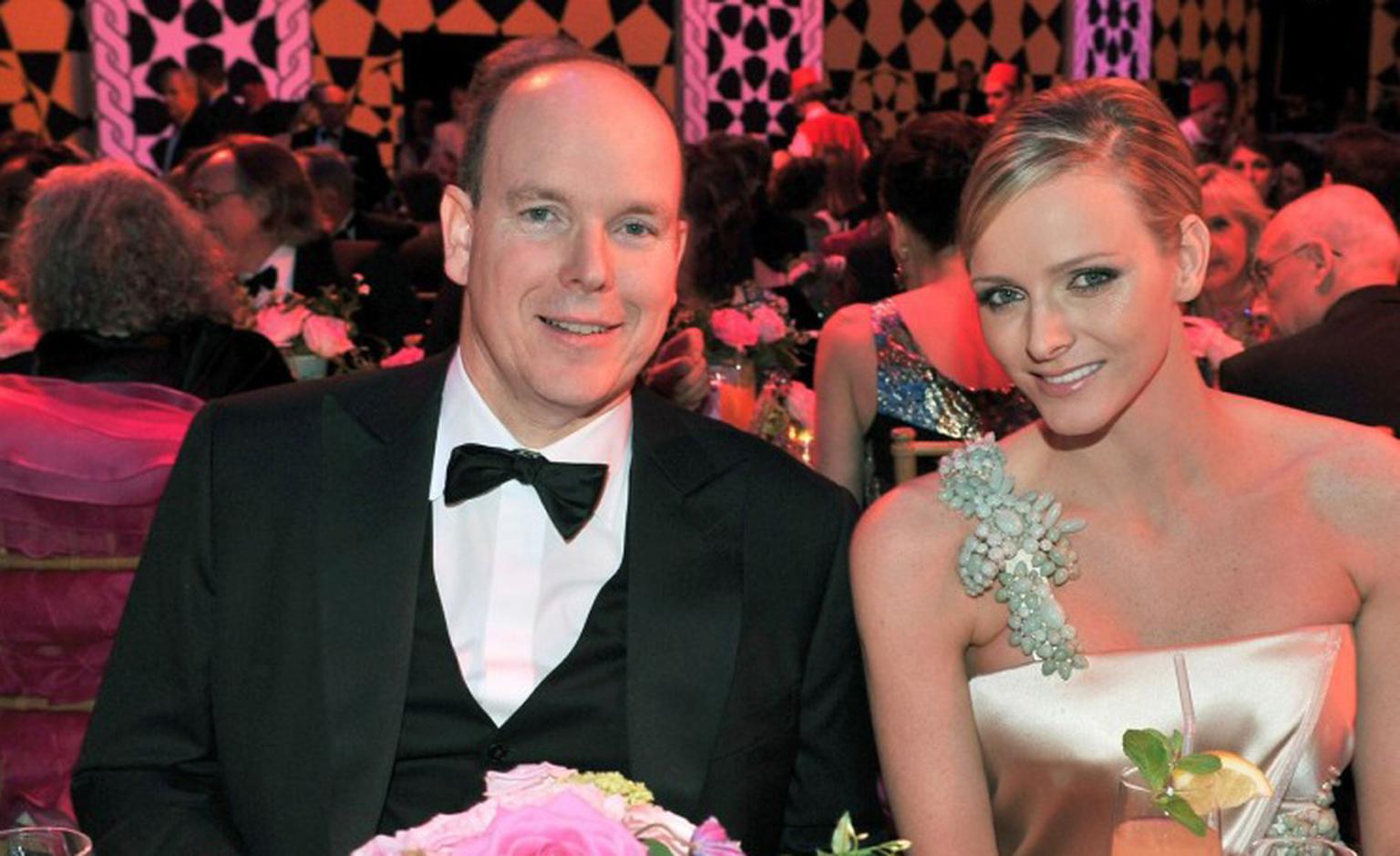 While the logistics for the marriageof Charlene Wittstock to Prince Albert II of Monaco are in full swing, I wonder what jewels Charlene will be wearing on her big day. Charlene, the girl from Bulawayo, Zimbabwe, will become the next first lady of Monaco, following in the most gracious footsteps of her late mother in law, Princess Grace. We know that Charlene is wearing a sizable pear-shape diamond engagement ring from the jeweller Repossi, but I will be looking out to see what other jewels she wears for her big day. So while Charlene is pondering her jewellery box, the 1.98 square kilometer principality is busy getting up the bunting and all those giants screens for the big days. I will be watching, Charlene, the 33 year-old ex-swimming champion who represented South Africa in the 2000 Olympics. So far we have seen her engagement ring. The choice is a fairly traditional hefty diamond solitaire, in a less traditional cut. Unlike the other royal bride, Kate Middleton, Charlene did not appear on the Palace steps in one of her mother in law's rings. So what will she wear for her big day? Will she be like Kate and wear a tiara? And if so, will she wear one of Grace Kelly's crowning head ornaments? Grace Kelly wore the Van Cleef & Arpels tiara shown above at the wedding of her daughter Caroline to Philippe Jugnot in 1978.  It is platinum and set with pear-shaped diamonds, marquise-shaped diamonds and round diamonds, weighing 77.34 carats. Today this tiara is in Van Cleef & Arpels' Private Collection. I will be looking out to see what she choses. If she does decide to follow her late mother in law's lead, then she has plenty of jewels to chose from. It looks like Charlene's ears are not pierced which could suggest that she is not too keen on jewels, but that is mere speculation. Grace Kelly had a fabulous collection of jewellery, which I will tell you about in due course, and I hope that Charlene shares Grace's love of jewels. But back to the wedding: according to the Prince's Palace of Monaco press release, the ceremonies kick off on Thursday night with a concert by The Eagles for the entire nation all 32,000 of them. The aging rock band date the Prince as an 80's boy and is sure to get lots of 40 and 50 somethings doing the air-guitar. The following day at 5pm the Civil Wedding will take place in the Throne Room. All the Monegasques are welcome to watch the ceremony on giant screens in the Palace square and are invited to a buffet lunch attended by the happy couple. The buffet will be prepared by chefs from Monaco and South Africa, to reflect the culinary cultures of the newly-weds. This is really beginning to sound like something out of a Ladybird reader. But hold on, there is more. After that the guests are invited to a reception on the Port with a concert by another not-so-young artist Jean Michel Jarre. "A very large audience is expected," states the press release. And then...the following day, Saturday 2nd July, the religious ceremony begins at 5pm in the courtyard of the Royal Palace. The gates of the Palace will be kept open to allow 3,500 seated guests and the ceremony will be broadcast on giant screens outside the palace. After the ceremony, the bride will leave her bouquet at the St Dévote church. And then finally, Albert and Charlene will be able to breathe a deep sigh and relax.