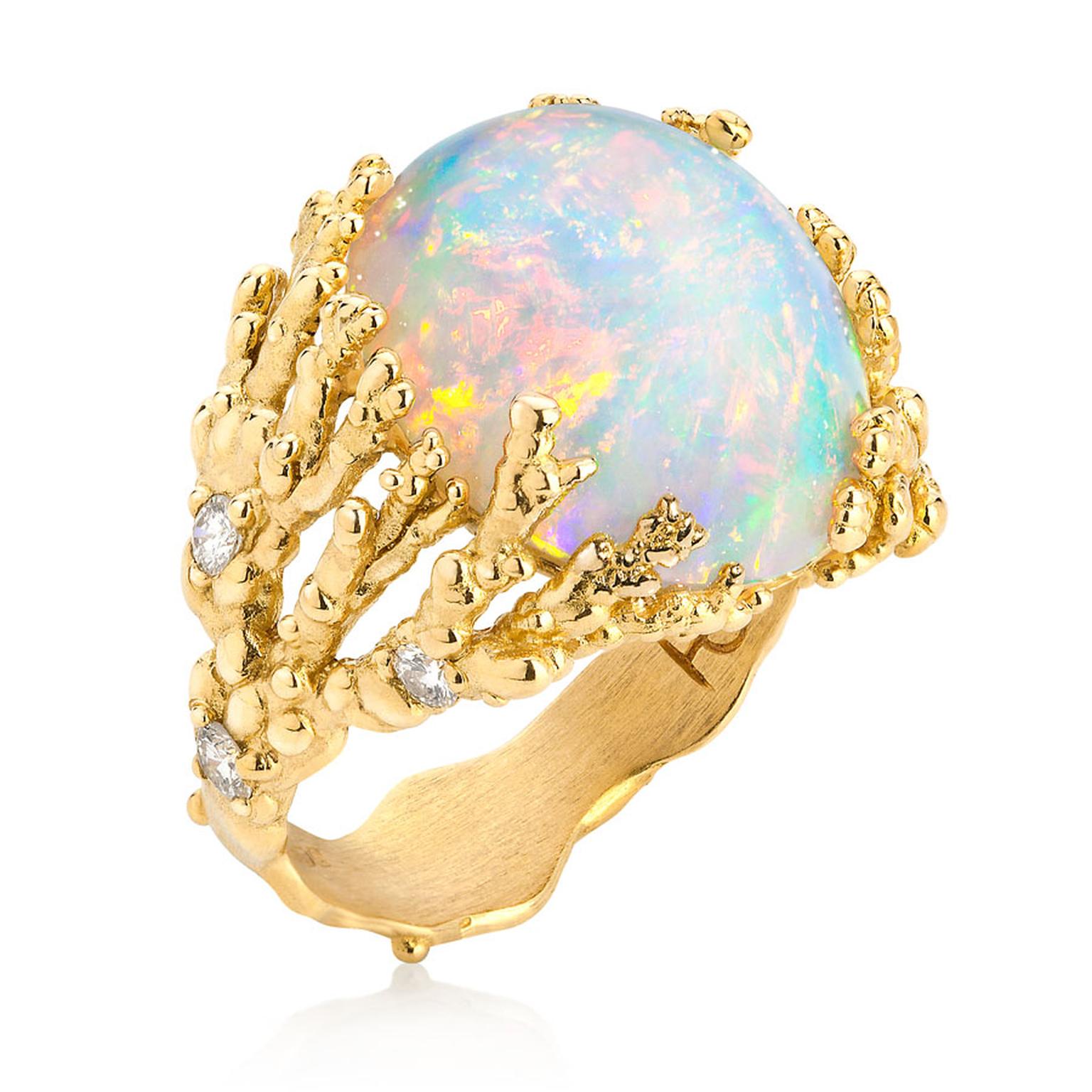 Talking about the inspiration behind a piece is commonplace in the world of jewellery, but rarely does an idea come to life with such dramatic impact as Ornella Iannuzzi's creations. "Do not go where the path may lead, go instead where there is no path and leave a trail" is the French artist jeweller's motto, and there is no doubt that Iannuzzi is blazing a trail all of her own.

Iannuzzi started out creating very limited collections of jewels, but all that has changed with the launch of her new 'everyday wear' range called 'Les Corallines'. In keeping with her signature baroque style, it was inspired by coral formations and is a distillation of her first collection of high-end pieces, 'Abyss', which looked like they might have sat untouched on the seabed for centuries, save for a glint of gold or gleaming pearl to attract the eye of a passing scuba-diver.

Completely in tune with the ocean, the "small-scale sculptures" - as she prefers to call them - in 'Les Corallines' resemble precisely the writhing organic forms of coral, among which nestle pearls and opals. One of Iannuzzi's earlier collections, 'Lucy in Wonderland' (read about it here), focussed on the fiery Ethiopian Wello opal. A mesmerising stone that perfectly complements the raw power of nature that flows through all of her designs, she is the first to admit that she has a thing for this recently discovered opal, and it forms the centerpiece in several of the 'Les Corallines' rings, held in place by creeping coral tentacles.

Iannuzzi goes to mineral and gem fairs across Europe, hunting out the most unusual stones. "If one pearl or stone stands out from the rest then it's for me," she says. "It needs to intrigue me in the first place. I find a baroque pearl much more beautiful than a perfect, spotless round pearl, and I love inclusions in stones because it makes them unique." So alongside pink teardrop-shaped pearls you will find baroque Tahitian pearls, suspended from a fine gold chain on a gold hoop earring or attached to a cluster of coral.

The first collection that Iannuzzi has created that doesn't consist of one-off pieces, the new 'Les Corallines' jewels range from £110 to more than £15,000 - a small price to pay for an original "small-scale sculpture". Whether her wearable works of art can be described as 'everyday', however, is up for serious debate. 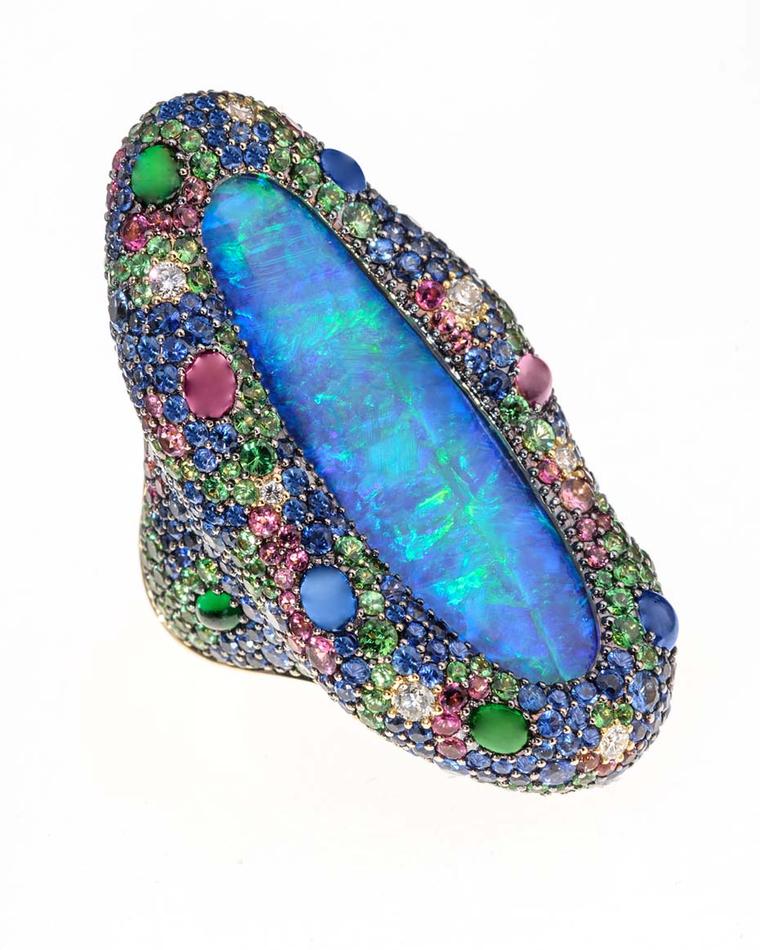