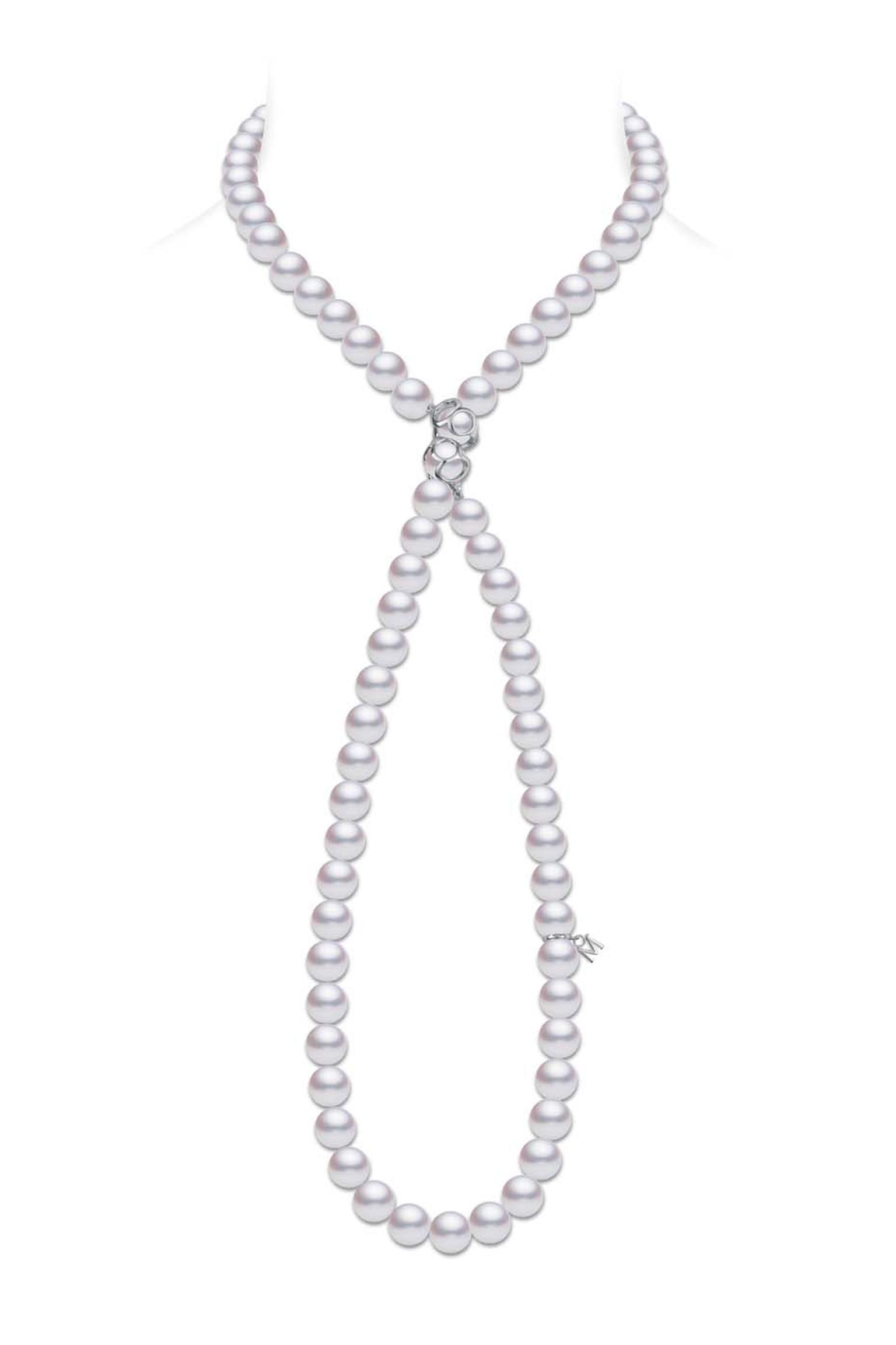 Kokichi Mikimoto's desire to "to adorn the necks of all the women of the world with pearls" might have been a little far-fetched, but the empire he founded in 1893 has gone a long way in supplying the market with the finest cultured pearls available.

Putting aside fun superstitions, the new Mikimoto Double Eight necklace, which belongs to the Double Eight collection, is strung with beautifully spherical Akoya cultured pearls that measure between 8 and 8.8mm. It might seem strange to describe a pearl as 'spherical' because we associate pearls as being round, but the great difficulty in cultivating pearls is getting them to come out of their oysters in a perfect, spherical form. Even mother nature has a hard time producing perfectly round pearls. Thanks to Kokichi Mikimoto's perseverance, the world's first round Akoya pearl was cultured and harvested in the waters of Japan in 1905.

The generous strand of Akoya pearls can be worn in a variety of ways thanks to the white gold clasp, which is made up of circles to form numerous number eights. By fitting the clasp near the collar bone you can create a figure of eight that is shorter at the top than at the bottom; if you move the clasp to a mid-navel position, the proportions of the two loops alter dramatically to create a lovely lariat. The possibilities are infinite, catering to casual and smart occasions and entirely up to your mood and creativity. 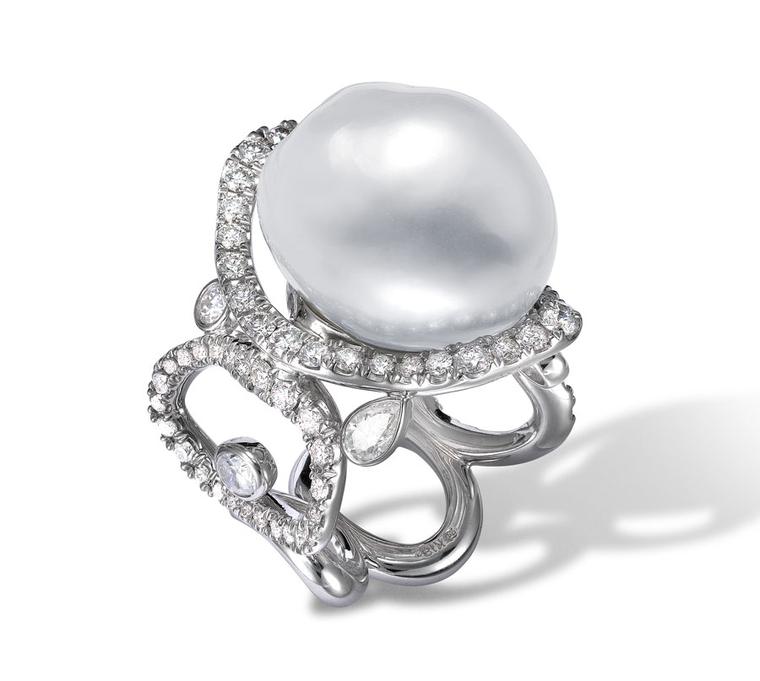 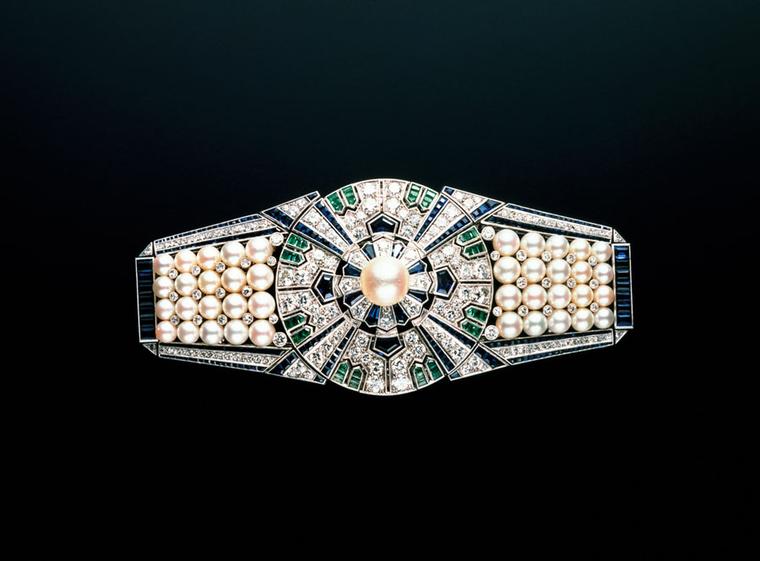 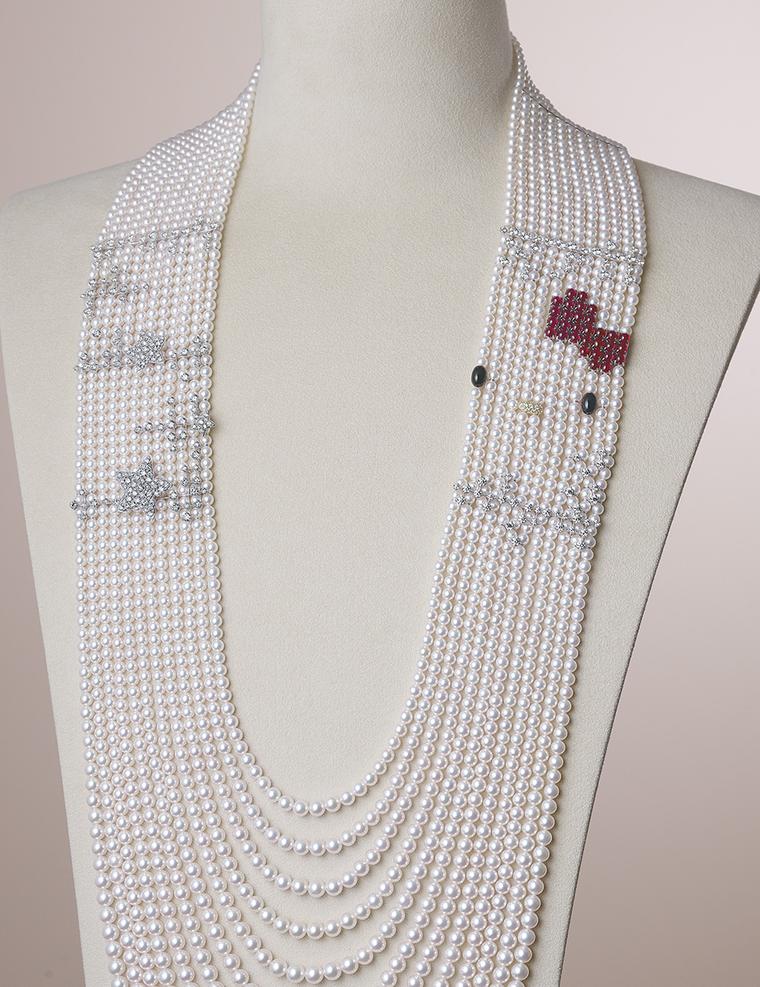