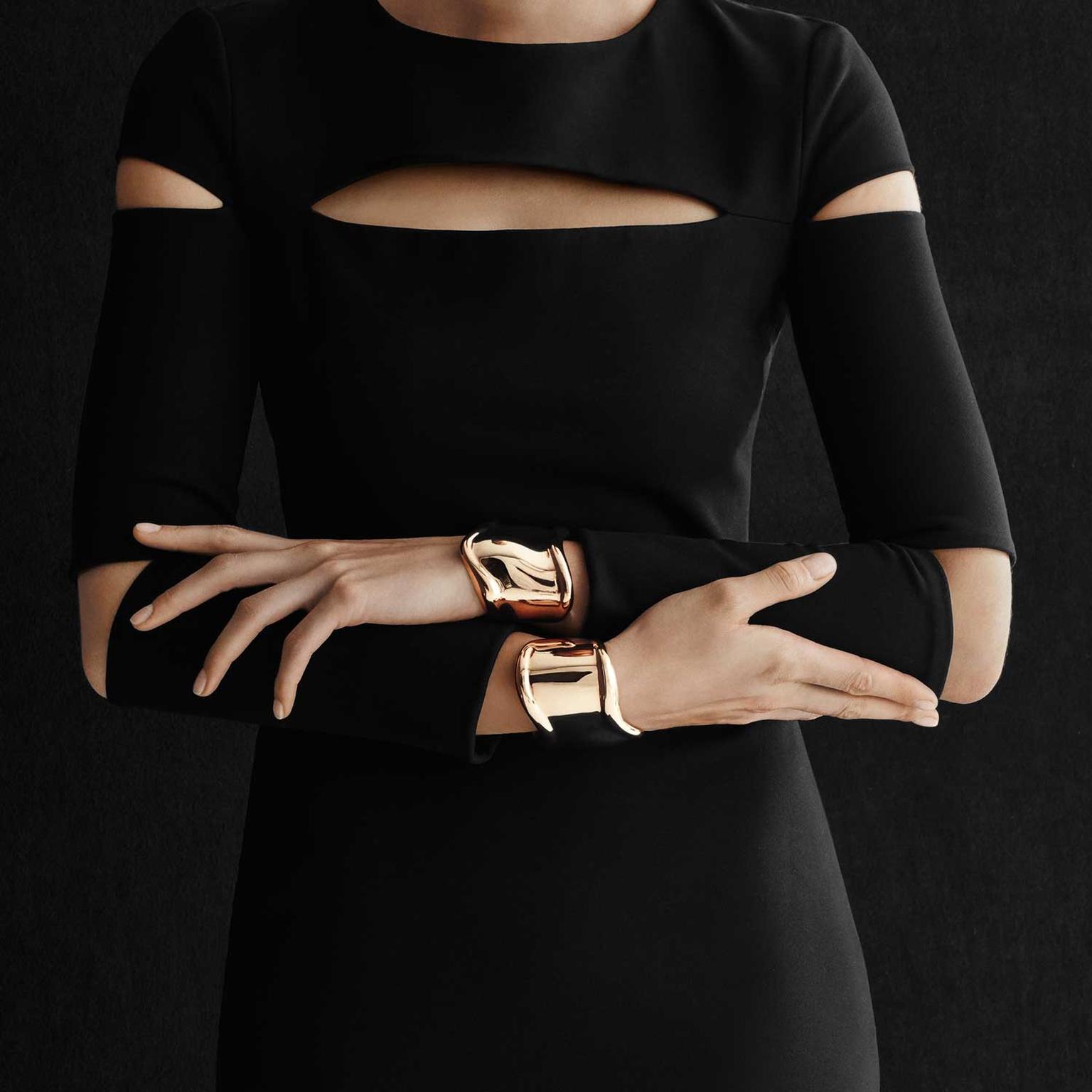 Elsa Peretti is the master of modern jewellery design, so much so that the styles she created when she joined Tiffany & Co. in 1974, over 40 years ago, are as relevant and current today as they were then. Her pieces have become icons in their own right, as powerful and enduring as the woman who designed them. Those who have worn her jewels are famed and notable tastemakers, trendsetters, celebrities and royalty, from Diana Vreeland to Kate Middleton.

But in the 1970s when it all began, amid the feminist movement and disco nights, Peretti was a visionary, bold and brave enough to design jewellery for women like herself - strong, independent working women - who wanted to look confident while climbing the corporate ladder and feel sexy on the dance floor.

She was also savvy enough to understand the cultural shifts and changes that were taking place and created pieces that reflected the times. Her organic, sculptural and sensual designs, with their sense of poetry, movement and minimalism, defined a decade and continue to inspire women today.

Peretti was born in Italy. After obtaining an education in Rome and Switzerland, in 1969 she became a fashion model in New York and Barcelona. While in the States she began to design jewellery, which immediately caught the attention of American fashion designer Giorgio di Sant' Angelo, whom she met while working his catwalk. She showed him her design, which he used to style one of his fashion runway shows, and they were an instant success. She then met the fashion designer Halston, with whom she would build a longtime friendship and collaborate with him on designs. Halston introduced Peretti to the powers that be at Tiffany & Co. and, in 1974, she began designing for the renowned house.

In 2013, Peretti briefly considered retiring and taking her copyrighted designs.  But she had a change of heart and signed a new 20-year contract with Tiffany.

Spring of 2016 heralded the launch or @elsaperettiofficial on social media, which offers a personal peek into the designer's thought processes and life. Her Instagram feed offers sketches and snippets of her inspirations and quotes, and posts of her most legendary jewels. It was a brilliant move to create an awareness of the woman behind the renowned Open Heart necklace and Bone cuff to introduce new generations to the wildly creative Peretti, whose imagination broke down boundaries and who designed some of the top sellers of all time.

Minimalist and ultra clean in its silhouette, the Bottle pendant was originally inspired by the young girls Peretti noticed in Portofino in the 1960s, who carried gardenias. Peretti wanted to create a bottle to keep the flowers alive and sketched out designs based on vases from antiquity. When the bottle took shape in metal, they had an elegant, sculptural beauty that would be present in all of Peretti’s future designs.

Elsa Peretti understood the changing roles in women’s lives in the 70s. Her pieces spoke to women who wanted a look that was bold and made a statement. Her aesthetic was an alternative to the gem-encrusted pieces that could only be worn for evening, sometimes based on organic, found objects.

The Bone Cuff was inspired by a childhood encounter with a human bone in a church that Peretti took against her mother's wishes. It was worn by luminaries such as Diana Vreeland, Sophia Loren and Liza Minelli and still graces the wrists of trend-setting actresses such as Rosamund Pike, Rachel Weisz and Naomi Watts. These leading ladies have worn this iconic cuff to various red carpet events in recent years.

Instantly recognisable and perhaps the most beloved in her collection by all age groups and demographics of women, the Open Heart pendant is streamlined, with soft, sensual curves. Peretti credits the empty and open spaces in sculptor Henry Moore’s work as the inspiration for this design. The pendant has appeared in myriad magazine spreads and in the three Bridget Jones's films in sterling silver.

Diamonds by the Yard

Peretti was asked to create a simplified version of diamonds for women on a budget by Tiffany & Co. For her first delicate, versatile jewel she stationed 12 small diamonds set in gold bezels at uneven lengths on a 36-inch chain.

In seeing the long chains with small diamonds an inch or so apart, Halston ingeniously dubbed them ‘Diamonds by the Yard’, and the name stuck. Peretti varied the style by adding different sizes of diamonds and lengths of chain, and by doing so made diamonds wearable, versatile and accessible.

This was ingeniously and deceptively simple. With a hole on each side, it slid onto a chain and had real fluidity of movement. Much like the Open Heart, the Bean offered women a jewel that they could wear everyday. The Bean is based on the seed, representing the origin of life.

While these five might be the most recognisable of all of Peretti’s designs, one cannot neglect to mention the Snake and Scorpion necklace, both timeless and bold and with the same sleek appeal as the other pieces in Peretti’s collection. The Snake’s head is also a clasp and allows the necklace to be worn at different lengths. The Scorpion, below, is primitive yet ultra-sophisticated in it design. Like many of Peretti’s pieces, both are inspired by the natural world.

The Mesh collection also played a major role in Peretti’s popularity as we moved into the 1980s. With the fluidity of gold spun into tactile, woven, fabric-like earrings and necklaces, it remained a timeless design.

These pieces were not only revolutionary in style, they were also evolutionary: they became collections, were reinterpreted, and never went out of fashion. All are still produced today and equally coveted, as they were when they were first introduced. Peretti’s designs continue to catch the attention of the vintage and modern collector, which will allow them to shine long into the future and to endure for the women yet to discover them. 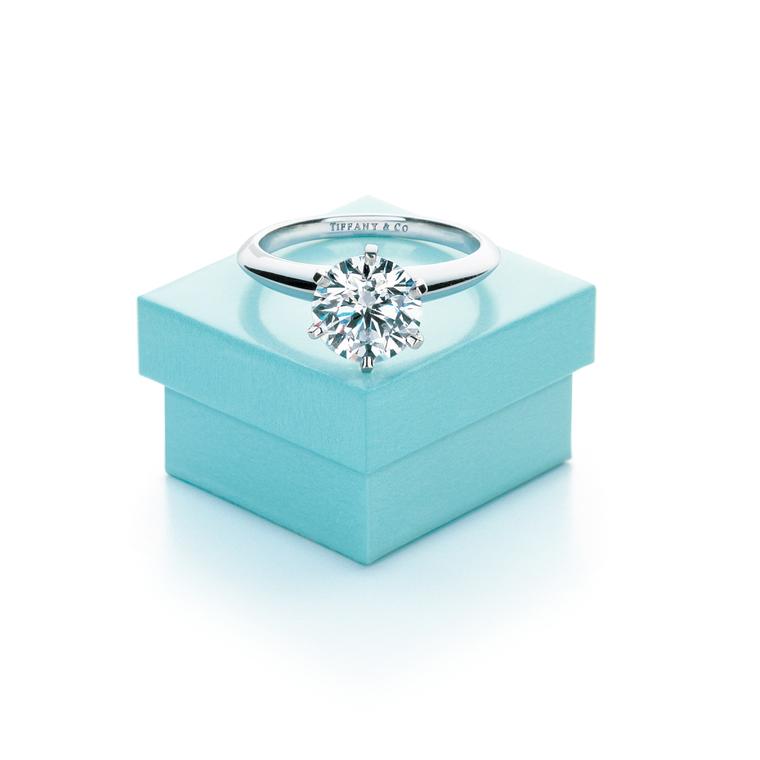 The history of Tiffany