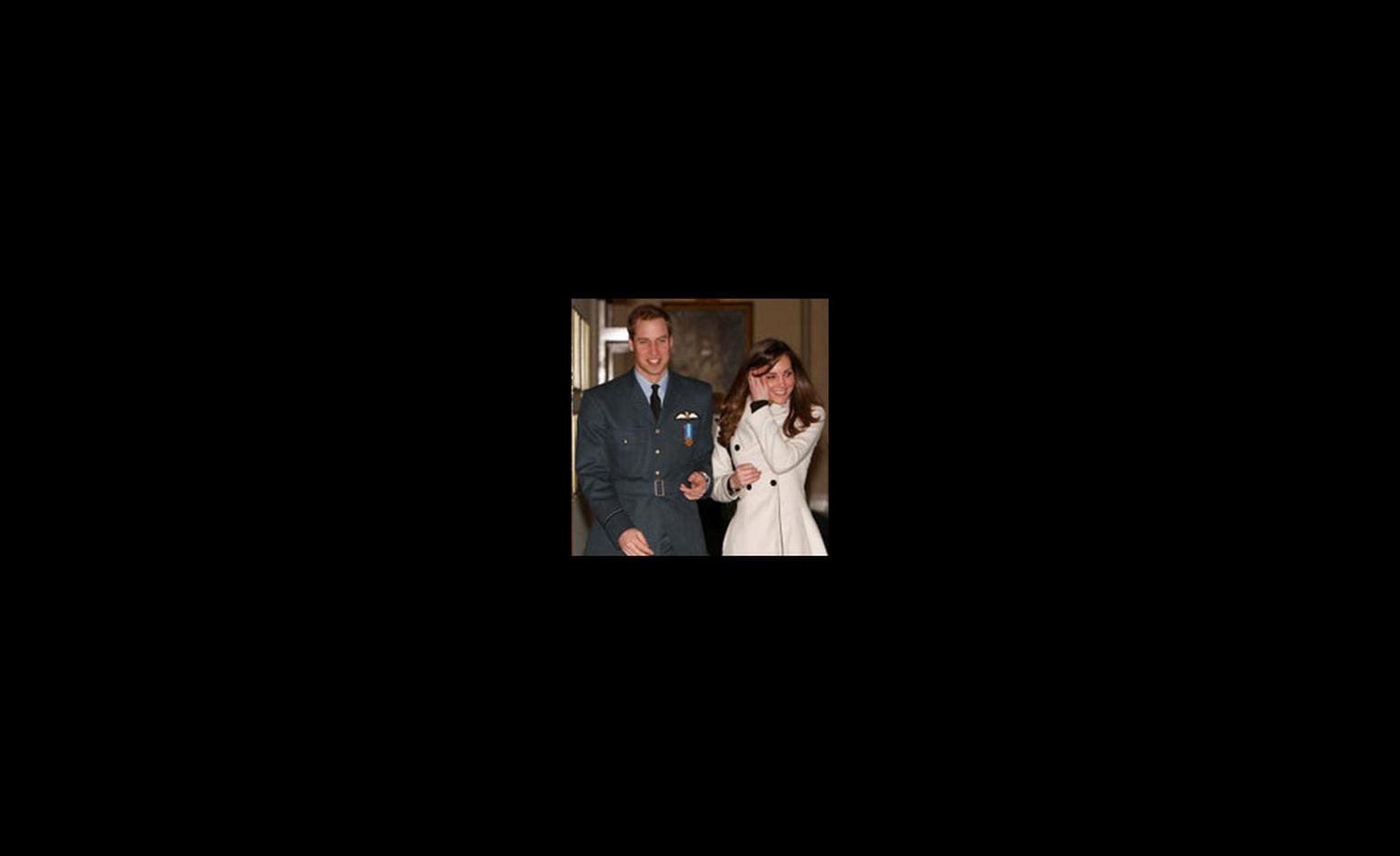 Prince Charles announced today that his son Prince William is engaged to his long time girlfriend Kate Middleton. Amid a barrage of camera flashes at Clarence House, the couple, arm in arm, her in a demure deep blue dress and him in a smart suit and tie, were reminiscent of another royal engagement on the 24 February 1981, almost thirty years ago. Less coy than Diana, Kate's hand was on display and there it was: Diana's Garrard sapphire and diamond engagement ring. The sapphire is an impressive 18 carats and is surrounded by 14 diamonds and breaking with royal tradition, the ring was designed to Diana's specifications. Prince William said of the choice of engagement ring: " As you may recognise, it is my mother's engagement ring so of course it is very special to me, as Kate is very special to me now. It was right to put the two together. It's my way of making sure my mother didn't miss out on the excitement today and the fact we are going to spend the rest of our lives together." According to Kate, the proposal in Kenya in October "was very romantic" and the same country  where William's grandmother found out she was going to be queen. Kate admits that the prospect of joining the Royal family is a daunting prospect but intends to "take it in my stride".