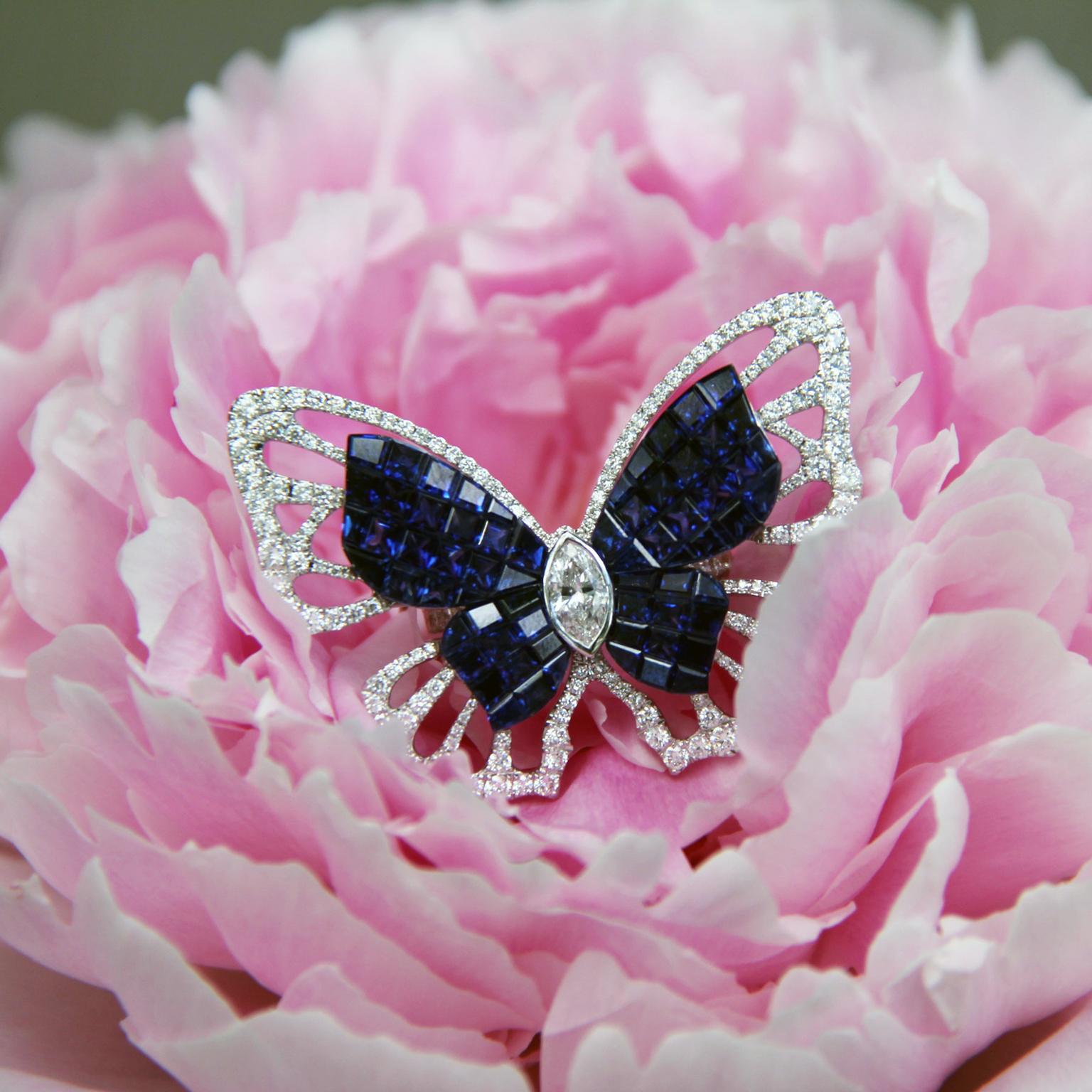 The concept of a “jacket” to dress up your solitaire ring came to Jessica McCormack when her husband gave her a five-stone Victorian ring that belonged to his grandmother. Not her style, her first instinct was to break it up and make it into a pair of earrings. But then she noticed it was engraved with an important date – 1910, the year her husband’s grandmother got married – and thought, “Actually, this ring is not for me, it’s for us to pass down to our children.”

McCormack’s jackets are designed to wrap around an existing ring to give it a completely new look. She calls them party jackets, which perfectly describes the transformation that takes place when you slip one on your finger. A simple solitaire becomes a cocktail ring, and a jewel that might not be getting a lot of love is made wearable once again.

Her first jacket – a ruby and black gold design – kept the soul and integrity of the original Victorian ring but turned it into something completely different. “It inspired the whole Diamond Party Jacket collection,” she explains. McCormack’s latest Trip the Light Fantastic jacket, below, which launches on 20 September, is sold as part of a set alongside her Signature Button Back ring but can also be custom-fitted to a client’s existing ring if they feel their solitaire has lost its sparkle.

“I’ve worked with old antique pieces of jewellery that people haven’t wanted to touch and engagement rings belonging to people who got married when they were 20 and were not really into them anymore. I had a client in LA who had an 8-carat Cartier ring that she didn’t wear so we created this amazing Art Deco jacket that wrapped around it so that now it no longer sits in the safe.”

Inspired by 18th-century Keeper rings, which were worn on either side of a wedding band to accent and protect it, McCormack’s party jackets are far more flamboyant, but the idea of embellishing a smaller jewel is something that has caught on.

German jeweller Stenzhorn uses the term kimono to describe its jacket-style design. The two parts of its Mademoiselle B butterfly ring slot seamlessly together, layering two pairs of wings on top of one another. The butterfly, mystery set with sapphires so that no metal is visible between the gems, is pretty worn alone, but add the diamond kimono and it becomes a beautiful, finger-spanning cocktail ring:

This autumn, Astley Clarke launches Phototaxis, the British jeweller’s third collection designed by new creative director Dominic Jones. Each piece is based on Jones’ hand carvings of British moths, in this case a Magpie moth and its distinctive black and white markings. What I love about this ring is its delicacy – even with its jacket, it is still a dainty jewel – and the attention to the smallest details.

Jones has chosen to use rutilated quartz, a transparent stone with the appearance of tiny golden hairs trapped inside, for the “body” of the moth, which can be worn separately as a striking marquise-cut ring. The gold wings have been hand-painted to tonally match the black and white diamonds.

“When I was designing the Magpie moth ring I fell naturally into the idea of constructing it in two parts by having the centre stone and ring jacket separate,” explains Jones. “It gave the piece a modernity and freedom that it wouldn’t have had if it was just a single ring. I love the fact the wearer has a variety of ways they can wear it, be that together, or separately, on opposite fingers, or even the jacket with their engagement ring in the centre.”

Last year, Stephen Webster launched new Magnipheasant rings that fan down the finger until they reach the knuckle, and this season he has added several new solitaire rings that fit snugly in the space between the diamond-set feathers. “The beauty is their changeability,” says Jessica McCormack of her party jackets, and the same could be said for all the designs we’ve spotted this season. Whether it’s breathing new life into an heirloom piece or jazzing up a single-stone ring, jackets are the quickest way to turn a simpler jewel into a talking piece. 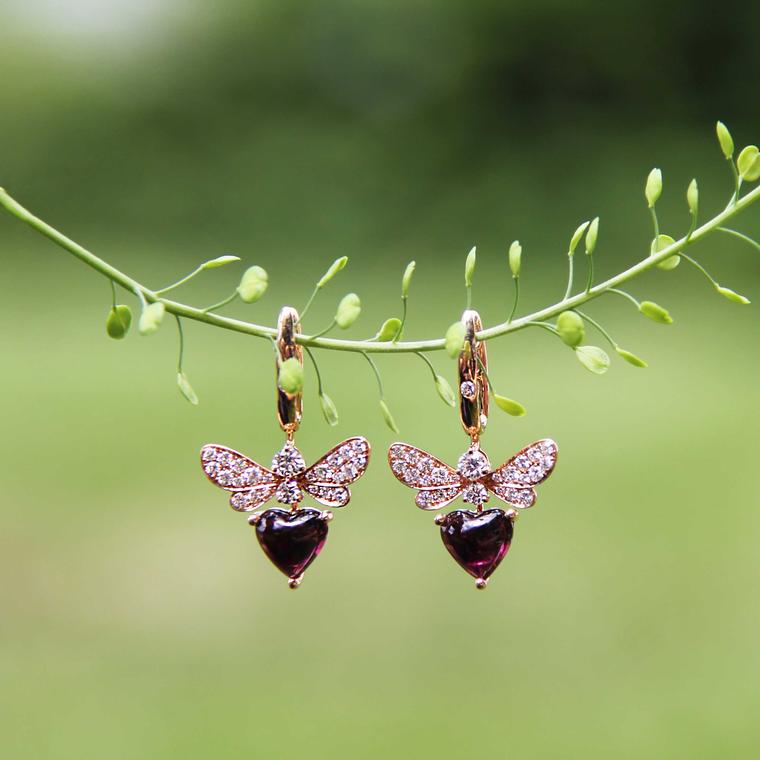 A Stenzhorn jewel a day keeps the blues away 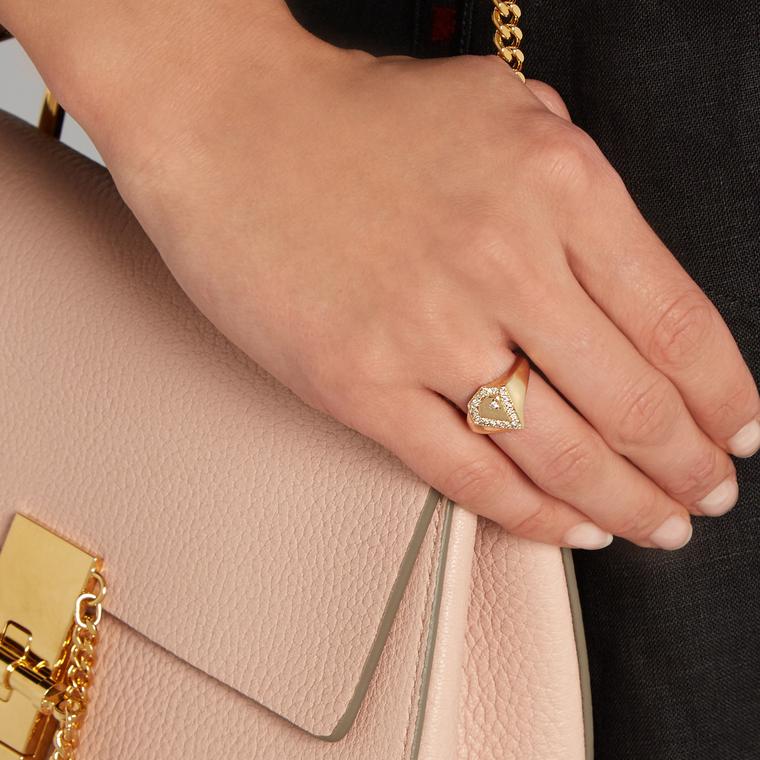 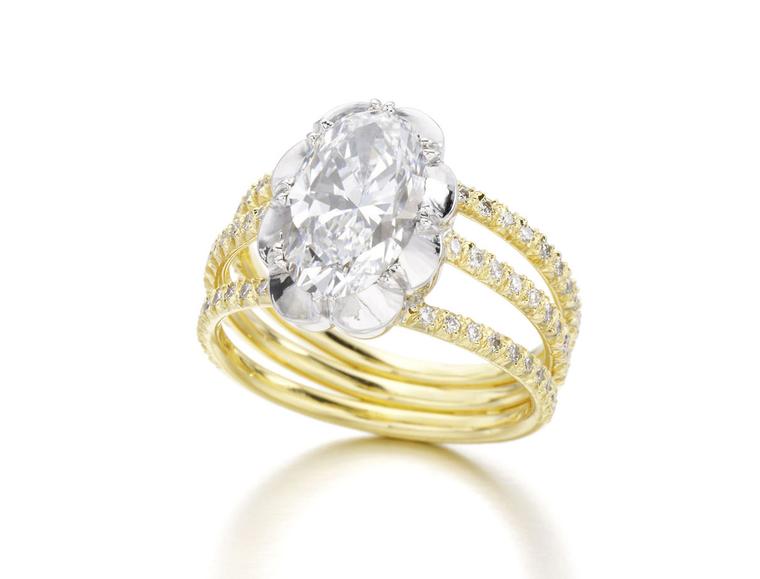