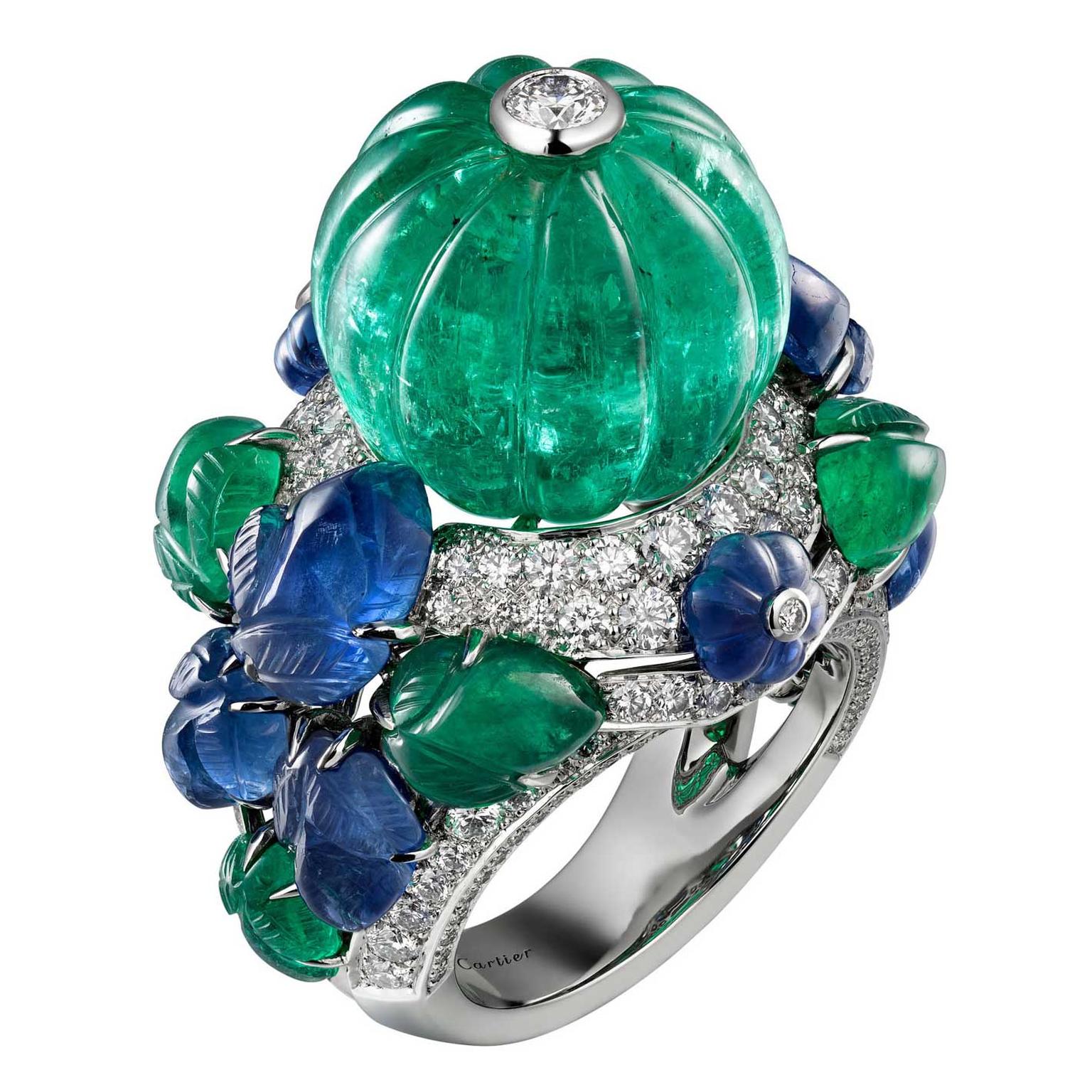 The extraordinary Al Thani collection of Indian and Indian-inspired jewellery first got our hearts beating when it was shown at the Metropolitan Museum of Art in New York in 2014.

Bejewelled Treasures, the current show at the Victoria and Albert Museum in London, which runs until 28 March, is an even bigger treat, with more than 100 historic gems and jewelled objects drawn from the impressive collection of Sheikh Hamad bin Abdullah Al Thani of Qatar, as well as from the Royal Collection.

Watch our video on Bejewelled Treasures: The Al Thani exhibition at the V&A

Few people in history have worn jewels as well as India's maharajas - princes who literally wore their wealth and power on their sleeves in the form of intricate bracelets, necklaces, and turban ornaments, resplendent with diamonds, coloured gemstones and enamelling.

The influence of India's diverse jewellery traditions has flowed back and forth with the West since the days of the Mughals. It reached fever pitch in the early 20th century when the maharajas brought their enormous gem collections to Europe to have them set in the Western style by Boucheron, Mellerio dits Meller and other great Maisons.

The French jewellery houses were equally influenced by Indian traditions: Cartier's iconic Tutti Frutti creations of carved gems in blues and greens, and reds and greens, owes its naissance to Indian exuberance.

Jewellery continues to hold great significance in India, worn every day by people from all walks of life. Its jewellery traditions continue to have far-reaching influence today, as seen in this year's high jewellery collections from Cartier and Boucheron.

One of Cartier's Étourdissant pieces recently unveiled at Art Basel Miami is a Tutti Frutti ring which contrasts the luscious texture of carved coloured gems  with the sparkle of diamonds.

Boucheron's Bleu de Jodhpur high jewelry collection pays homage to the maison's long relationship with Indian maharajas. Born of a collaboration between creative director Claire de Choisne and the current maharaja of Jodhpur, Gaj Singh II, it transforms traditional Indian motifs into wholly modern luxury. The peacock is an inspiration in the Plume de Paon necklace but here, Claire pushes the boundaries of high jewellery by using slivers of Makrana marble, as used at the Taj Mahal. The matte texture and harmonious silhouette contrasts beautifully with diamonds.

Amrapali's emerald and pearl earrings evoke times past. In the early 20th century, Anita Delgado, a Spanish dancer who married the Raja of Kapurthala , spotted an unusual crescent-shaped emerald on a royal elephant and had it transformed into a brooch, which is now featured in the V&A exhibition. This art nouveau romance continues in Amrapali's earrings, diamonds and pearl flowers in blackened gold wrapping themselves around translucent Zambian emeralds.

Hanut Singh is another rising star in the world of Indian jewellery. He inherited his elegant style from his grandmother Maharani Sita Devi, once muse to the likes of Man Ray and Cecil Beaton. Hanut's love of Moghul and art deco architecture in his native New Delhi, his sense of balance and appreciation for colour are all apparent in his Narcotic Jasmine earrings, that feature should-skimming flowers of natural pearls and diamonds, edged in black enamel.

UK designer Alice Cicolini was first inspired to make jewellery when surrounded by the exuberant wonders of the Mehrangir Fort in Jodhpur. Her Jodhpur miniature petal ring is a colorful, contemporary cocktail ring where a pale aquamarine is offset by its surrounding deep blue Meenakari enameling and rose-red petals that rise up the sides of the ring.

Sylvie Corbelin's wildly imaginative Pythie ring, with echoes of the V&A exhibition's extraordinary hair ornament from Southern India in which diamond-encrusted serpents, representing procreation and fertility, wrap themselves around a central ruby; and Alessio Boschi's statement Plumes necklace, which recalls the beautiful Mellerio dits Meller peacock brooch on display at the V&A - one of the newest additions to the Sheikh's collection and one of the highlights of the show. 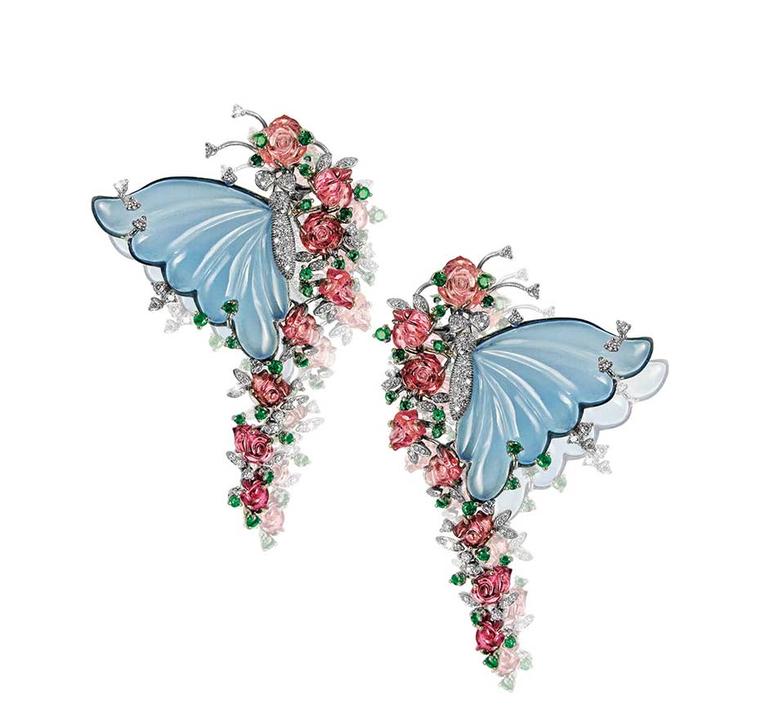 The ancient art of gemstone carving makes a comeback in India 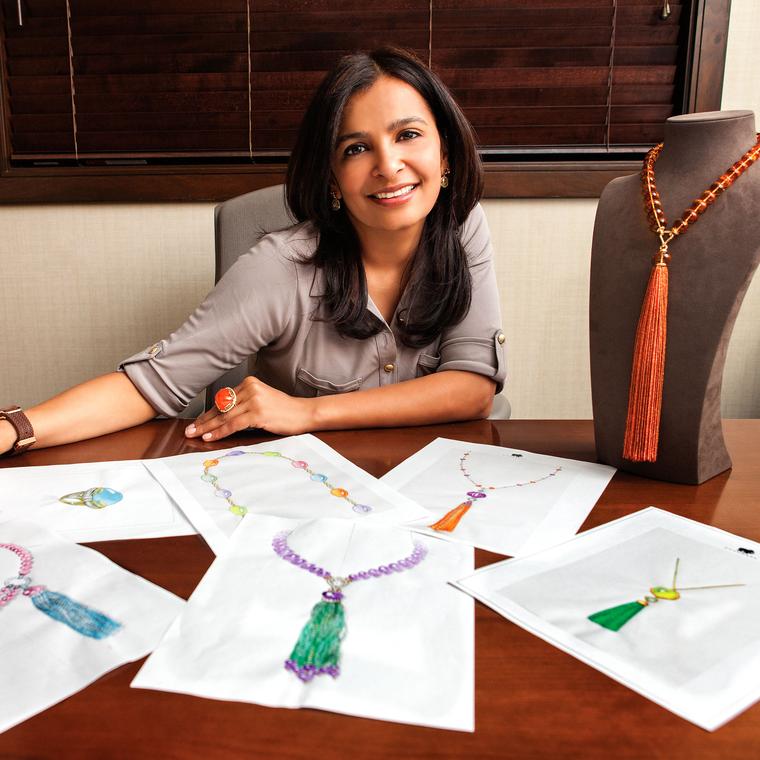 Colour me beautiful with Goshwara