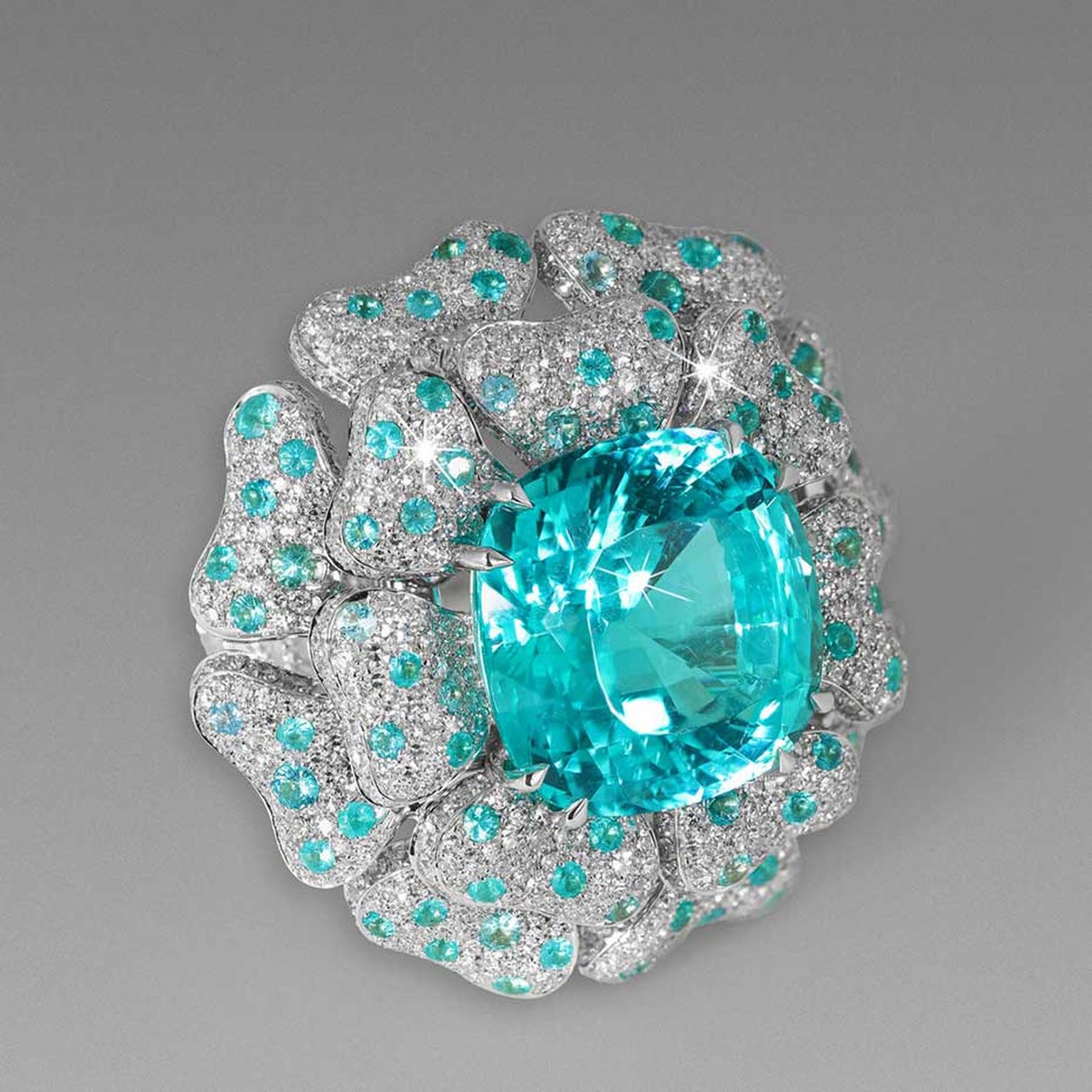 Locked away beneath the harsh, dry scrubland of north-eastern Brazil was a Paraiba tourmaline of such extraordinary colour that, when it made its debut at the Tucson Gem Show in 1990, the tantalising ocean-like, green-blue gem sent buyers into a frenzy - driving up the price from hundreds to thousands of dollars per carat within days. The Paraiba tourmalines discovered in the Brazilian outpost of São José da Batalha, and two subsequent sites in neighbouring Rio Grande do Norte, were electric in colour, almost neon; a never-before-seen quirk of nature created by a high copper content.

Today, these mines are practically exhausted, certainly in terms of major finds, according to Direct Source Gems founder Matthew Morrell. A gemmologist with expertise in Brazilian stones, Morrell says: "The mines are working but its mostly small stones," he says. "It is extremely rare for any quality stones bigger than 3cts to be found now."

Hans D. Krieger is one of the few jewellers still producing new Paraiba tourmaline designs. While these coloured gemstones are recherché, they are not completely off the market, and David Fell, who heads up the brand in the UK, says they work closely with a German gem dealer with a few "stashed away for a rainy day" or an important client.

"We have a wonderful customer in the north-west of England who we took over to Germany to see the precious stones," says Fell, who warns that Paraiba tourmalines can prove addictive. "She bought a ring, then earrings, then a pendant, and now a bracelet is on the cards. It's the kind of stone that people truly fall in love with. It's so mesmerising in its brightness."

"Hollywood swimming pool blue" is how Theo Fennell likes to describe the colour, and he currently has a spectacular 61.94ct tourmaline in his collection that fits the bill, set in his Mozambique Ring. But as the name of the jewel suggests, this precious stone is not from Brazil but from Africa, where Paraiba-like tourmalines started emerging in the early 2000s from mines in Nigeria and Mozambique. To even a highly trained eye, it is impossible to tell the Brazilian and African stones apart, and the discovery of these mines has brought large sizes of these wonderful gems back to the market.

Chopard has taken advantage of this newer source to create an enormous 41.57ct oval-shaped tourmaline ring, with the lagoon-like gem encircled by a reef of pear-shaped and round diamonds, which was unveiled at Paris Couture Week in January. Chaumet also turned to Africa when creating a suite within its latest high jewellery collection, which sets droplets of tourmaline off against splashes of diamonds to set the scene for large, square-cut aquamarines.

While prices for both the African and Brazilian precious stone have rocketed in the past 10 years, top-quality Paraiba tourmalines do carry a premium, with Morrell reporting that a 2ct stone now fetches US$60,000. But when you're swimming in the depths of one of these cerulean stones, the question of continent will be the furthest thing from your mind; you'll be far too busy marvelling at the vibrancy of this natural wonder.

Read more about the story of Paraiba tourmalines here 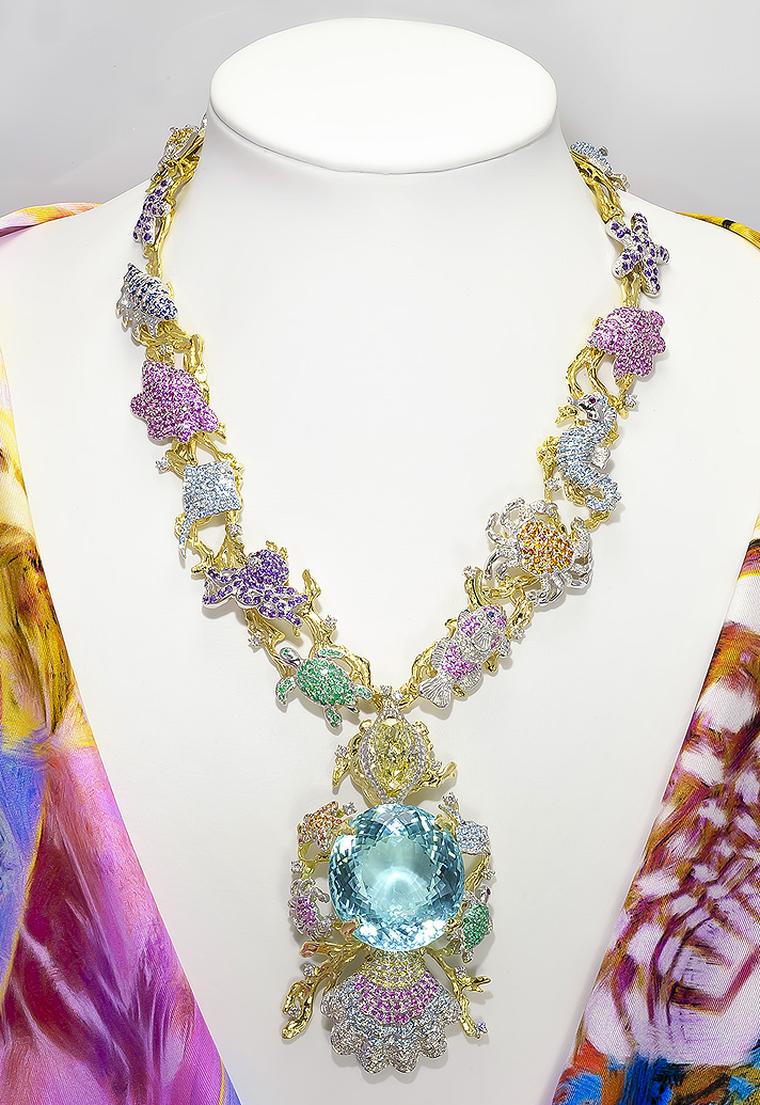 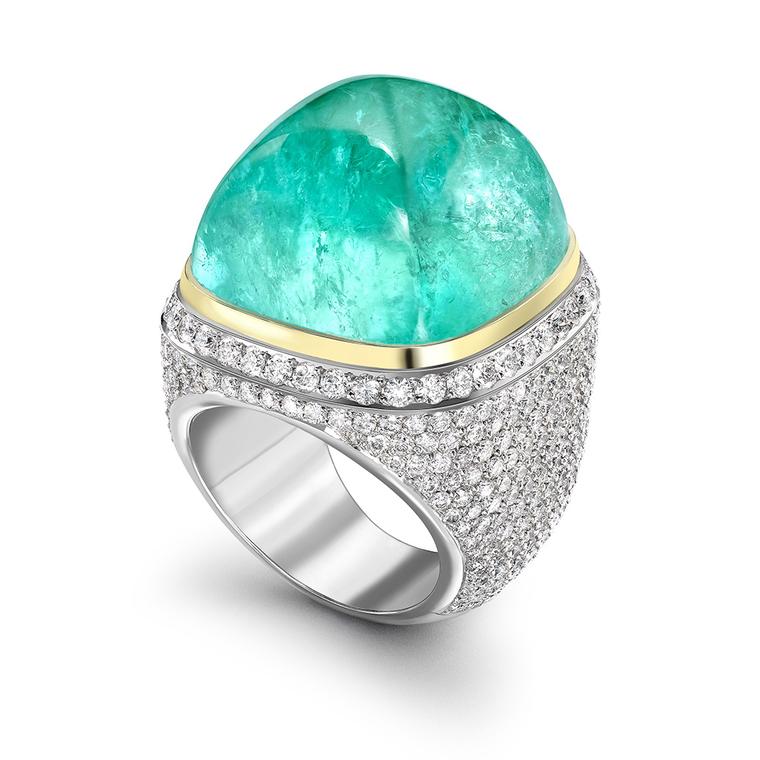