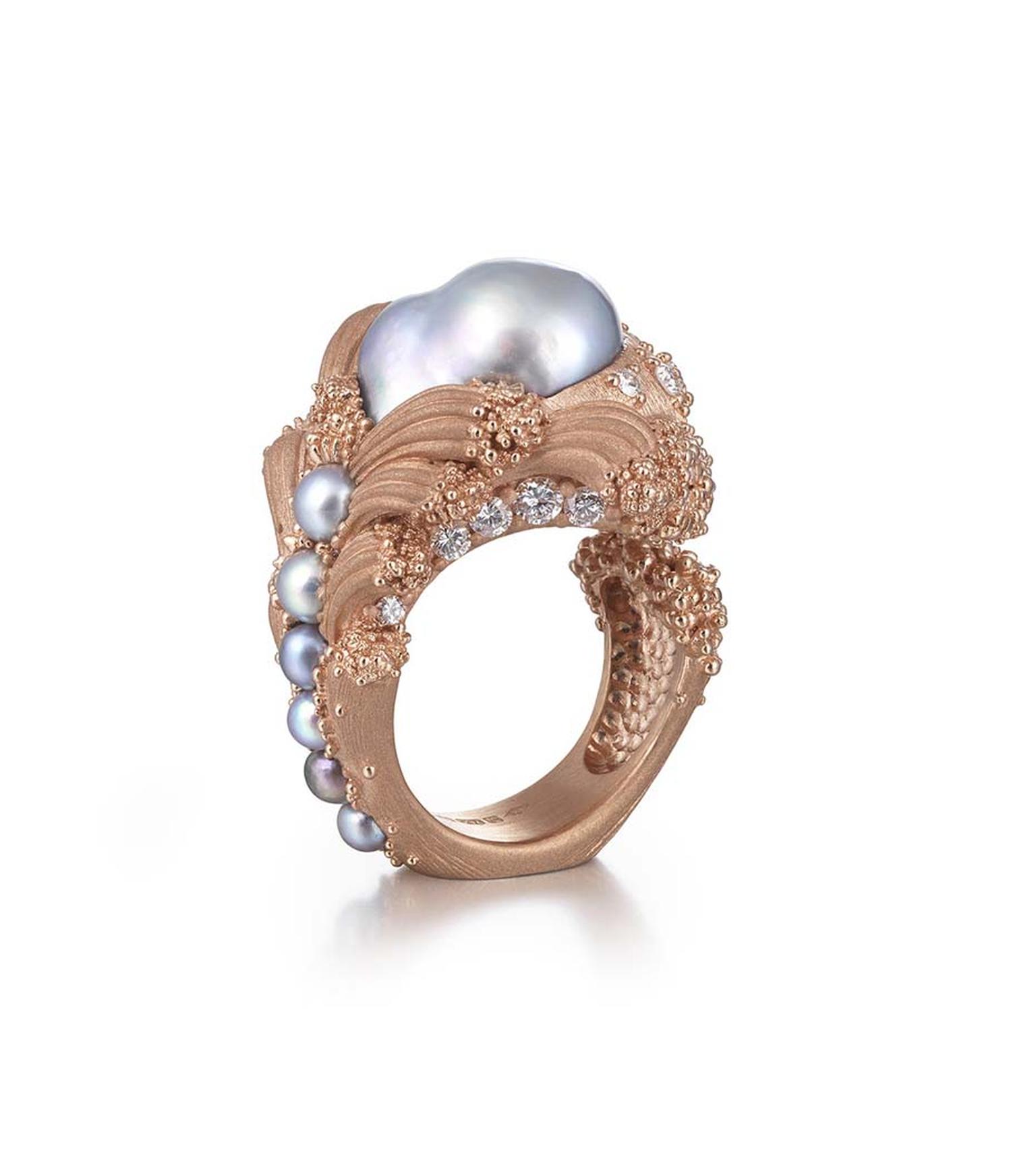 Entitled "The Uprising", the baroque pearl ring scooped both the International Jewellery London Precious Jewellery Award and the prestigious Goldsmiths' Company Award. The latter is considered the second biggest prize in the fine jewellery industry after the Jacques Cartier Memorial Award.

The pearl ring was created as part of a project that the London-based designer is undertaking with a pearl company based in Dubai. Speaking after the ceremony held at Goldsmiths' Hall in London, Ornella said: "There are no words to describe how happy I am!"

Ornella is renowned for her unique, sculptural one-of-a-kind jewels set with unusual gemstones, like the Ethiopian Wello opal pictured below, that harness the power of nature. The annual competition is run by the Goldsmiths' Craft & Design Council and aims to reward excellence in technical skills, and creative design in precious metals and related materials.

Chairman Mark Huggins said: "This competition encourages, promotes and celebrates excellence in technical skill, and originality in craftsmanship and design. These elements remain central to the continued success of our industry and I would like to pay tribute to all those who entered and the winners honoured with awards this year."

The Ornella Iannuzzi baroque pearl ring is on display at the Goldsmiths' Hall until Friday 6 March. 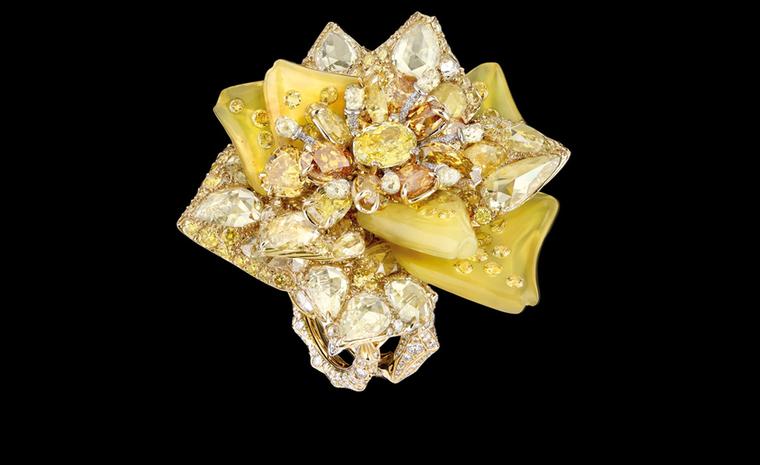 The joy of opals 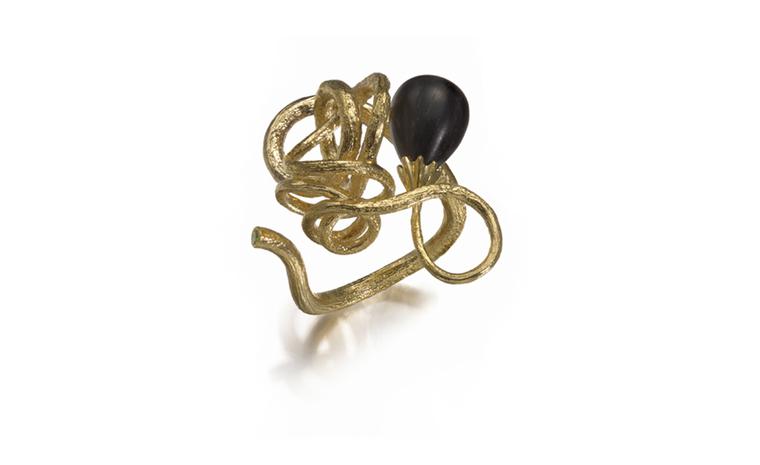