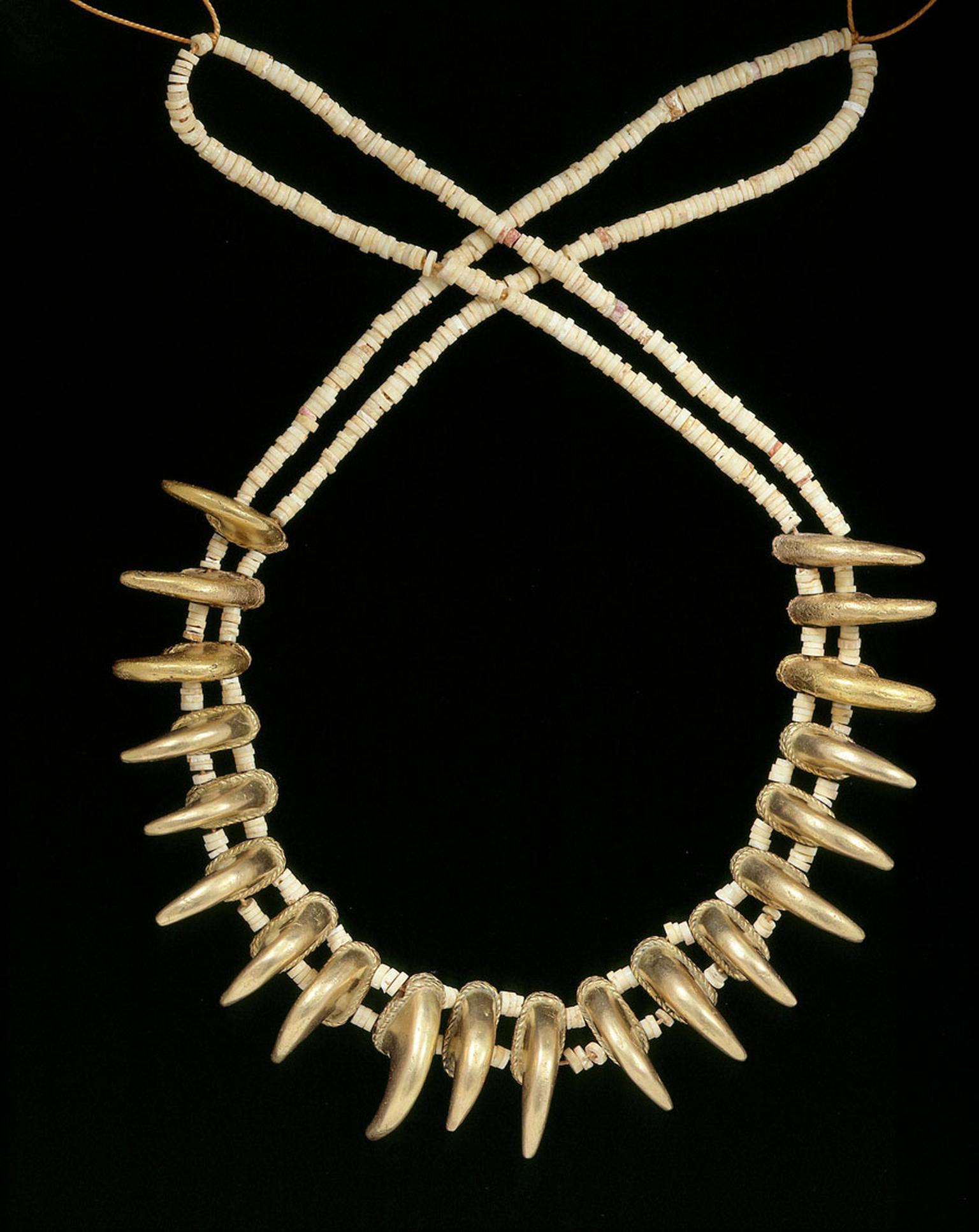 Opening today at the British Museum in London, 'Beyond El Dorado: Power and Gold in Ancient Columbia' explores ancient Colombia's obsession with gold.

For centuries Europeans were enthralled by the legend of El Dorado and it remains a legendary tale today. Translated literally as 'the golden one', stories were told of El Dorado imagined as a lost city of gold or a golden man who jumped into Lake Guatavita. This exhibition explores the truth behind some of these myths, delving into the powerful social and spiritual meanings of gold in ancient Colombian times.

Unlike Europe, gold was not used as currency in pre-Hispanic Colombia. Instead, it had important symbolic meanings and was often fashioned into incredibly sophisticated works of art, a number of which are showcased as part of the exhibition. Two hundered objects taken from the Museo del Oro in Bogota, which jas one of the largest collections of Pre-Hispanic gold in the world, sit alongside over 100 artefacts from the British Museum's own collection. These objects include animal iconography and a funereal mask as well as some fascinating pieces of jewellery, including a nose ornament and severeal gold claw necklaces.

The exhibition will also explore the sophisticated gold working techniques of the time, including tumbaga, an alloy composed of gold and compper that was used to craft the most spectacular artworks of the time, as well as hammering techniques and old wax casting.

Of the exhibition, Neil MacGregor, director of the British Museum, said: "As part of the Museum's series of exhibitions that shine a light on little known and complex ancient societies, this exhibition will give our visitors a glimpse into these fascinating cultures of pre-hispanic South America and a chance to explore the legend of El Dorado through these stunning objects,"

'Beyond El Dorado: Power and Gold in Ancient Columbia' at the British Museum runs from 17 October 2013 - 23 March 2014. To read more, and book tickets online, click here.