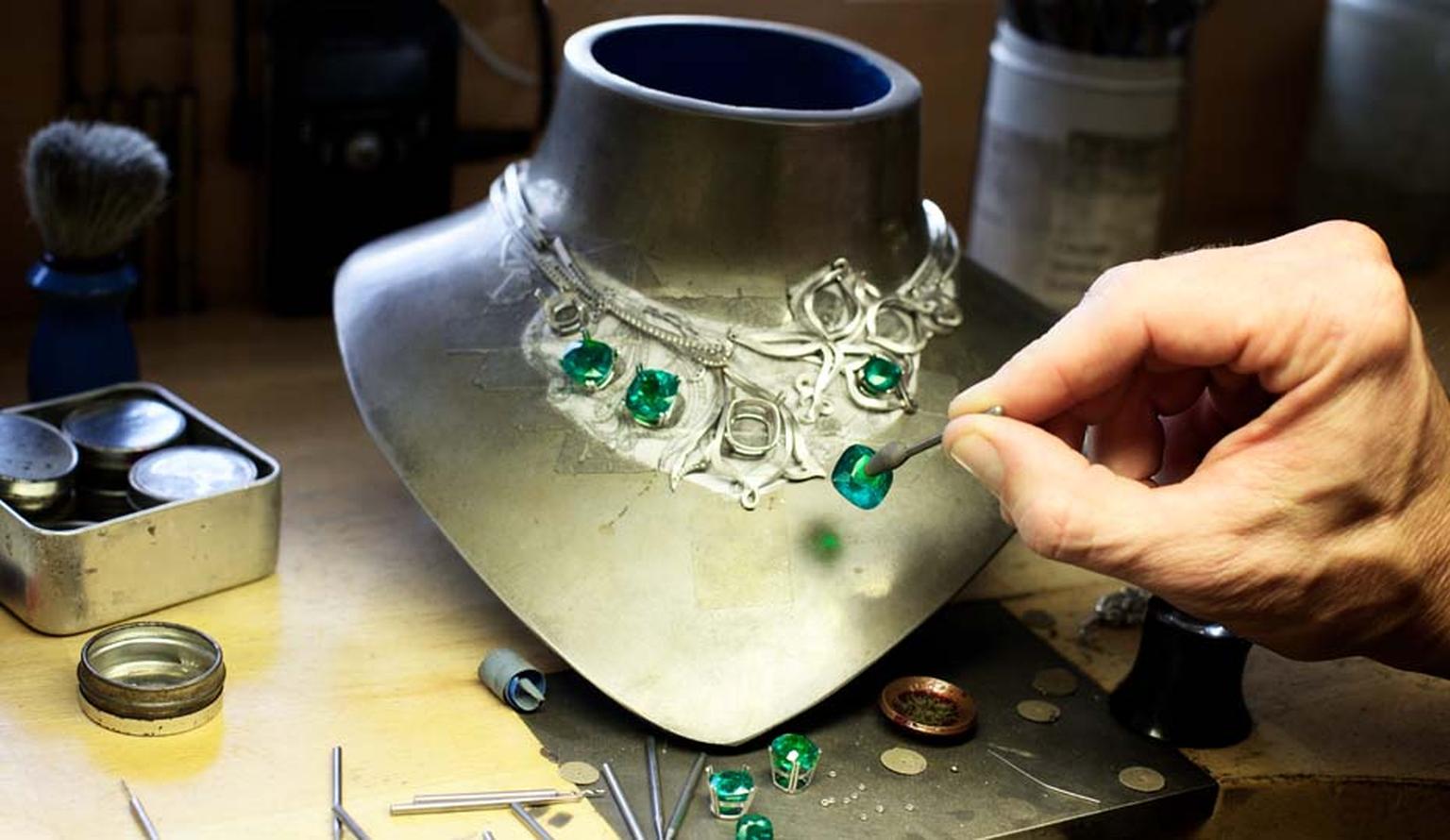 This fly-on-the-wall style documentary, by the makers of Inside Claridge's, has the film crew shadowing the Wainwright family for months as they embarked on the quest to create their most extravagant creation ever, the Greenfire suite of jewels, consisting of a necklace, pendant, earrings and a ring, for sale today for £2.8 million at Harrods.

As well as documenting the making of the Greenfire suite, the programme is a fascinating insight into the day-to-day business of this most British of jewellers. Founded in 1798, Boodles is still a family owned and run business, now in its sixth generation, with brothers Michael and Nicholas Wainwright at the helm.

It follows the younger, chisel-jawed Jody Wainwright as he travels the world looking for the perfect stones, peers over the shoulder of master jewellers and shows the Wainwright clan's magic in action as they schmooze with their billionaire clients over champagne, poolside in Monte Carlo.

We see the Wainwrights' reassuringly calm manner in action, cutting a deal with a diamond polisher in New York and selling jewels to their guests at a lawn tennis party. We find out that Emma Thompson is a fan. As she gazes lovingly at her Boodles diamond Raindance rings, she says: "I love them and I look at them a lot, it gives me a lot of pleasure - does that make me shallow?"

The documentary switches back to the Greenfire necklace. It is up to Design Director Rebecca Hawkins to make something very special out of 18 rare Colombian emeralds from the famed Muzo mines. We see her and her team presenting three design options and the chosen one represents entwined forest foliage with diamonds as shafts of light shining through. The main necklace is knockout, with seven cushion-cut emeralds totalling 46.2 carats and 17.38 carats of diamonds.

In the Boodles workshop, we feel for Phil, the master jeweller who is in charge of bringing the sketches to life with uncompromising attention to detail and perfection. "It can be quite stressful. These stones are like £1.5 million, if you were to drop it and break it, it would be a serious problem," says Phil with the unset stones in his hand.

Under the leadership of Director James Amos, also part of the Wainwright family, we see the PR and marketing team armed with Post-it notes and highlighters, brainstorming a name for the suite and planning the launch and communications campaign.

A jaw-dropping 1,800 hours of work later, the collection is ready, and the documentary culminates in the unveiling of the Greenfire necklace to the gasps and iPhone-snapping frenzy of magazine editors in London.

This documentary is as close as you are likely to get to the rarified, high-security world of fine jewellery and is a must for lovers of jewellery or those with a curiosity to see how this fascinating industry works.  If you missed it, you can still watch it on 4oD.

PREVIOUS ARTICLE Boodles: how to create a million pound necklace NEXT ARTICLE The animal kingdom has acted as a potent muse to jewellers for centuries 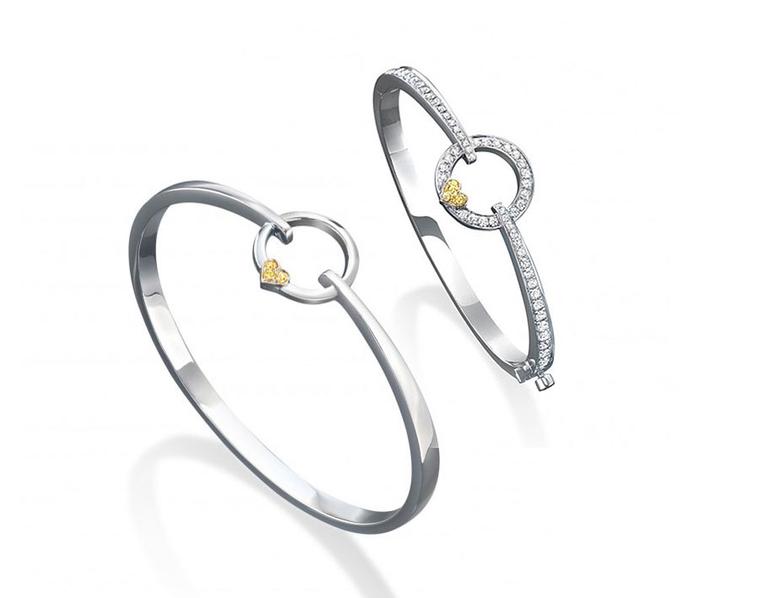 Boodles gives back with the GREAT bangle 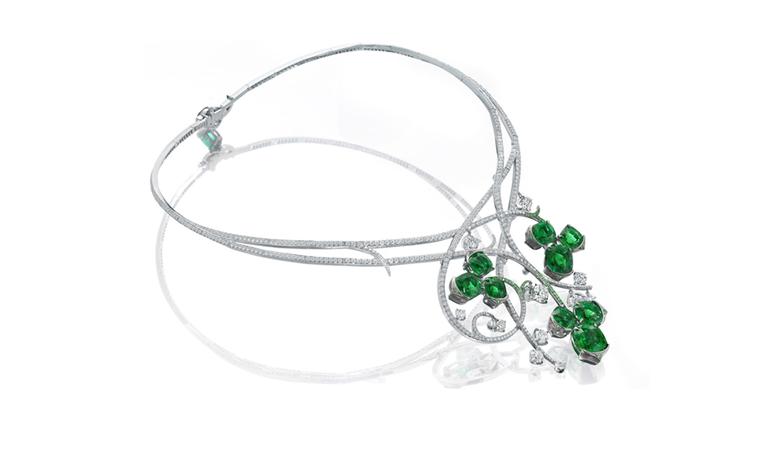 Boodles at The Savoy Hotel 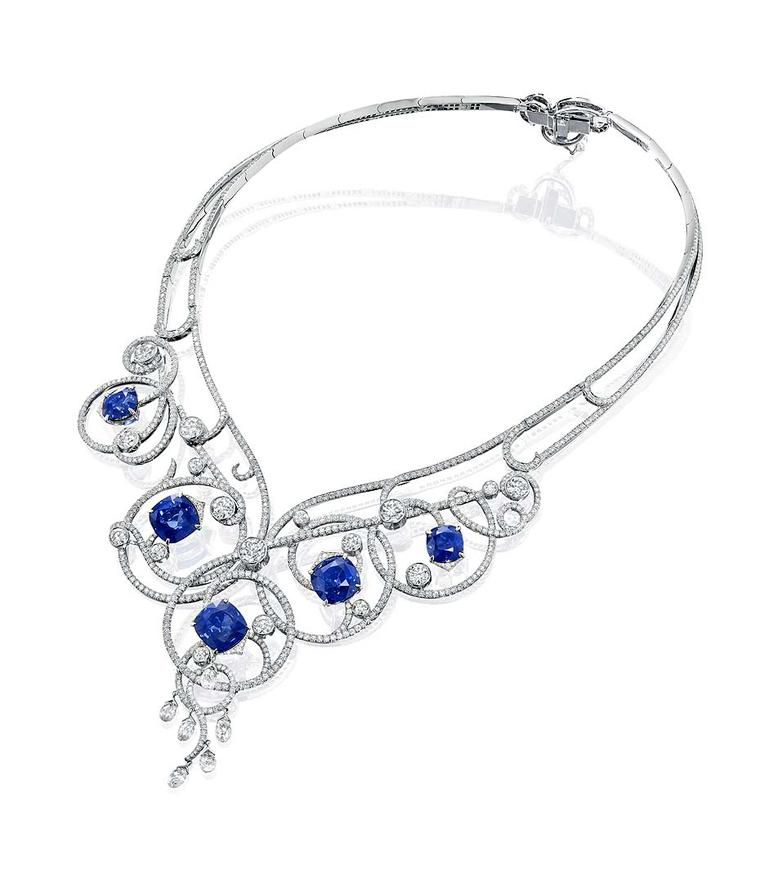