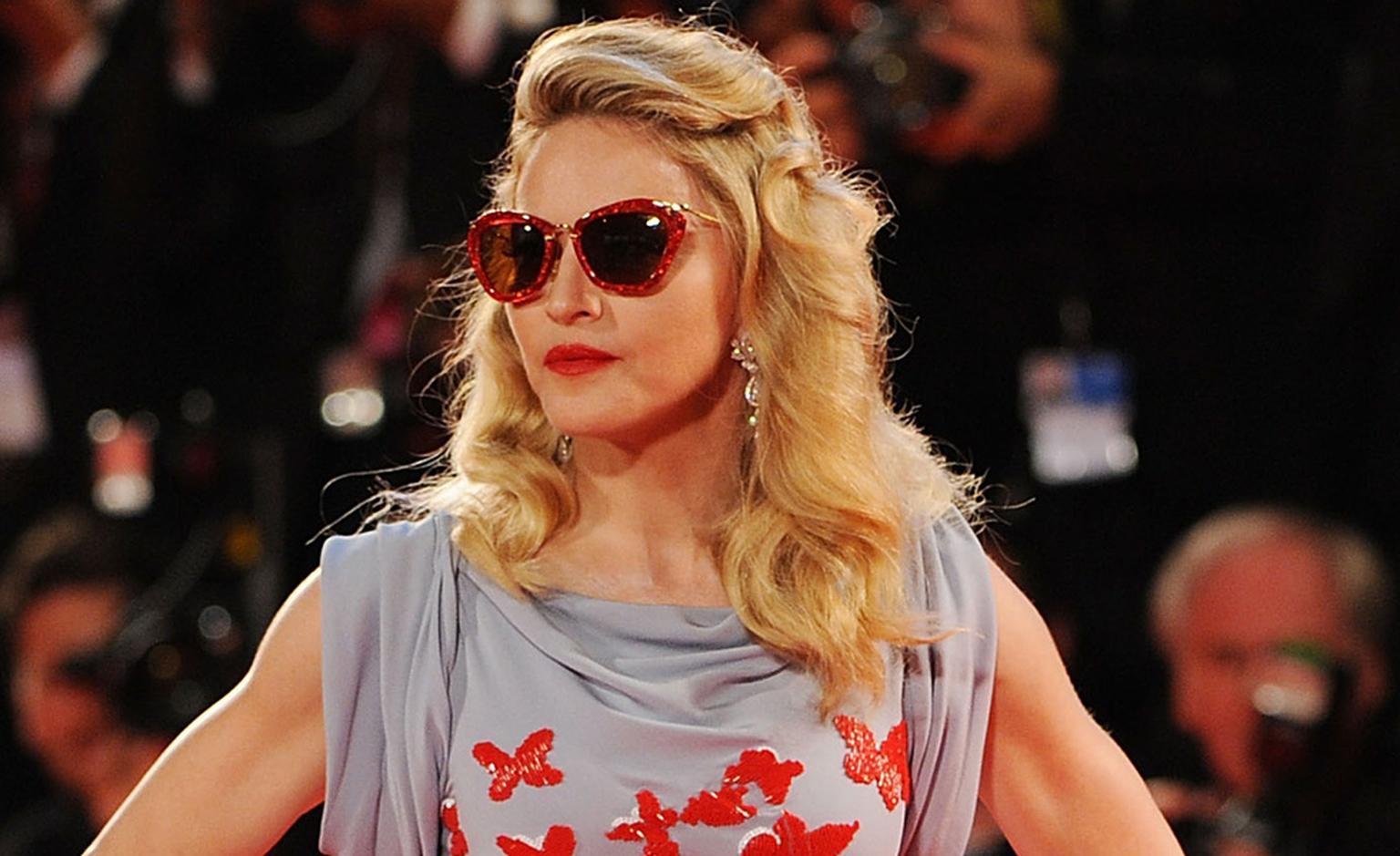 Stepping out onto the red carpet at Venice Film Festival Madonna wears vintage and contemporary Cartier jewels as featured in her latest film W.E. based on the life of Wallis Simpson. Madonna and Wallis Simpson share many traits: defiance, power, a contradictory nature as well as a penchant for red lipstick and a passion for jewels. So it is no big surprise that Madonna has chosen to focus her latest cinematographic project on this legendary woman for whom King Edward VIII abdicated the throne of Great Britain. Love her or hate her - Wallis that is - had great style and some of the most fabulous jewels of her generation. Madonna latest film is called W.E. (that stands for Wallis and Edward in their lovers' shorthand engraved in her jewels) in which she tells parallel tales of the lives Wallis and modern day Wally, living in New York. Their lives come together over the auction of Wallis' jewels at Sotheby's. Read more about the real sale and the Duchess' jewels by clicking here. The film was screened at the Venice Film Festival and in keeping with the Wallis theme, Madonna made a suitably dramatic entrance. She wore a Simpson-esque draped dress, pillar box red lipstick and the very jewels used in the filming of W.E. which is a great opportunity for those of us who haven't yet seen the film to have a sneak peek at what we may see actress Andrea Riseborough wearing as she emulates Wallis' ways. Cartier, that provided the Duchess' original and now duplicates of the jewels for the film set, also lent Madonna the jewels she wore to the Venice screening. Adding a dash of sparkle to her vintage-themed ensemble, were three Cartier vintage diamond bracelets from the late 1920's as well as replica of the cross bracelet that the Duchess wore almost daily, given to her by the Duke of Windsor.  Madonna finished off the look with a chunky Panther ring and platinum and diamond earrings by Cartier. The critics are saying that the costumes are 'beautifully detailed' (read The Daily Beast's review here) which must be music to Arianne Phillips, who served as the chief costume designer on the film. She worked closely with Pierre Rainero, Image, Style and Heritage Director at Cartier International who remarks: "Wallis Simpson, who went on to become the Duchess of Windsor, was one of the world's greatest style icons.  One aspect of her style can be attributed to the incredible jewelry that she wore, most of which were delicate tokens of the loving devotion that the Duke felt for the Duchess, who was, as her husband wished, the best-dressed woman in the world. W.E. sets out to explore their romance and it does so right down to the jewels that the Duchess so lovingly wore." Madonna was involved in getting the jewellery just right as Arianne Phillips, Custome Designer explains: "Following immense research and many discussions Madonna and I had, it was clear that the story of Wallis and Edward had to include the legendary jewelry that the Duke commissioned from Cartier during the couple's many years together.  Collaborating with Cartier and their contribution throughout the filming of W.E. brought authenticity to the story Madonna wanted to tell and illuminates on so many levels the beauty and romance in W.E.". The jewels provided to the production were a combination of true antiques and exact reproduction of jewels that had belonged to Simpson. For the latter, Cartier commissioned workshops to create faithful duplicates from drawings from its archives in London, Paris and New York. They include the following: - The Duchess of Windsor's emerald engagement ring given to her by Edward VIII - The iconic "cross" bracelet composed of a chain of brilliant-cut diamonds to which the Duchess of Windsor attached nine gem-set Latin crosses between 1933 and 1944, each given to her by the Duke to mark the milestones of their life together. Cartier recreated this bracelet in its entirety for the film using records updated in 1957, as the original has been entrusted to the Parisian workshops for restoration. This "cross" bracelet included: nine platinum crosses set with calibrated gems including aquamarines, emeralds, rubies, yellow sapphires, amethysts and baguette-cut diamonds, all dated and bearing a personal inscription of a loving or secret nature on the back. Read more about jewels in films here.