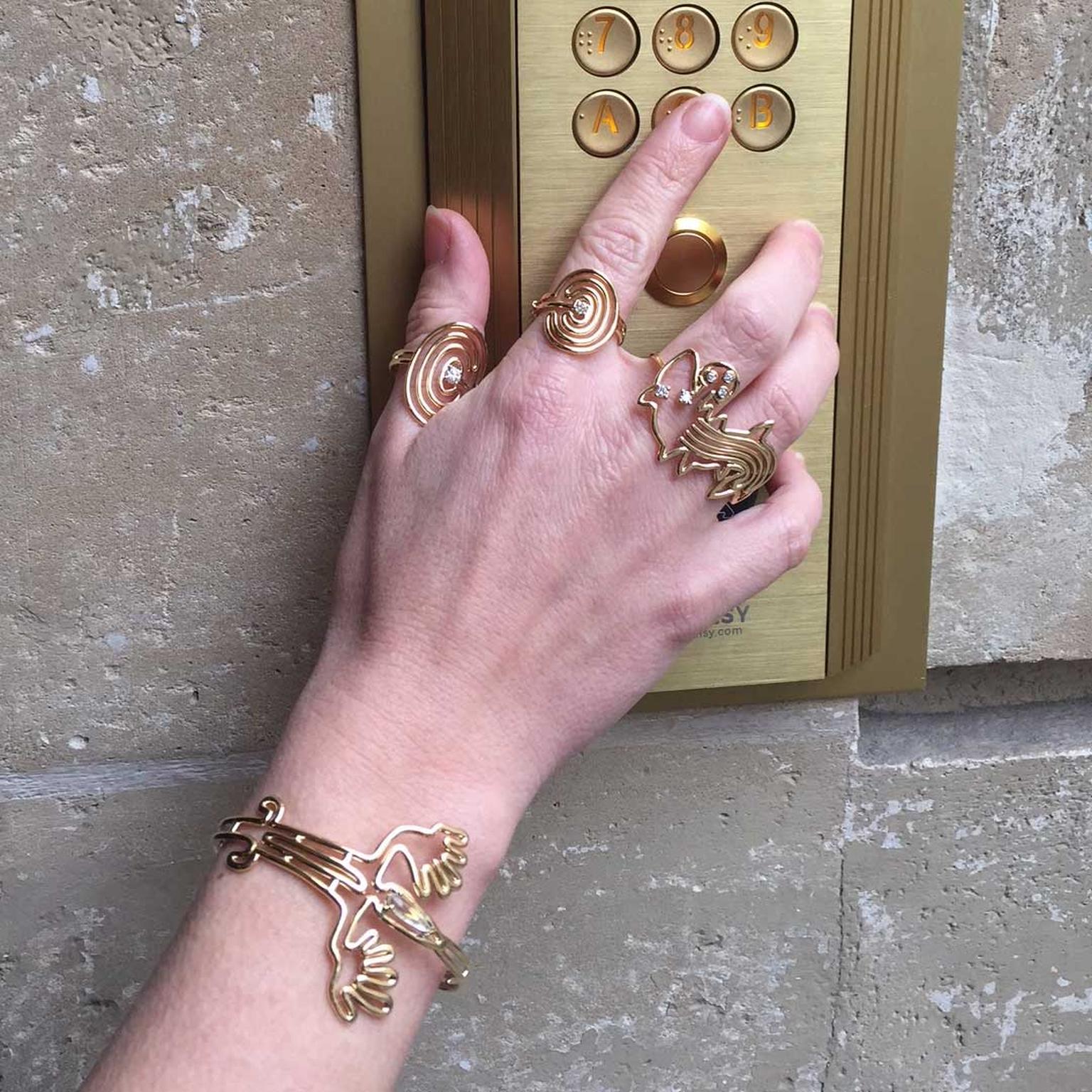 The Nazca Lines high in the arid desert of southern Peru are one of the world’s great enigmas. Spread over 450 square kilometres, hundreds of outlines of animal, plant, human and abstract forms were created by the Nazca culture between 500 BC and 500 AD.

The lines were made by removing darker pebbles to reveal the lighter soil beneath. High in lime, this soil, once exposed to night dews and then baked by the sun, hardened into a more durable crust. The lines are only 10-15 centimetres wide, but the stable, near-windless conditions of the area, with a constant daytime temperature of 25ºC, have preserved the drawings for centuries. Theories abound as to their purpose and, in particular, their surprisingly large size, with some spanning almost 400 metres.

The first clue to guessing who is behind these jewels is the word: mystery. From assumptions that range from ancient extraterrestrial links – as purported by Erich von Däniken, who is known for his outlandish theories – to astronomical observatories and religious rites, the Nazca Lines have captured the imagination of one particular jeweller who is better known for her extravagant, outsized creations, rippling with their audacious use of precious gemstones and unusual subjects. Quirky, irreverent but always with a story to tell, her works include scorpion earrings, rings in the form of historic rulers and a camel skull bracelet that engulfs the entire forearm.

The second clue relates to travel. Our jeweller is often inspired by her globetrotting ways. On her voyages she picks up details, legends, colours, architecture and history and weaves them into her fantastical jewels, each of which tells a story. In the past Istanbul, Peking, the Sahara and Xochimilco have set this jeweller’s creative juices flowing.

The third clue relates to animals, which is the only clear link between this jeweller’s previous work and the departure represented by the very simple, graphic lines of the Nazca collection. Our creator often features animals in her jewels in the most unexpected of ways. Dung beetles, pigs, spiders, crocodiles, cats, scorpions, snakes, toads, monkeys and stick insects populate her exotic and colourful menagerie. In fact, an entire collection has been devoted to the characters of Animal Farm.

Can you guess who we are talking about? Seeing as you have read this far, I think it is only fair to reveal that the mystery jeweller is none other than Lydia Courteille. Are you surprised? We were, which is why we are constantly drawn to Lydia’s work and impressed with her power to surprise us. It was Lydia Courteille's intention to create an on-trend minimalist-style jewellery collection but still with a story to tell, in her own way. 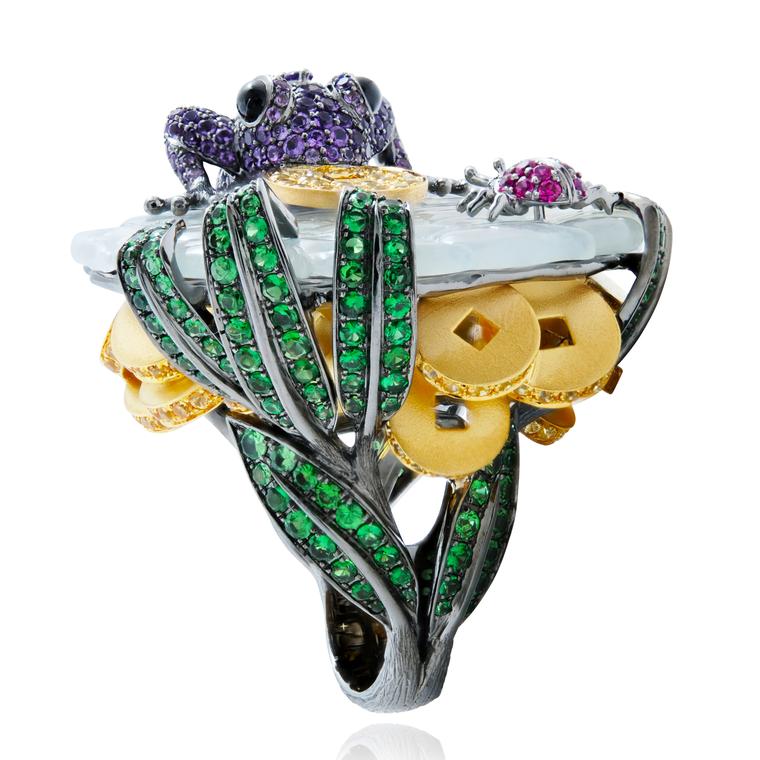 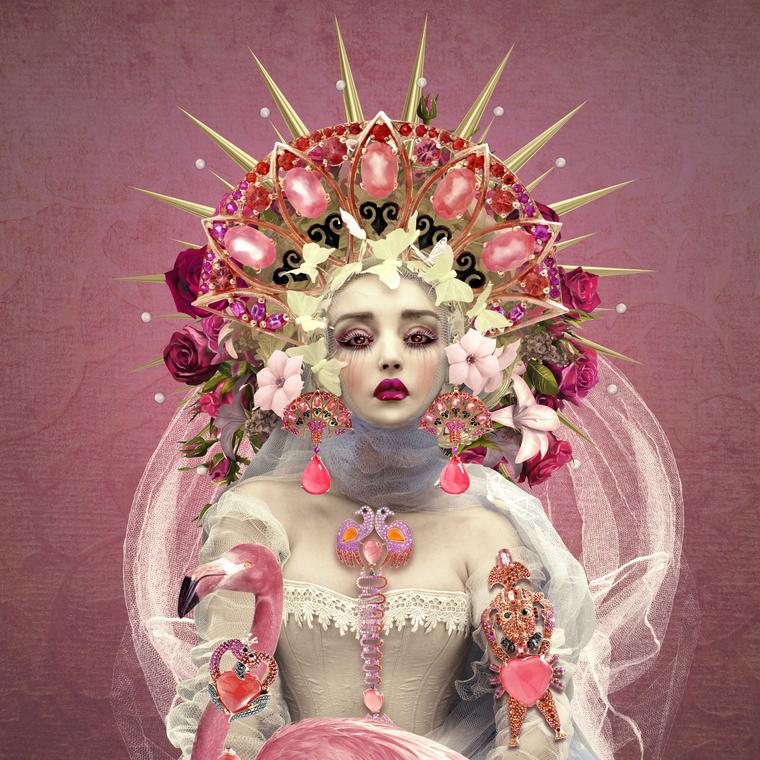 Lydia Courteille: Rosa del Inca is risen from the Andes 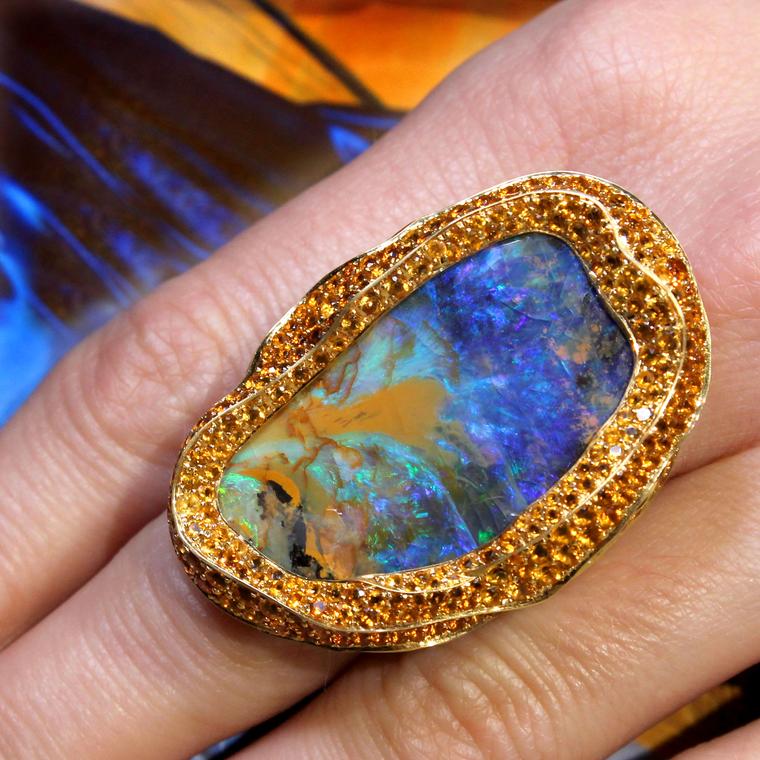 Lydia Courteille: queen of the desert