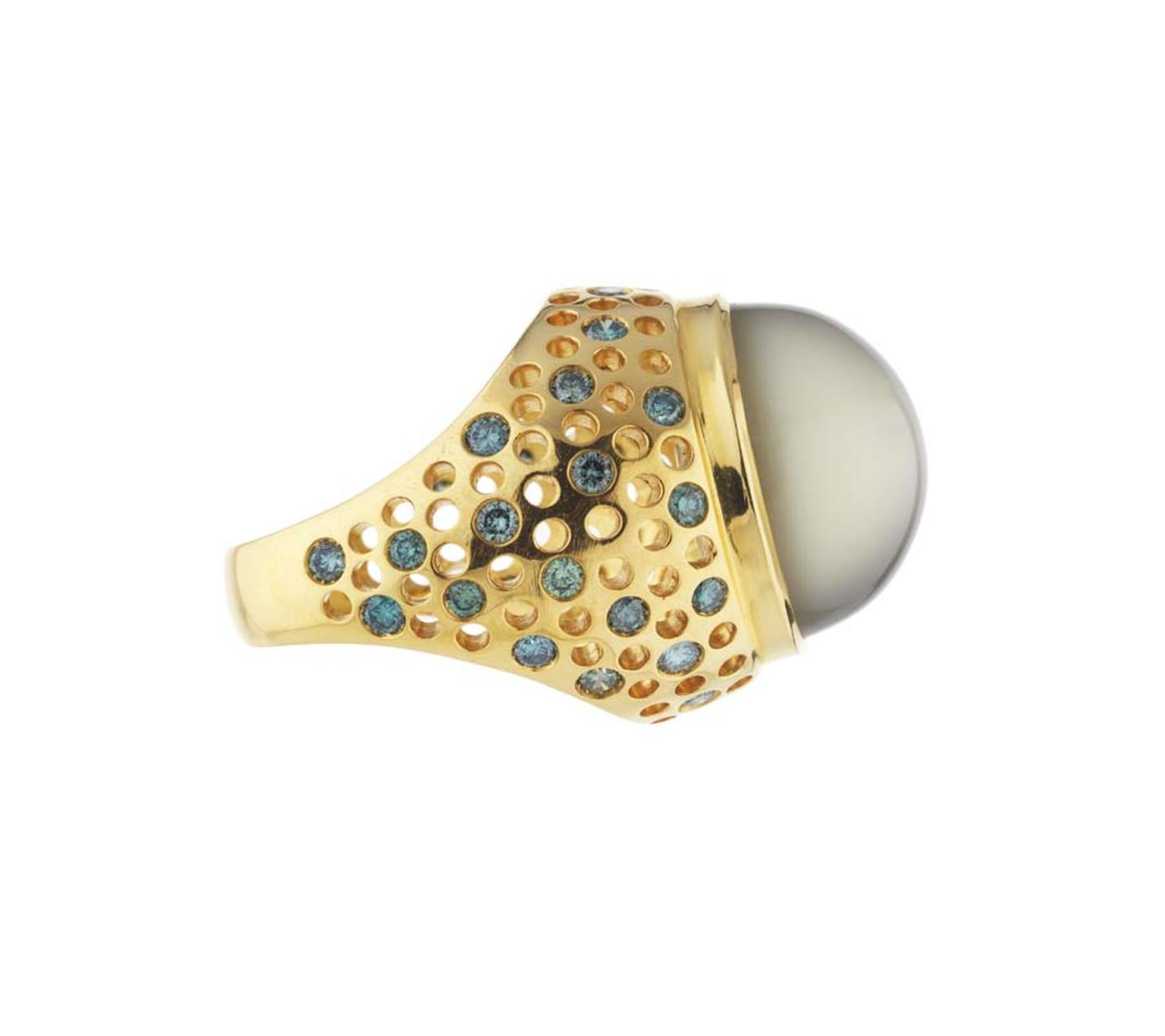 While Holts London was founded over 66 years ago, this thriving jewellery concern known for housing one of the UK's largest assortment of precious and semi-precious gems, as well as having its own in-house lapidary specialists, has just created its first branded jewellery collection, christened Holts London.

Colourful gems take centre stage in the Holts London collection of cocktail rings, earrings and necklaces. And while diamonds are included in some of the pieces, Holts is all about gemstones with unexpected colour variations. Take, for instance, the Holts Park Life and Portobello pendants. While both necklaces feature emeralds, the dramatic variation in colour and inclusions could easily lead a less discerning eye to confuse them with two very separate gemstones.

The Park Life pendant combines a delicate, mint-green emerald leaf set in white gold with brilliant-cut diamonds running through its centre vein. The Portobello pendant, meanwhile, is a bolder piece that features a dark-hued, rose-cut emerald drop with black inclusions suspended from a ruby cabochon and black diamonds.

Anything but cruel to behold, my favourite piece in the collection is the Vicious ring. With its rounded edges, the ring holds a large moonstone at its centre encircled by a thick yellow gold band studded with bright blue and green diamonds. A similar ring, called Vivienne, shares the same design codes but marries rose gold and pink spinels with green diamonds, completely changing the mood of the piece.

I had the opportunity to meet Robert and Jason Holt at their press event for the Holts London 2014 collection and was given a grand tour of the pieces by Robert, who founded the company. Very much an active presence in the company, he talked through each piece with passion and enthusiasm. He particularly enjoyed showing off his own design in the form of a beautiful rock crystal ring, which celebrates geometry and minimalism.

Later, I spoke to Robert's son, Jason, who left his job as a lawyer in 1999 to become the managing director of Holts London. With a passion for jewellery that matches his father's, it quickly became apparent that this is still very much a family-run business. Amongst its many ventures, their thriving store and workshop in the heart of Hatton Garden offers a large collection of precious and semi-precious gems as well as bespoke jewellery.

With such a colourful and varied first collection, I only hope it won't take another 66 years for the arrival of the next Holts jewellery collection.