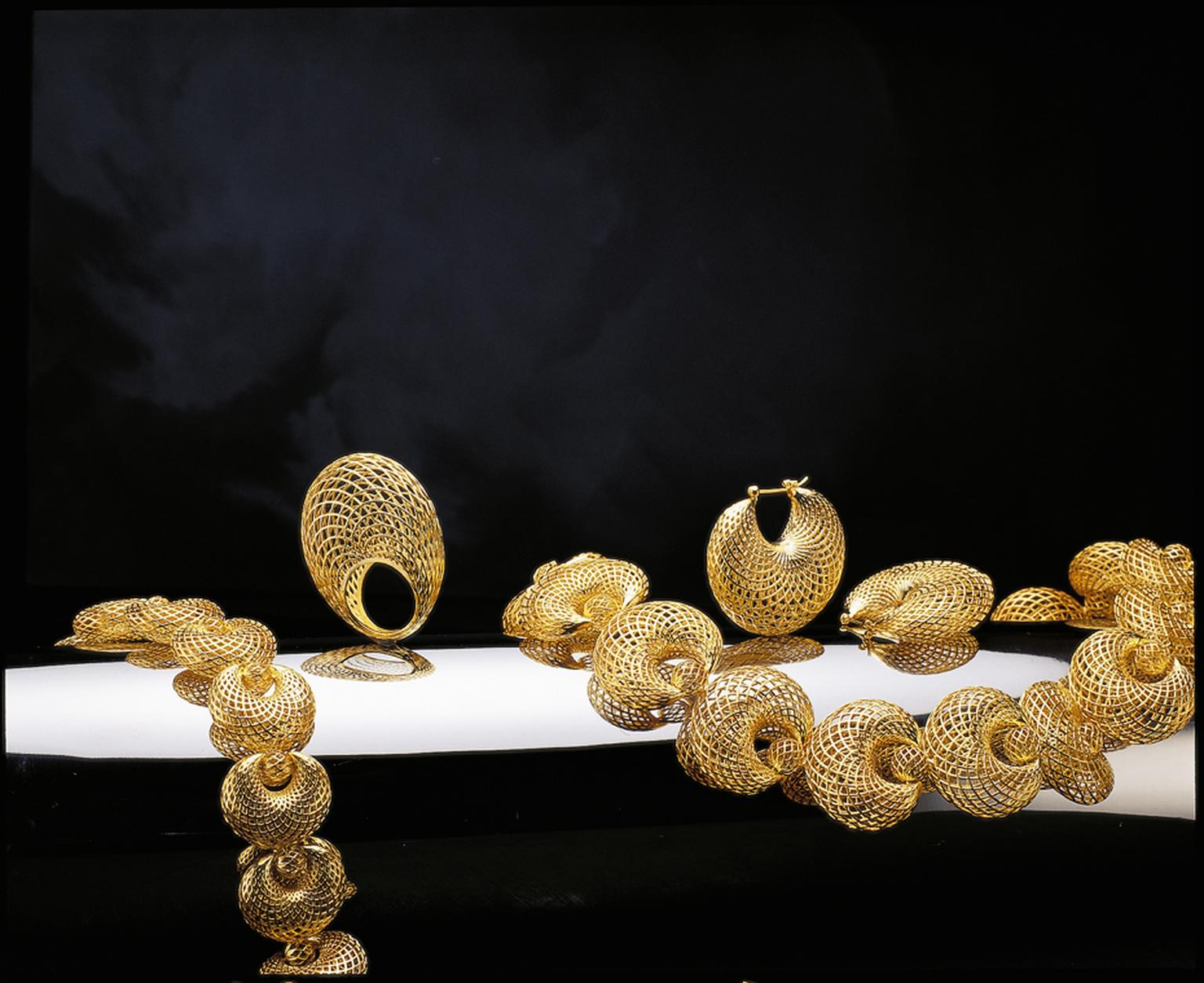 Korean jewellery designer Myungji Ye will be exhibiting her strikingly modern pieces in London for the first time at the beginning of May.

Entitled Glowing Lines, the exhibition, which is organised by UK-based No Artificial Flavour Ltd, will be held on 1-2 May 2014 at unit 73, Burlington Arcade. The two-day showcase will feature nearly 60 works by the designer, including the Blooming Series, which has won her international acclaim.

While she is new to the UK, Myungji launched her eponymous brand, Yemyungji, in 1998 and is a household name in her native Korea. She is renowned for her use of 3D knitting methods, which create lines that result in voluminous shapes and energetic forms, and lend her collections a very original feel.

Myungji's interest in jewellery was sparked by her mother, who researches traditional Korean jewellery, and her father, who was a mine operator. Her designs explore the coexistence of nature and culture as well as the union of the past and the future. Over the last few years she has been using 3D technology to breathe new life into accessories, such as hairpieces worn by queens as part of their formal attire.

"I think the biggest value of jewellery is to deliver happiness to people," says Myungji. "Everyone has his or her own problems and hardships in life. I wish to at least lighten them through my design by establishing the culture where people enjoy jewellery itself, as art."