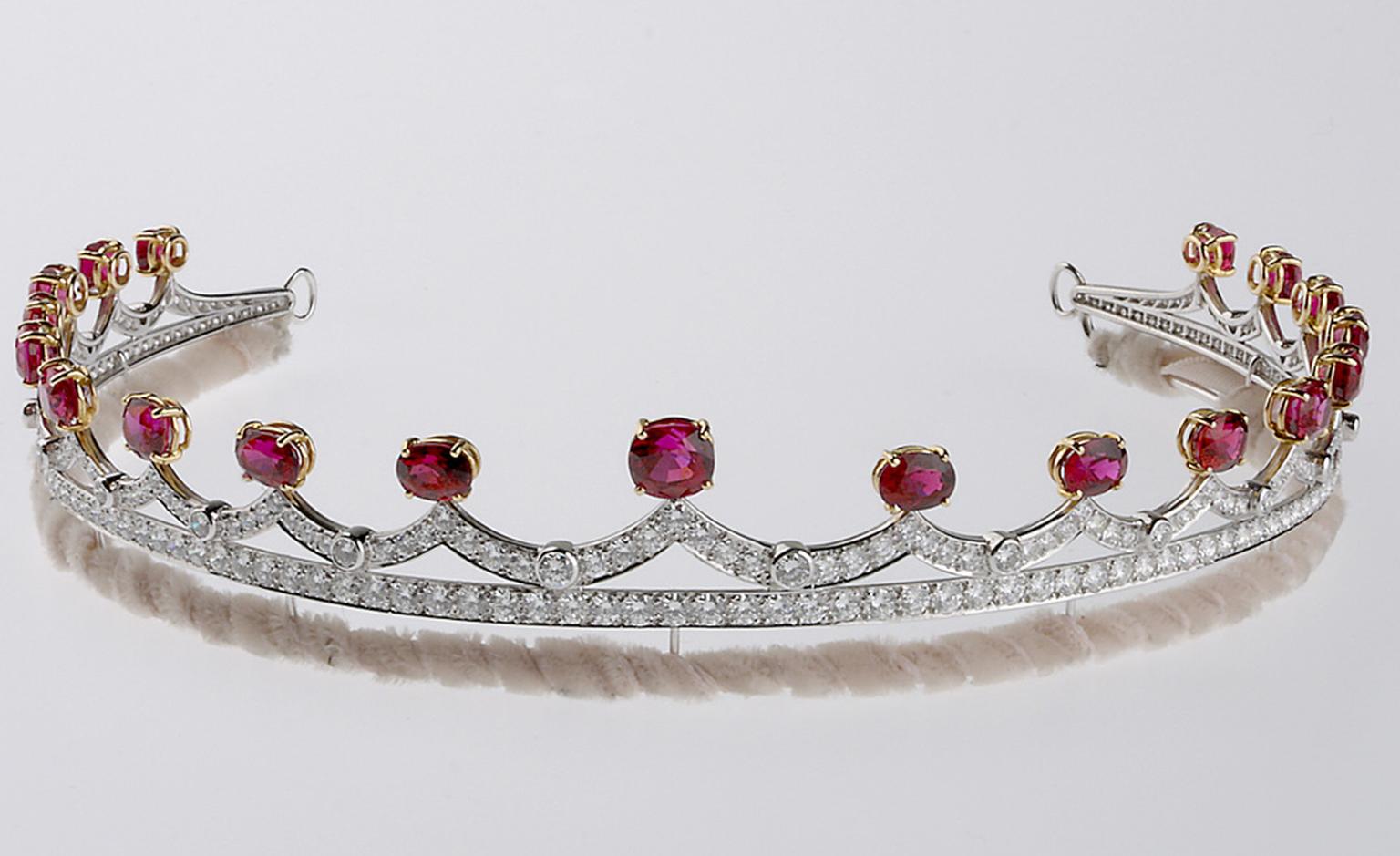 Fancy yourself as a princess? Then come along to Garrard at 24 Albermarle St, just off Bond Street and virtually try on a tiara using  Holition's cutting edge 3d technology. As a part of UK Vogue's 'Street Lights' windows event Garrard has invited augmented reality experts Holition to create the first virtual tiara. Passers by will be invited to 'try on' one of Garrard's diamond and spinel tiaras in the Garrard window. Using augmented reality, a virtual tiara will appear on the visitor's head and the slightest nod or tilt will see the light bouncing from the facets of each jewel. Carol Woolton, Vogue's Jewellery editor has asked Bond St Jewellers to collaborate with students from the Royal College of Art to create new and expressive windows. Student Robert Logan's brief from Garrard's Creative Director, Stephen Webster, was to create "an air of pomp and circumstance" to celebrate the 275th anniversary of the oldest jeweller in the world. With a royal patronage since 1735 and over 160 years as the Crown Jeweller, Garrard has a long legacy of creating and maintaining jewellery for the royal family. Logan has drawn upon this heritage to create dramatic and bold windows for Vogue, using the regal insignias of a unicorn and a lion. The new virtual tiara experience will be displayed in the centre window of Logan's creation.