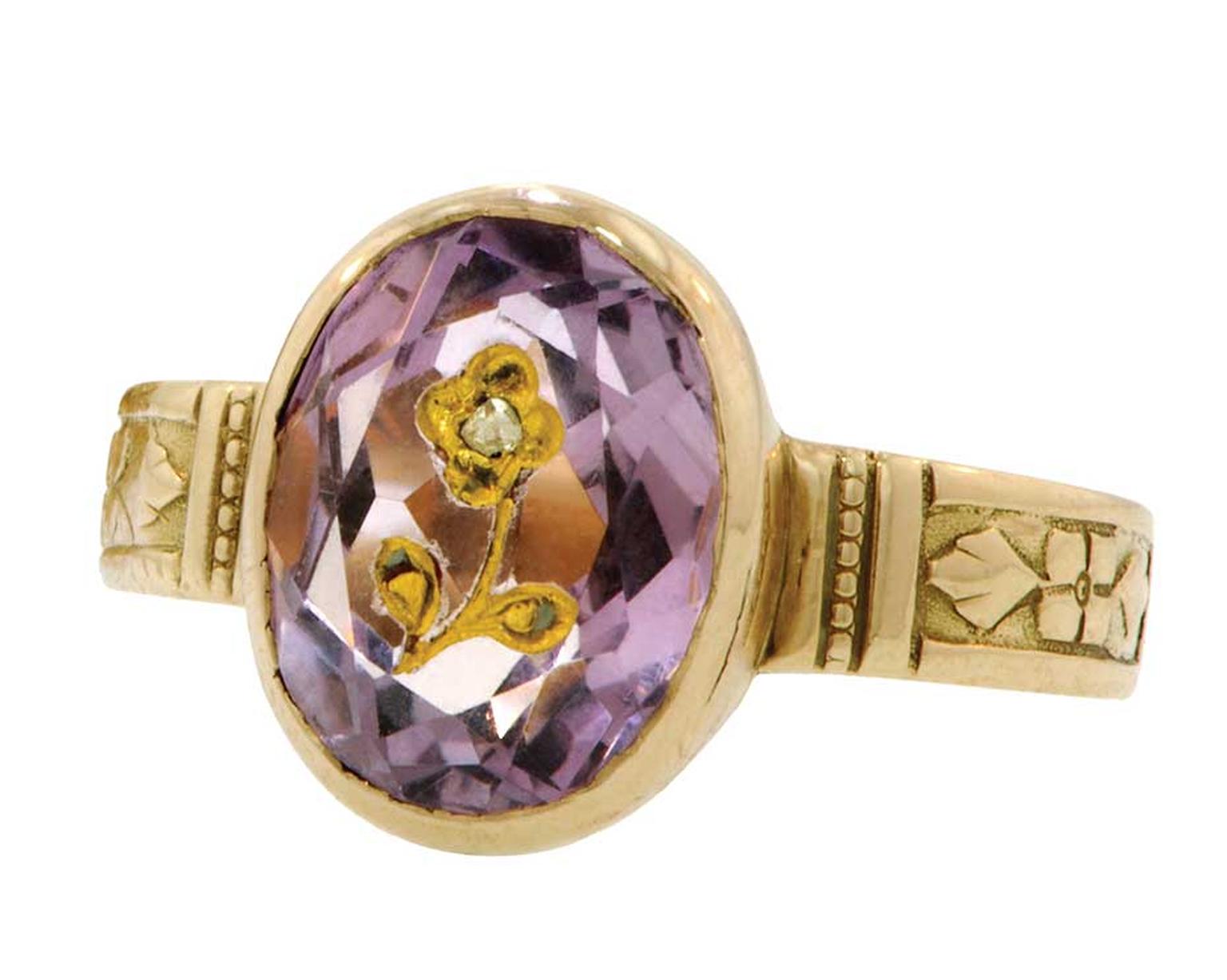 By Tanya Dukes in New York

Fashion flagships and high concept restaurants have supplanted the messy business that gave New York's Meatpacking district its name, but even among the new guard, Doyle & Doyle stands out. The vintage, antique and estate jewelry boutique has a following that includes hashtagging millennials and veteran collectors.

The second installment of its Vault Series - in-store exhibitions highlighting specific genres of jewelry - will attract even more admirers. Dubbed "Sentimental Rings: From Birth to Death and In-Between", a curated display of 34 pieces, dating from 1650 to the mid-20th century, gives an overview of rings created to represent personal meanings.

According to Elizabeth Doyle - co-owner of the boutique with her sister Irene - rings "are more closely associated with sentiment than any other kind of jewelry. Throughout history there have been signet rings that showed identity and sealed agreements, wedding bands given as a symbol of the marriage contract and mourning rings that memorialize someone after death."

Doyle & Doyle's team assembled rings from a variety of sources. A gold Victorian ring set with a baby's tooth and surrounded by gemstones is from the boutique's collection, while private collectors loaned other items to the exhibition. A few examples are recent acquisitions representing an important category. Case in point: an acrostic ring - a love token that indicates an affectionate word using the first letter of each stone - that spells "regard" with a ruby, emerald, garnet, amethyst, ruby and diamond.

Blogger Danielle Miele of the website Gem Gossip co-curated the selection. Her grandmother's retro gold and diamond engagement ring and a rare gold fede ring with clasped hands signifying trust came from her personal treasure trove. Each visitor receives a booklet describing the rings and their symbolism. The Doyle & Doyle research team even traced the identities of some of those memorialized by mourning rings in the exhibition and found current photos of the homes where they once lived.

As desirable as the pieces in the exhibition might be, they're not for sale. "We just want to show people things that are rare and special and beautiful," explains Elizabeth Doyle.  "This isn't about sales." The rest of the store, however, is fair game.

PREVIOUS ARTICLE Famous Cartier diamonds: the Cartier gems with a lasting legacy NEXT ARTICLE Diamond hearts from Chopard for the ultimate declaration of love