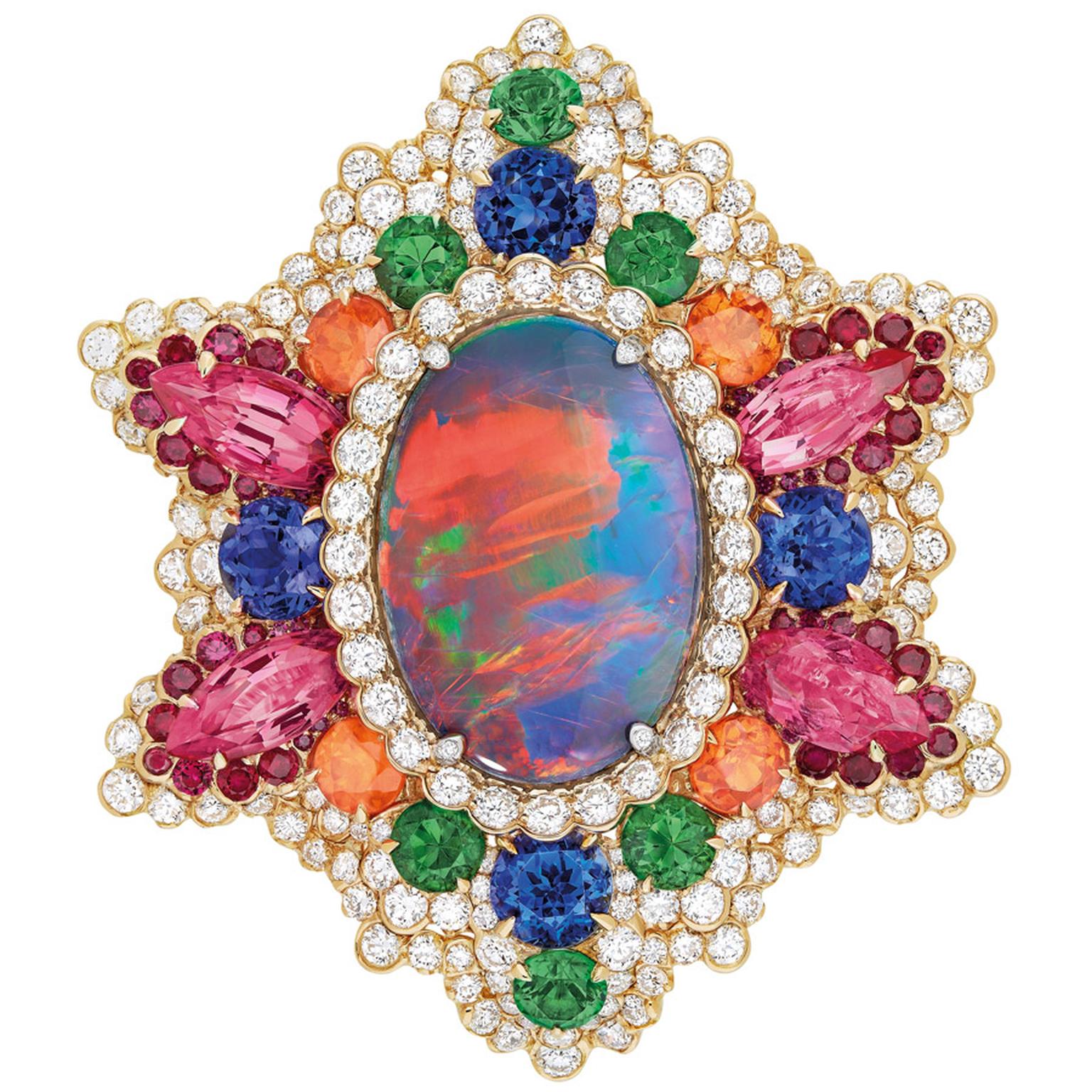 'Dear Dior' is the name of the new collection of high jewellery by Dior that was presented during Paris Haute Couture week as a preview to the full collection to be unveiled at the Biennale des Antiquaires in September. Creative Director Victoire de Castellane was present at the jewels first viewings, just after the haute couture shows.

The collection is an explosion of colour in outsized rings, earrings and brooches and as with all of Victoire de Castellane's work, it never fails to surprise with its eye-searing and unexpected combinations of stones, and in particular opals. This collection has an abstract theme which is a departure from Victoire de Castellane's normal approach to designing which usually has a strong narrative. Previous collections like the Bal des Rose had a story to tell linked to the house's heritage in which imaginary roses get dressed in haute couture gowns before heading out to the ball.

"It is a couture story," the designer told me at the presentation in Paris. "The idea is that today we have too much information from the internet, lots of signs around us and more and more people doing a lot of real jewellery with poetic and creative themes so I wanted to do a style exercise with something more abstract playing only with colour and stones and settings. I also wanted to play with the idea of couture and embroidery."

Turn a piece over and you will see that in contrast to the jostling colours on the front of the jewels, the backs are dainty renditions of lacy metal, the designs of which are all from the Dior lace archives from the 1950's and reproduced in gold. "The idea of two different stories on each side means it is never boring," explains Victoire de Castellane.

The press release says that the jewels are inspired by the costume jewellery Monsieur Dior used to design for his couture collections in the 1950's. Victoire de Castellane also tells me that the jewels are like: "an explosion of many stones. It is like when you are in an airplane at night and you see all the lights of the city sparkling, I want to have that kind effect. I want an idea of crumbled stones."

But there is more to these jewels. Victoire de Castellane tells of more threads of inspiration that weave into the rich texture of this most opulent of collections: "It can be Renaissance, it can be Russian, it can be Indian. It really is about exoticism," she says. What I see is Victoire de Castellane's love of colour unleashed with diamonds playing second fiddle. "I love colours," she confirms. "I think colour is life. It is so important and so attractive for me. I like to play with different colours and make contrasts or degradés or special mixes that can be stunning.  It's about the magic of stones. They are like super-power jewellery, like when you are a child and you want super powers. I imagine it gives you super powers." 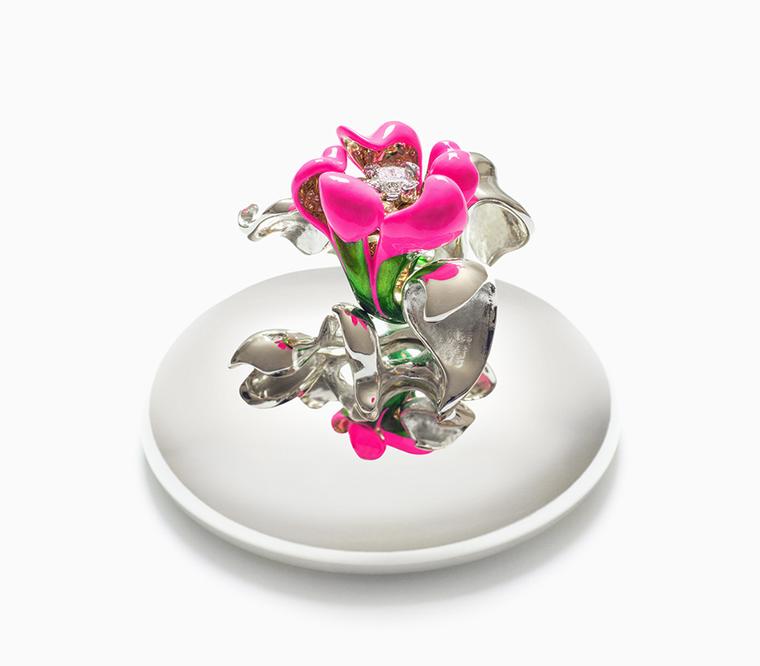 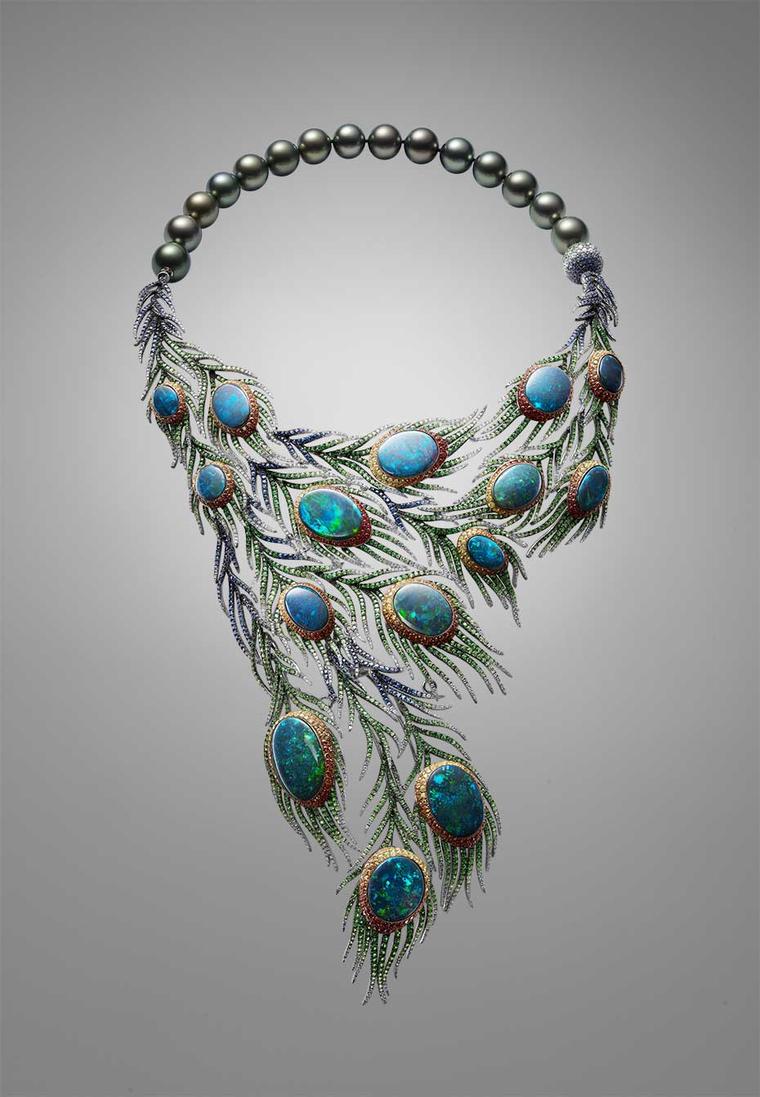 Black opal jewellery: the rainbow stone from Australia shows its dark side