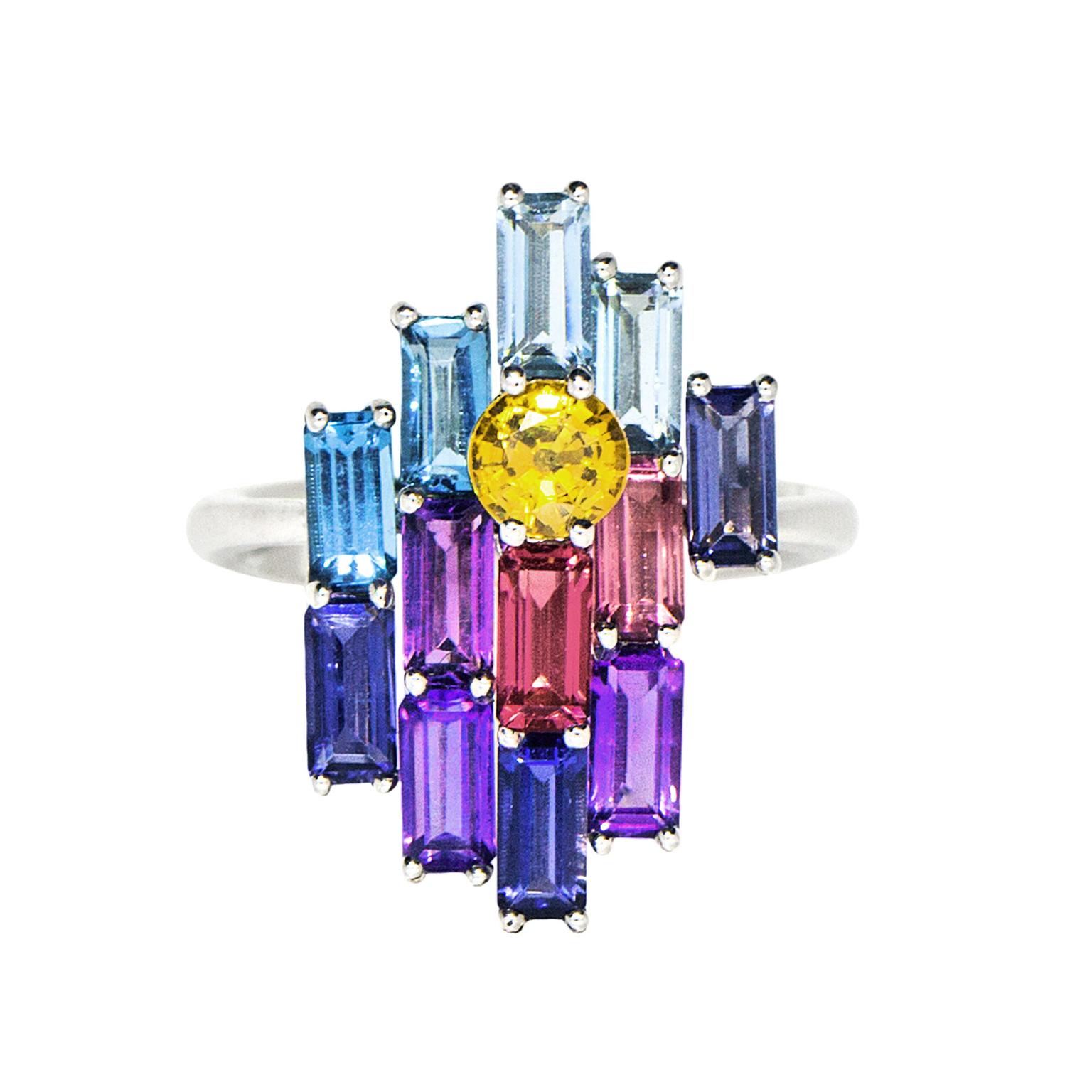 In its former heyday, Daou jewellery was worn by celebrities and royalty such as Brigitte Bardot, Grace Kelly, and our very own Queen Elizabeth II.

Established by Georges Daou in 1930, the Lebanese brand quickly earned a worldwide reputation for its innovative and colourful jewels. Georges' son A.G. Daou took over the reins in 1964, and subsequent years saw Daou open a boutique on Beirut’s most prestigious shopping street, create a decorative cross for Pope Paul VI, and be bestowed with a Royal Appointment to King Hussein of Jordan. When the Beirut boutique was claimed during the Lebanese Civil War, A.G. Daou moved to London and took up the role of managing and creative director of Chaumet on Bond Street.

Two years ago, his daughter Dalia Daou relaunched the brand for a new generation of trendsetters. Based in London, she has carried on the Daou heritage with colourful statement jewels, but at the same time skilfully brought the brand firmly into the 21st century with her own unique aesthetic inspired by art and science.

Ever since childhood, Dalia has been fascinated by the beautiful pieces of Daou jewellery that surrounded her and the tales behind them. She says: “I always loved to create art and objects of all kinds, and littered the house with projects. I did diverge into sciences but knew I would always come back to creative arts, and fine jewellery especially is just so meaningful to me and to all who collect unique, lasting treasures. While it can be hard to explain sometimes, Daou has such a special heritage to revive and it feels a lovely responsibility to do so.”

Dalia studied art and sculpture at Wimbledon College of Art and l’École Nationale Supérieure before embarking on a degree in physics from the University of Bristol, and a master’s in the history of science, medicine and technology from Imperial College London. While these disciplines may seem unlikely bedfellows, they come together in a harmonious way in the fine jewellery Dalia creates - for instance, a Daou diamond ring blurs the boundaries between classic and contemporary with a flowing sculptural shape, which lends it a stylish twist on the traditional solitaire.

The Sunset Sunrise collection features faceted coloured gemstones, which catch the light to refract a vibrant fusion of hues in Art Deco-inspired Daou earrings, rings and pendant necklaces. The Fresh range of jewels are crafted from white gold to highlight the cool brightness of dawn and dusk, while the warmer tones of the Golden pieces capture the flame like flashes of sunset and sunrise.

After working in luxury PR and then the financial sector, Dalia trained in jewellery making techniques and processes in Hatton Garden and Central Saint Martins, as well as undertaking gemstone studies at the Gemological Institute of America. It was in 2013 that she relaunched the family jewellery brand with a debut collection centred around a star motif. While Dalia is fortunate to have a rich archive to delve into for inspiration, her unique approach to jewellery design is influenced both by her artistic flair and her scientific background. The effects and colours created by light play a big part in all her designs, and the most recent Quanta collection also draws on her knowledge of subatomic particles gained from her physics degree.

Fresh from the Designer Showrooms at London Fashion Week, Dalia tells us that the focus this year is to grow Daou organically through both private clients and luxury stockists. In a further boost to the Daou jewellery line, Dalia was also named New Designer of the Year at the UK Jewellery Awards in 2016.

With a name that means light in Lebanese, Daou looks certain to have a bright future ahead. 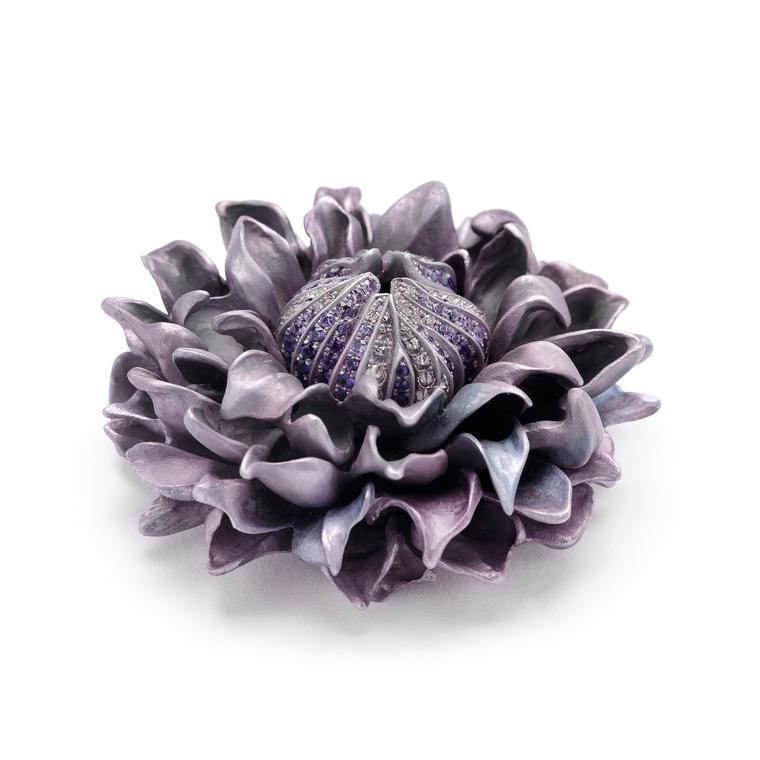 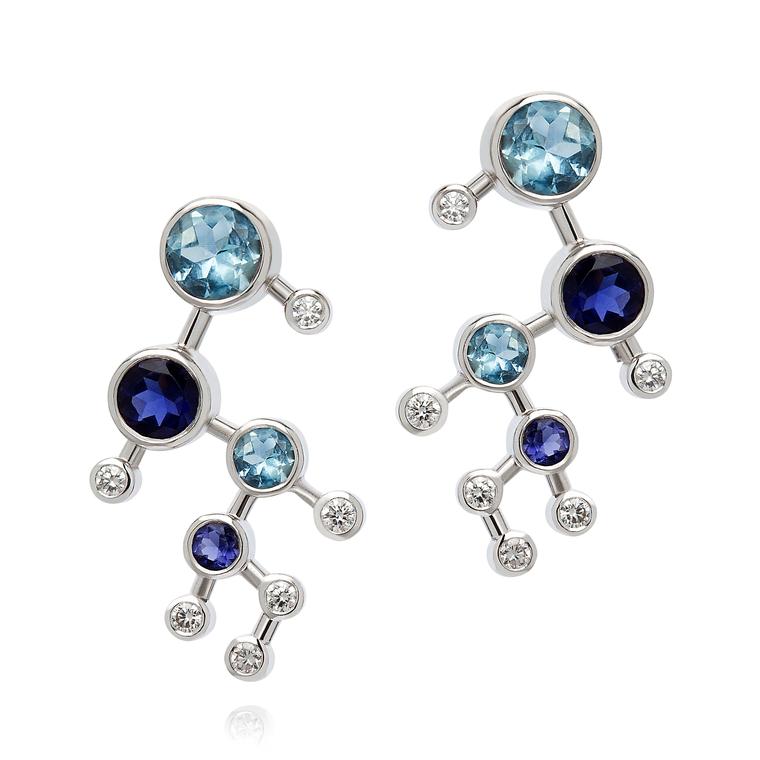