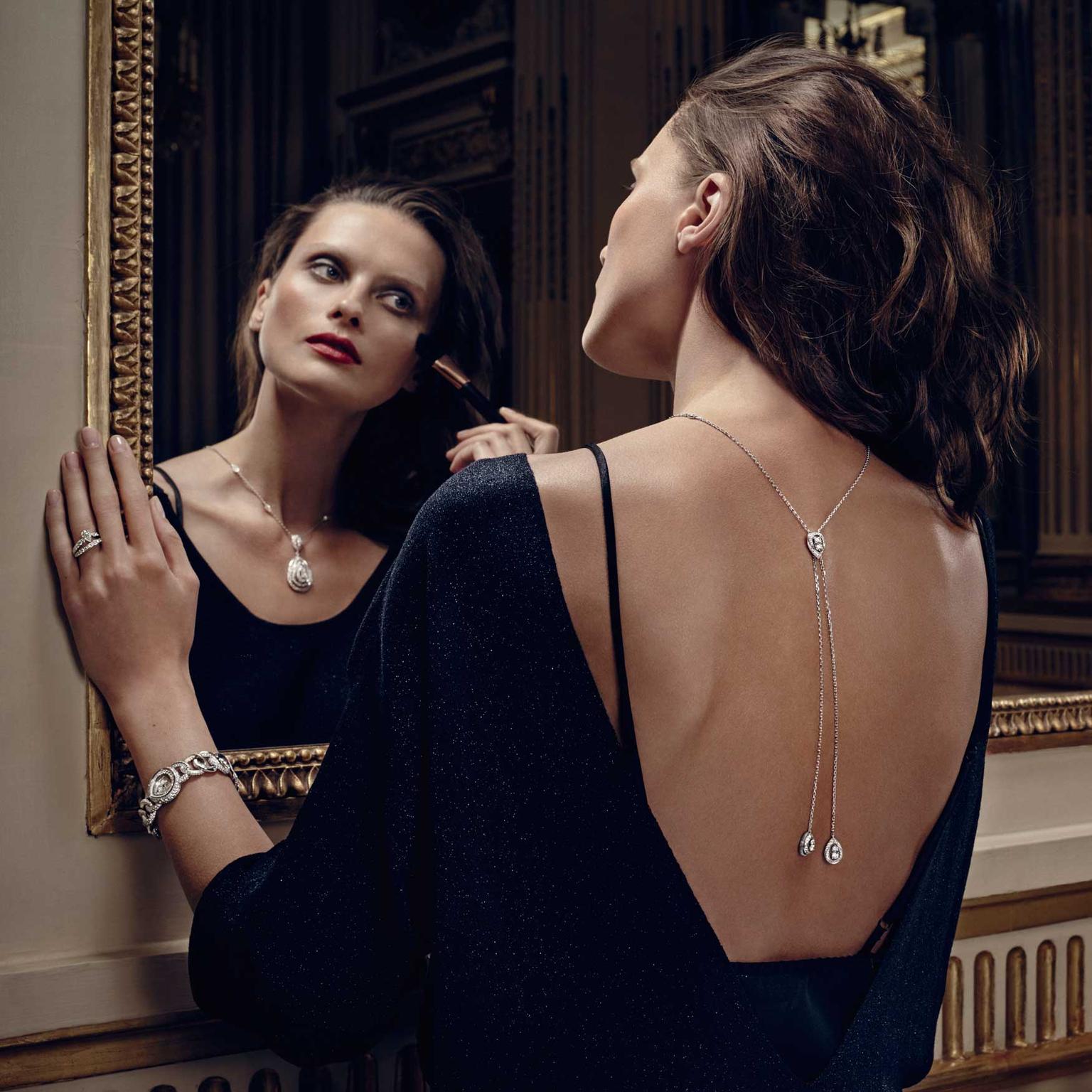 Rondes de Nuit, Chaumet’s latest jewellery and watch collection, looks to the style and elegance of its first patron, the Empress Joséphine. The monarch’s love of the pear-shape diamond is celebrated in a collection of 11 new jewels and watches, each of which features an elegant pear-shape motif.

The Empress Joséphine de Beauharnais, first wife of Napoleon I, was one of the Parisian jewellery house’s first clients as well as its muse. Born in Martinique, the beautiful and sophisticated bride chose the Maison, formerly known as Nitot, to be her official jeweller. As Napoleon’s wife, she became the first Empress of France, a title she bore throughout her life, despite her divorce from Napoleon after failing to produce an heir.

In her prominent role as Empress of the Republic, she set the tone for the style of the day, and her love of jewellery encouraged a boom in production in the French capital.  Coronations called for tiaras and magnificent jewels, in keeping with the dictates of Napoleon’s new order.

Joséphine was known for her refined taste, tempered by her love of nature. She preferred simple styles to the rigid formality of Napoleon’s court and was most happy in her garden at Chateau de Malmaison, stocked with an abundant variety of roses from around the world.

The rich and fabled history of Joséphine and her jewels is distilled to its essence in a marriage of the feminine pear-shape with clean lines. The contemporary look is brought to life in white gold and diamonds. Light and radiant, the Rondes de Nuit encompasses high jewellery as well as more everyday designs, along with three dress watches.

The pendant necklaces are my favourite from this collection. The adjustable clasp means that they can be worn high or low or, should you want to make a more original statement, draped seductively down your back. A supple choker hugs the neck drawing eyes into the mesmerising pattern of pear-shapes shimmering with diamonds.

In homage to Joséphine and Napoleon’s well-documented passionate love for each other, the collection includes romantic Toi et Moi rings as well a bracelet, below.  When in 1776 Napoleon gave Joséphine a diamond and sapphire ring, the vogue for Toi et Moi rings was born. Chaumet brings this fashion back to life with not just a two-stone ring but - more unusual - a bracelet. There are also styles of earrings both featuring the classic pear-shape interpreted in either drops or lobe-hugging clips.

The three mini jewellery watches cleverly incorporate the pear-shape into their dainty designs. I particularly like the version that harmoniously brings together the soft glow of a mother-of-pearl dial and the fire of two rows of diamonds set into the white gold case on a delicate fabric strap, below. The other two watches are even more bejewelled, with snow-set diamonds on the dial that mimic the sparkle of freshly fallen snow and yet more diamonds set into a white gold bracelet. 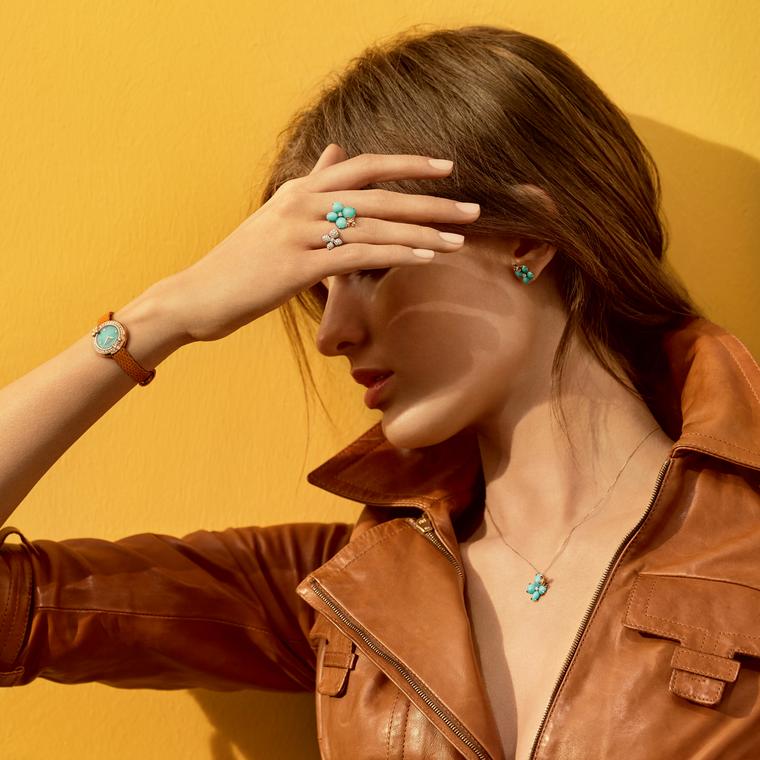 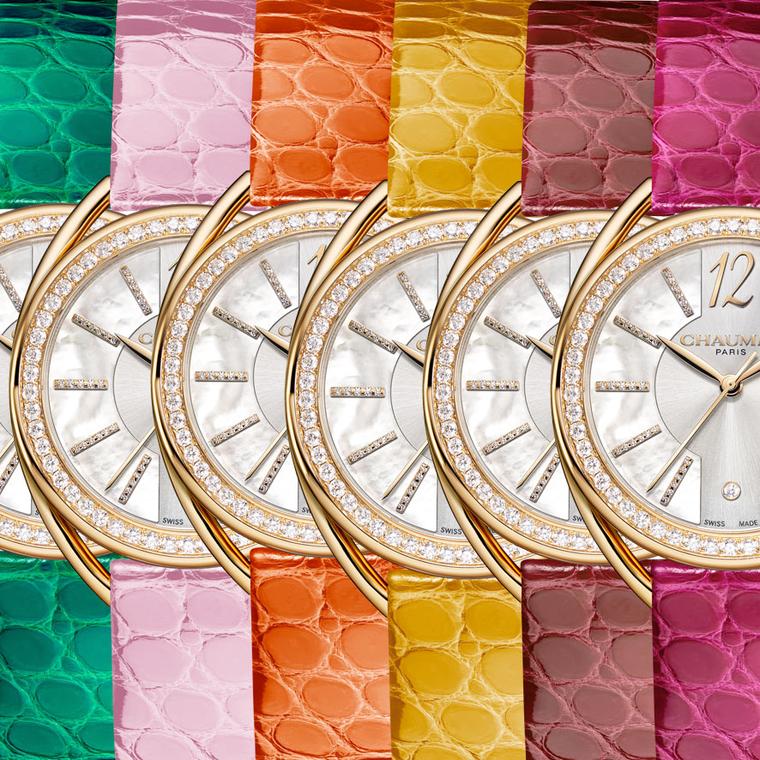 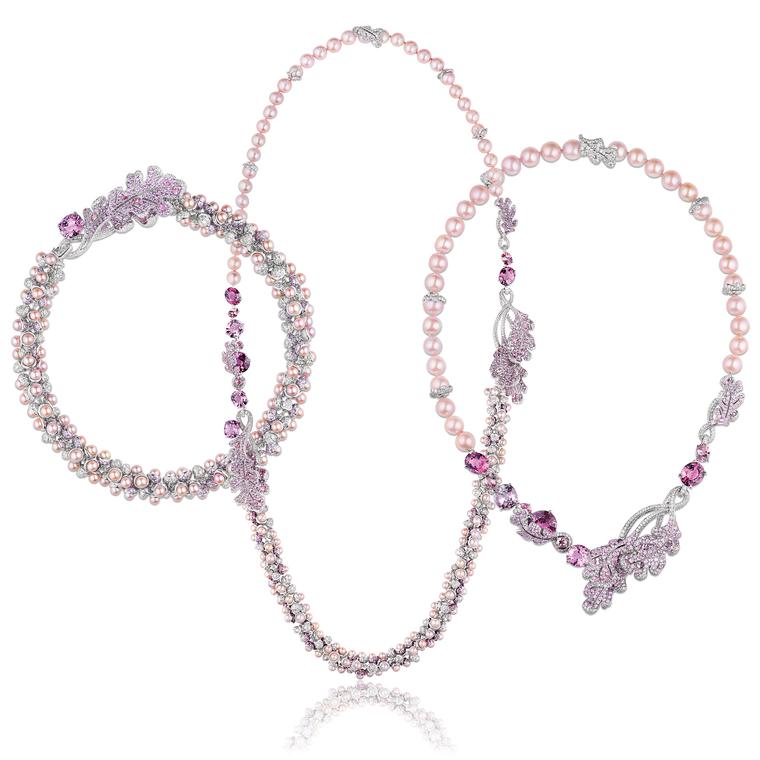