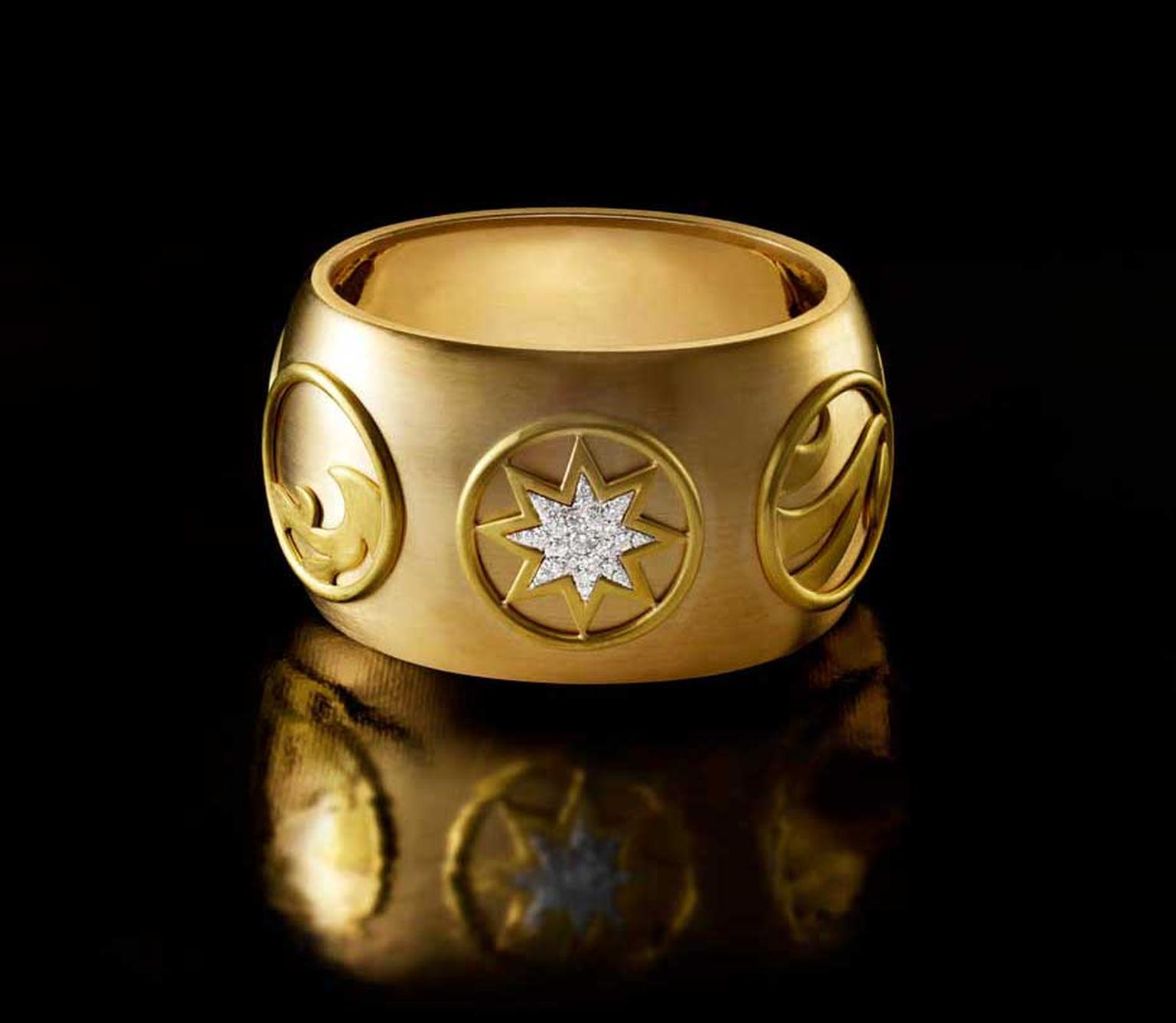 Given the amount of celestial motifs that have been appearing recently, it seems like stargazing is all the rage in the jewellery world. From the sun, the moon and the stars to planets orbiting in faraway galaxies, these heavenly bodies are now within our reach in a head-spinningly beautiful constellation of diamonds, gemstones and gold.

However, the inclination to look outside of our earthly habitat for inspiration is nothing new. Cosmic motifs have enthralled jewellers throughout history, from Roman times to the Victorian era, when stars and moons frequently adorned brooches and pendants.

In 1932, Gabrielle Chanel presented the Maison's first high jewellery collection entitled Bijoux de Diamants, inspired by her love of stars, comets and suns. Some 20 years later, Jean Schlumberger designed the iconic Stars and Moons necklace for Tiffany & Co. with a central diamond of 5.29ct and 586 diamonds, said to mimic a clear midnight sky. The Tiffany necklace was recreated from the original sketch in celebration of the American jeweller's 175th anniversary and is now the second-most expensive necklace sold by the New York jeweller, at $2,800,000.

A host of new designs are bringing the celestial jewellery trend firmly into the 21st century and demonstrating the enduring power of these motifs. The name of Noor Fares' debut Fly Me to the Moon jewellery collection speaks of the London-based designer's fascination with all things celestial, while the jewels in her brand new Tilsam collection have an astrological element and are designed to be worn as lucky talismans.

Stars, suns and celestial bodies are a recurring motif in the jewels by Californian Liv Ballard, who counts Jennifer Aniston and Elton John among her clients. The diamond-encrusted gold spheres rotate freely in her Spinning Orb earrings, while the Cosmos gold cuff is adorned with ancient hieroglyphs. A star-studded spinning planet, set with 245 diamonds, also sits on top of the limited-edition rings in Hirsh London's new Celestial collection, each of which is numbered and features a spinning gold sphere.

Diamond eyes set on a face traced in yellow gold gaze sagely from Anthony Lent's Starface earrings while another, more benevolent-looking face, beams atop the Moonface earrings. They say that if you reach for the moon you're bound to catch some stars, but it would appear that the sky's the limit when it comes to jewellery creations featuring celestial elements.

PREVIOUS ARTICLE Heart engagement rings: not such a Bad Romance after all NEXT ARTICLE Chanel watches: the cool new J12 with a NATO strap 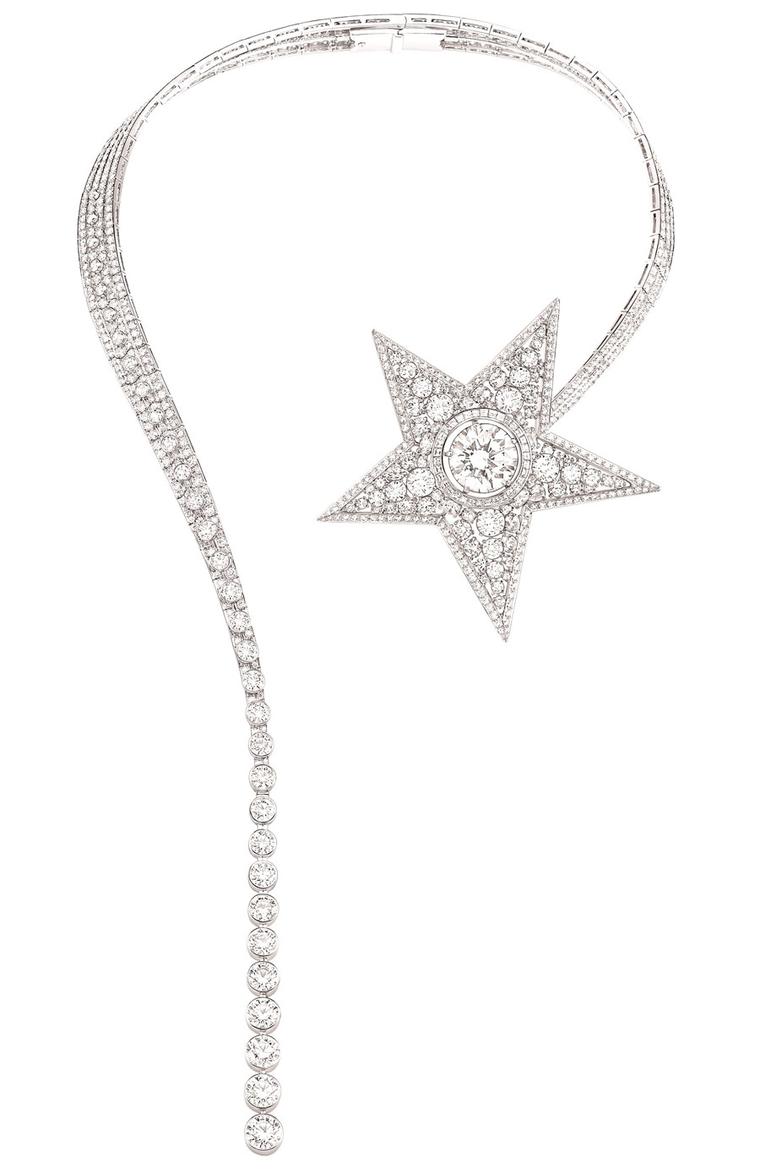 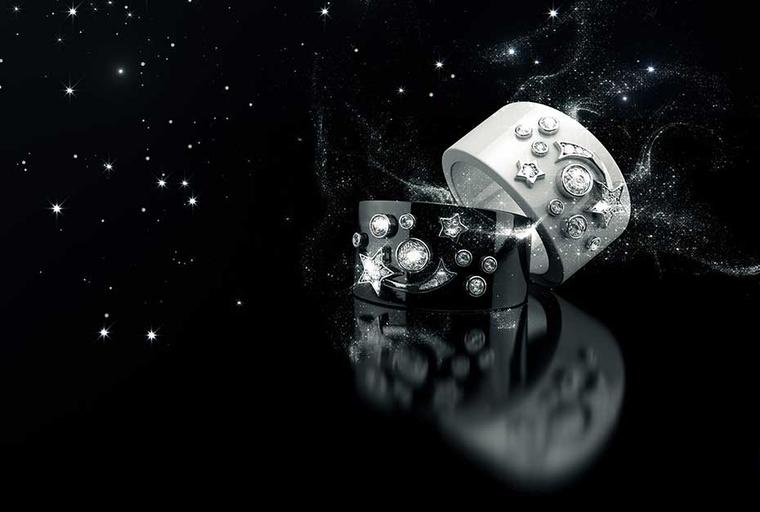 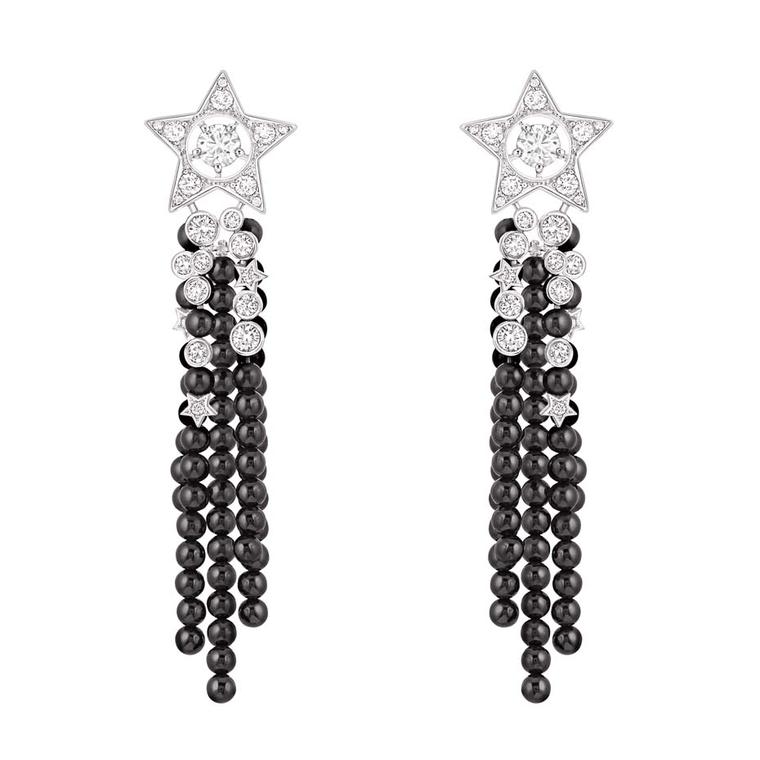