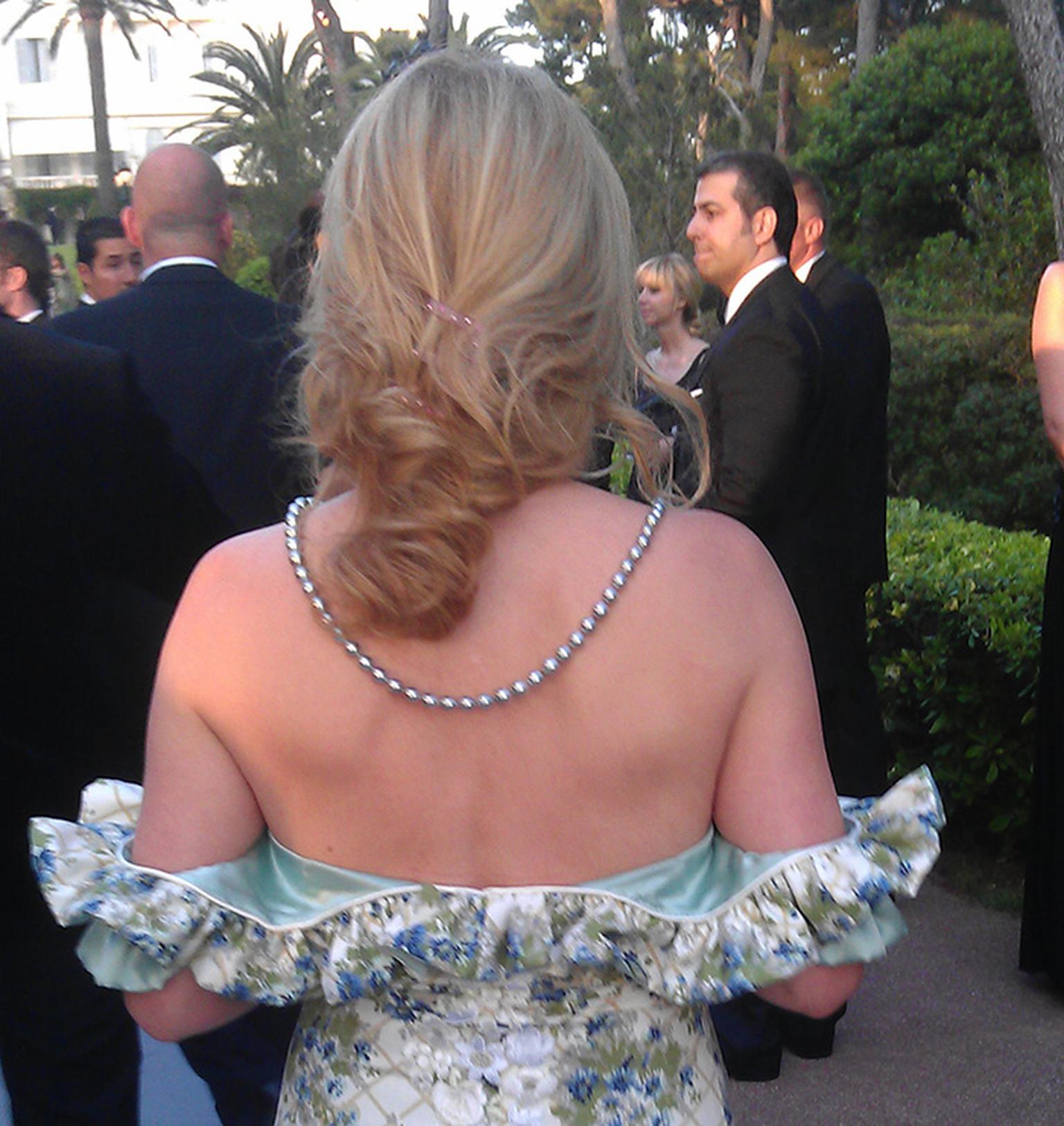 Two days in Cannes feels like a lifetime with the level of activity, excitement and sometimes plain madness verging on a frenzy. And for the two days I was there, this all took place under the blue Cannes sky as the yachts happily bob away in the bay.

I was invited by the Geneva jewellery and watch house Chopard to spend two days in their glamorous company. Chopard has been a major player at the Cannes Film Festival for the last 15 years when co-President Caroline Scheufele decided to open a new boutique to coincide with the Festival.

Since then she has re-designed the covetted Palm d'Or and Chopards presence at the Festival has grown to become a mainstay of the two week long event. Perched atop the Hotel Martinez on the famous La Croisette the Chopard Lounge is a series of suites around which wraps a terrace with some of the best views in Cannes.

In this cool haven, far above the madding crowds, the Chopard Red Carpet collection of jewels is on show. Both clients and celebrities come to have a look and try on the precious gems, that look so much better sparkling away in the sunlight with a glass of ice cold champagne to hand. I can't say who, but the wives of actors both you and I know as well as the better halves of several footballers were seen cooing over diamond parures and swathing themselves in pearl necklaces. It seems that almost everyone, no matter how rich or famous you may be, loves to try on jewellery and have a good look in the mirror.

When I was there super models Milla Jovovich, Eva Herzigova and Anja Rubick as well as Spanish actress Goya Toledo popped by to borrow a jewels to wear on the red carpet and have their picture taken, all looking sultry and opulent with the bay of Cannes as a glorious backdrop.

The activity starts to heat up after 6 pm when everyone is on countdown for the red carpet moment, or montée des marches, as it is known to the Canois. Oh no! Eva wants another pair of earrings. Not a problem, the Chopard team of ultra efficient and ever smiling staff is on hand to smooth your way to the red carpet. Limousines turn in a constant carrousel downstairs at the entrance to the hotel and long trailing gowns are seen disappearing into the leather interiors for the half mile drive down La Croisette to the Palais.

But the oasis of calm of the limousine ride is shattered as the car door car opens to the din of adoring fans, the pounding music of the red carpet and the heckling banks of photographers, sometime five deep, but all in bow ties.

After the very long walk up the red carpet and then the stairs, the movie theater awaits and for some two hours, stars and gapers alike sit row by row in silence and darkness. A strange communion between the famous and the not at all famous. I can say I have sat in the dark in the same room as Ewan McGregor, Kirsten Dunst, Kirsten Stewart, Viggo Mortensen and Sam Riley.

And then the fun begins as hundreds of parties light up the night like fireflies dotted along the Croisette and in villas in the surrounding hills. I was lucky enough to attend the AmfAR gala dinner and auction to raise money for AIDS research. In the Hotel du Cap one thousand  of the world's most generous donors gathered to hear Jessie J and Aloe Blacc sing 'Price Tag' and 'I need a Dollar'  and raise 10 million euros for the charity thanks to auctioneers Simon de Pury and Humphrey Butler. Kylie Minogue, Janet Jackson, Antonio Banderas, Heidi Klum, Paris Hilton, Eva Herzigova and Karl Lagerfeld were some of the celebrities who leant their name to this good cause masterminded by Harvey Weinstein.

I am sure you have seen all the high profile red carpet and photocall moments but here are some of the things I saw and captured on my phone.