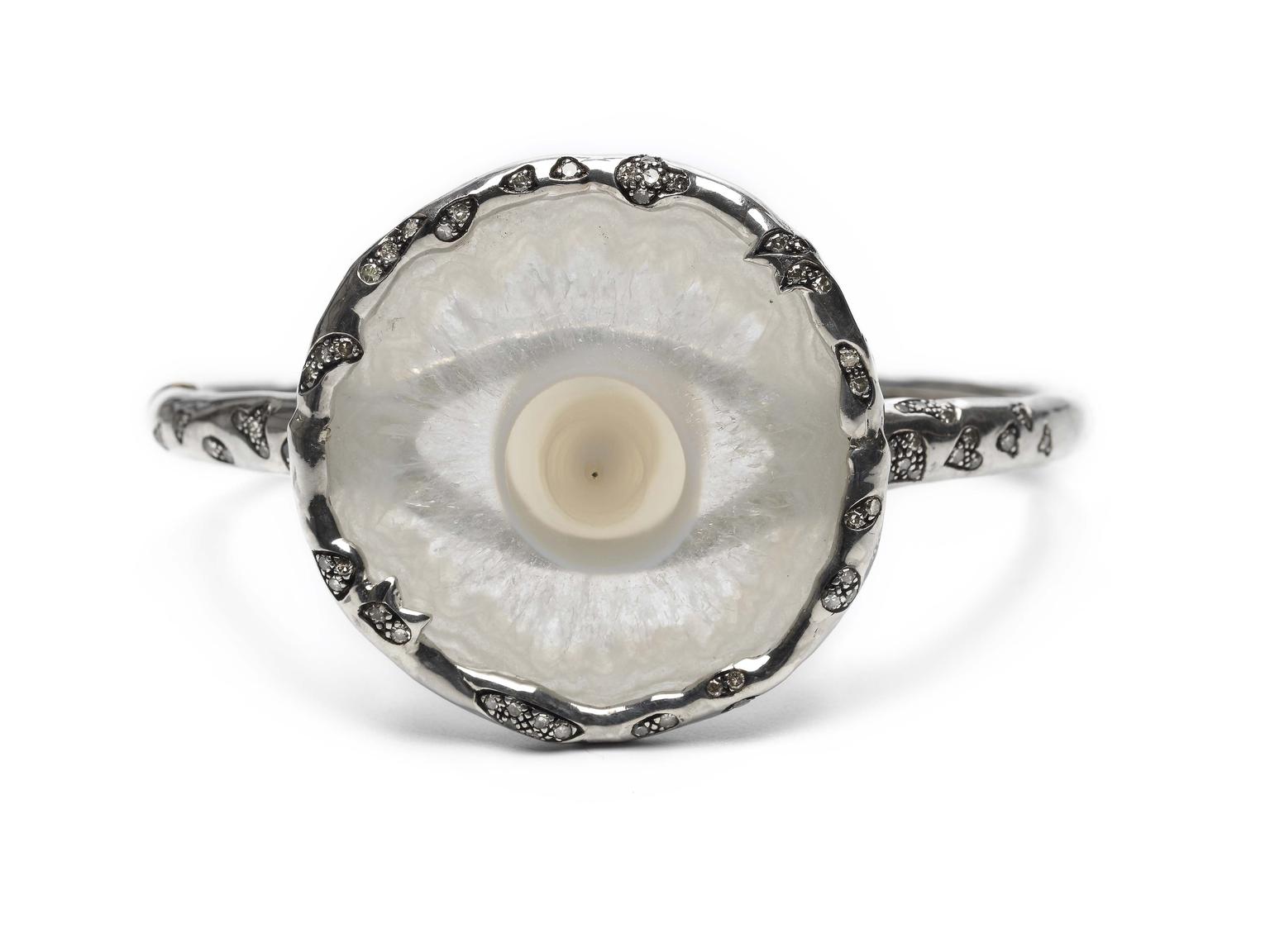 Bibi van der Velden has the kind of melodic Dutch name that it feels good to say, and she has a similarly upbeat attitude in person. Over afternoon tea in West London, it's not long before we are giggling over one of her rings, which I think looks like a jelly, is often mistaken for a brain but "is actually part of the Cloud collection," she clarifies, laughing.

Bibi exudes the confidence of an artist who has been allowed to follow her dreams. Born in New York and raised in London and The Netherlands, she grew up surrounded by creativity. Her mother is the sculptor Michèle Deiters and, following in her footsteps, Bibi studied sculpture in Florence, Amsterdam and the Royal Academy of Arts in The Hague.

While she was studying, she amassed a collection of ancient objects, acquired at flea markets and antique shops, and enrolled in an evening class in goldsmithing. Before long, this precious flotsam and jetsam made its way onto her creations, a theme that continues in Bibi's jewels, many of which contain hidden surprises in the form of tiny pearls, stars and diamonds.

Bibi designs her jewellery in exactly the same way as she sculpts her artworks, just on a miniature scale. Occasionally, the two mediums cross over, with a sculpture, like the highly reflective silver breast called 'The Tit' she designed with her mother, lending itself to a similarly cheeky yet thought-provoking ring.

Fans of her bohemian jewels include Sienna Miller, Zaha Hadid and Kanye West, who she collaborated with on a collection for his 2011 prêt-a-porter show in Paris.

Further blurring the line between sculpture and jewellery, she has put on catwalk shows highlighting her more avant-garde creations: an oversized necklace strung with decapitated gold heads, huge conical earrings reminiscent of Madonna's iconic bra and a stuffed peacock, draped regally over the body like the most exotic jewel imaginable.

All of Bibi's creations are designed to elicit an emotional connection, but always with a sprinkling of good humour. Her gecko ring, carved from 40,000-year-old woolly mammoth tooth, features a startled-looking lizard peeping over the finger. Trapped in the middle of her cobweb earrings, part of a collection she designed in collaboration with the Swiss jeweller Vieri, is a gold fly, waiting to be eaten by an emerald-eyed spider. A necklace made from the iridescent wing of a scarab beetle is so dazzlingly bright it's impossible not to be impressed with Bibi's novel recycling of nature.

She is serious about one aspect of her jewellery making, however. In 2011, Bibi became an ambassador for Solidaridad, which saw her travel to Colombia to find out first hand about sustainable gold mining. She is working towards using ethical gold in all of her jewels. Already, her Forbidden Fruit collection, Steltman by Bibi van der Velden collection and Midsummer Nights' Dream collection, designed in collaboration with Vieri, are made with gold certified by Solidaridad as sustainably mined.

At the end of this month, Bibi will be travelling to Las Vegas for The Couture Show, where she will launch more fantastical creations, including a ring inside a ring, decorated with tiny elephants, giraffes, lions and rhinos. "It has no official name yet," she says, "but it's designed so that it can be worn in different ways." Release the catch at the back of the cocktail ring and out pops a slender second ring featuring two hands clutching a brown diamond.

In August last year, Bibi started selling her jewels at Bergdorf Goodman in New York and, from 9 June 2014, a selection of Bibi's creations will be available at netaporter.com. I have my eye on the lapis lazuli Cloud ring, scattered with tiny gold stars, and the Snake Tongue ring, which flicks round the finger in a fork of rubies.

Wearable works of art is how she, like many other designers, describes her jewels, and in Bibi's case she isn't bending the truth in the slightest.

PREVIOUS ARTICLE Masterpiece 2014: Jaeger-LeCoultre to exhibit its prodigious collection of Hybris Artistica watches in London NEXT ARTICLE The jeweller Damian by Mischelle in Saigon caters to the enterprising Tiger Wives of South-East Asia 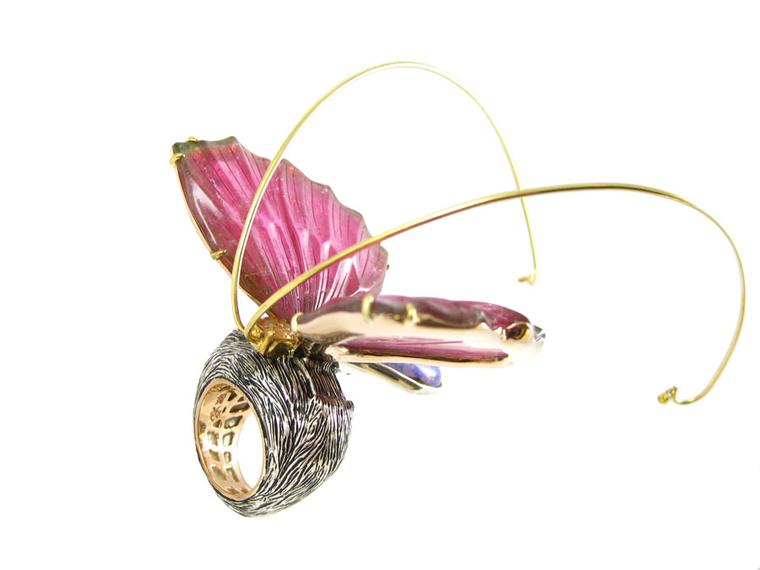 The results of the Couture Design Awards 2013 in Las Vegas