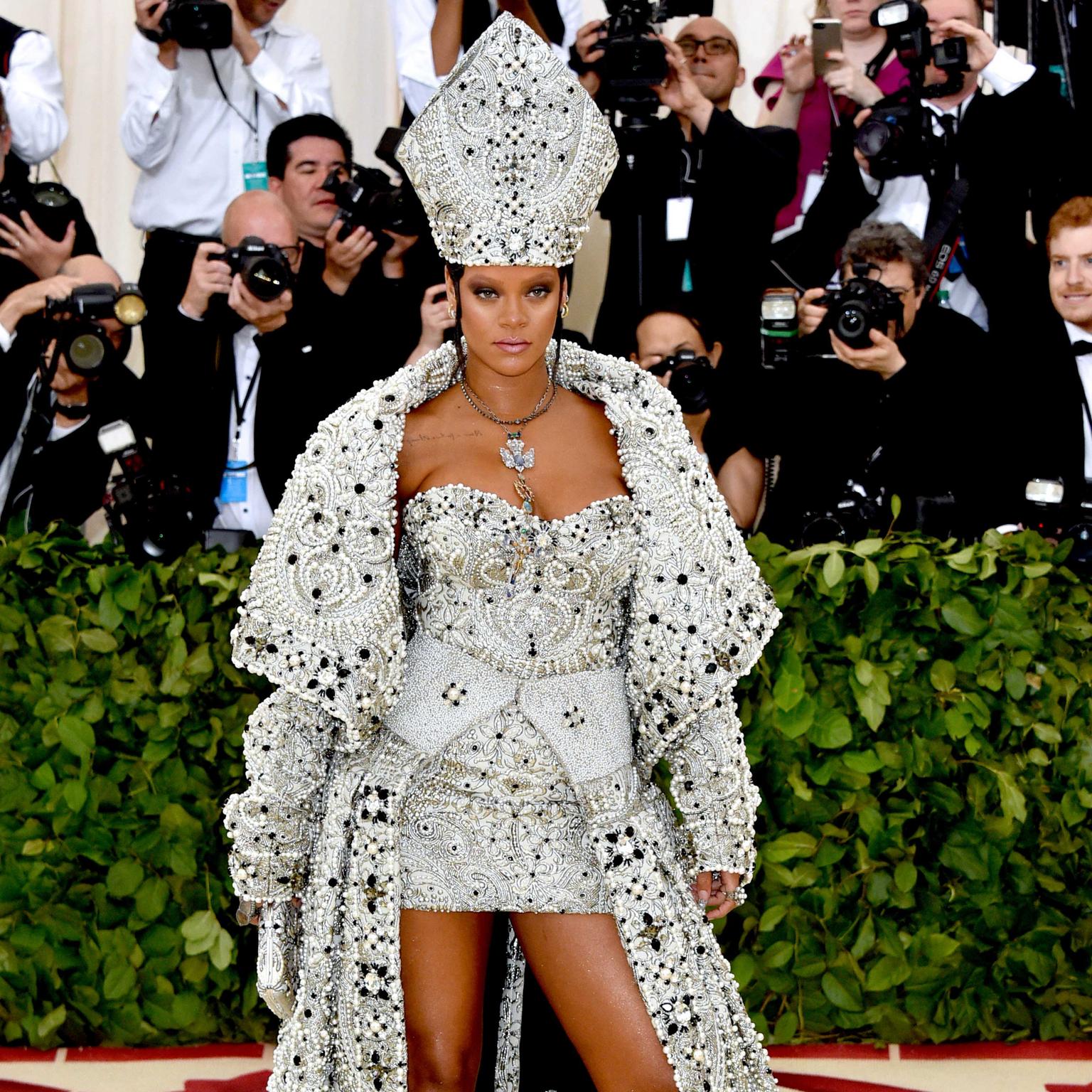 The theme for the 2018 edition of the New York Met Gala was ‘Heavenly Bodies: Fashion and the Catholic Imagination’ that left ample room for either poking fun at said Establishment or an excuse for extravagant dresses billowing like clouds (below), kinky nun get-ups and plenty of over the top headpieces. Most commented has been the papal mitre perched on Rihanna's head that has ruffled a few feathers over in the Vatican (top).

While the red carpet was a bizarre combination of celebrities queuing up like excited children waiting to be let into a fancy dress party, with Katy Perry rubbing angel wings with Greta Gerwig’s nun-like cover-all tunic, the jewellery was more consistent. The theme ‘Heavenly Bodies’ lent itself to diamonds and shining gold, as neatly demonstrated by Joan Smalls and her classy all-gold Bulgari Parentesi jewels (below) along with a trident of a head piece that would make Neptune feel safe while out and about with on a dark night.

‘Catholic Imagination’ made it open season for cardinal-style rings, outsize crucifixes and opulent colour gemstones. The inspiration was not lost on Rihanna who chose a Cartier crucifix to complement her rhinestone encrusted mini-skirt Pope costume. The Cartier crucifix worn by Rihanna belongs to Cartier’s collection of vintage jewels and was first created in 1934 by Cartier London and re-introduced after the war in 1949 (below). The original 1934 design included gold, silver, diamonds, sapphires, rubies pearls, opal and topaz.

A pair of starkly simple onyx earrings by Cartier from 1929 added a clever twist to Lily Collin’s macabre nun look, complete with a red tear drop and spiky head piece (below). More demure was Greta Gerwig’s choice of headwear. She wore in her hair a yellow gold and diamond necklace by Schlumberger from Tiffany.

Lily Aldridge gets my vote for the best jewellery look with not one, but three glorious Bulgari emerald high jewellery necklaces (below). The heavenly opulence of the trio of necklaces paired with a simple belted buttercup-yellow dress created an effortless ethereal glow, casting its golden light over the crowded Met Gala 2018 red carpet. 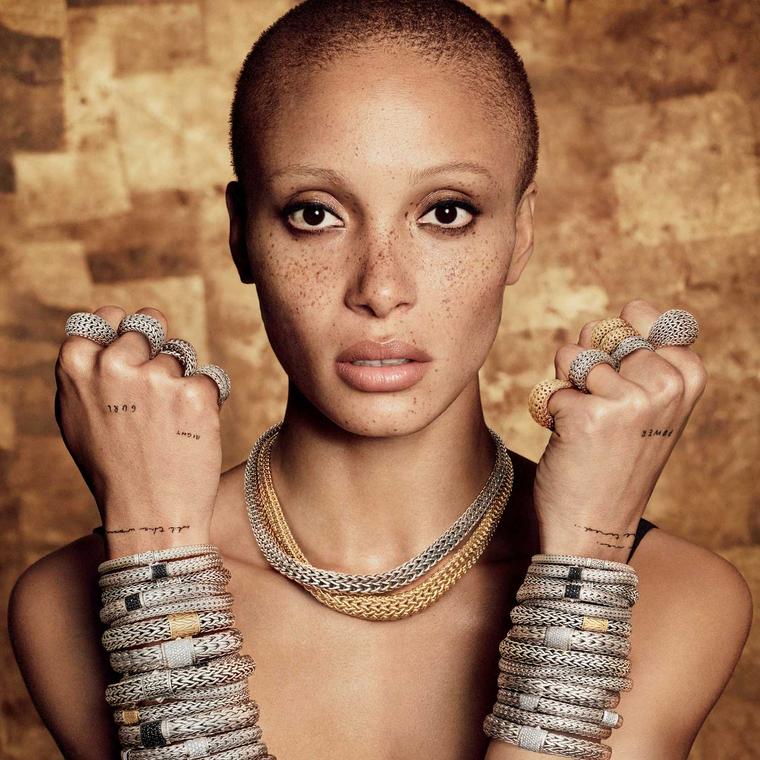 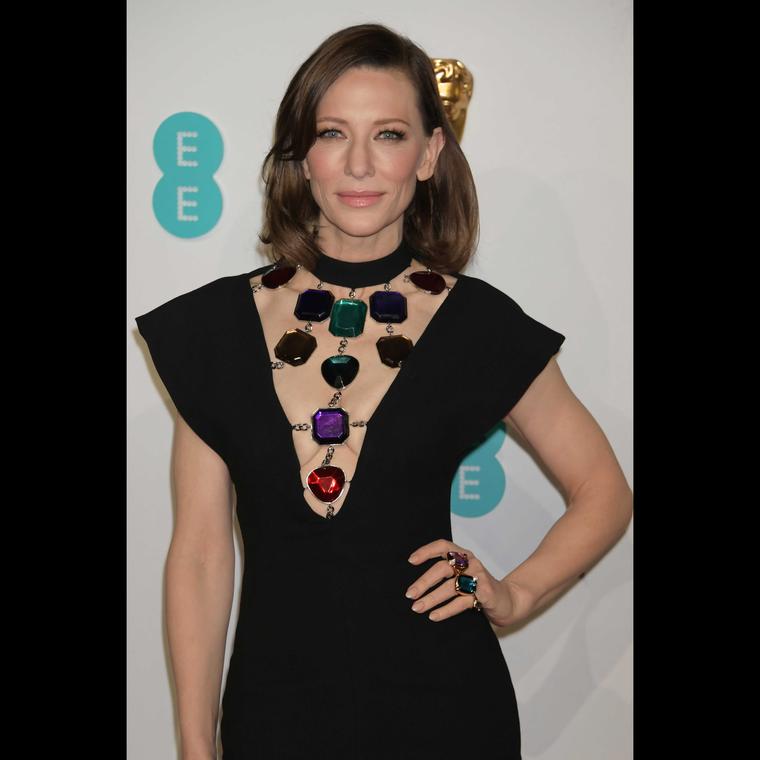 Our favourite jewellery highlights from BAFTA 2019