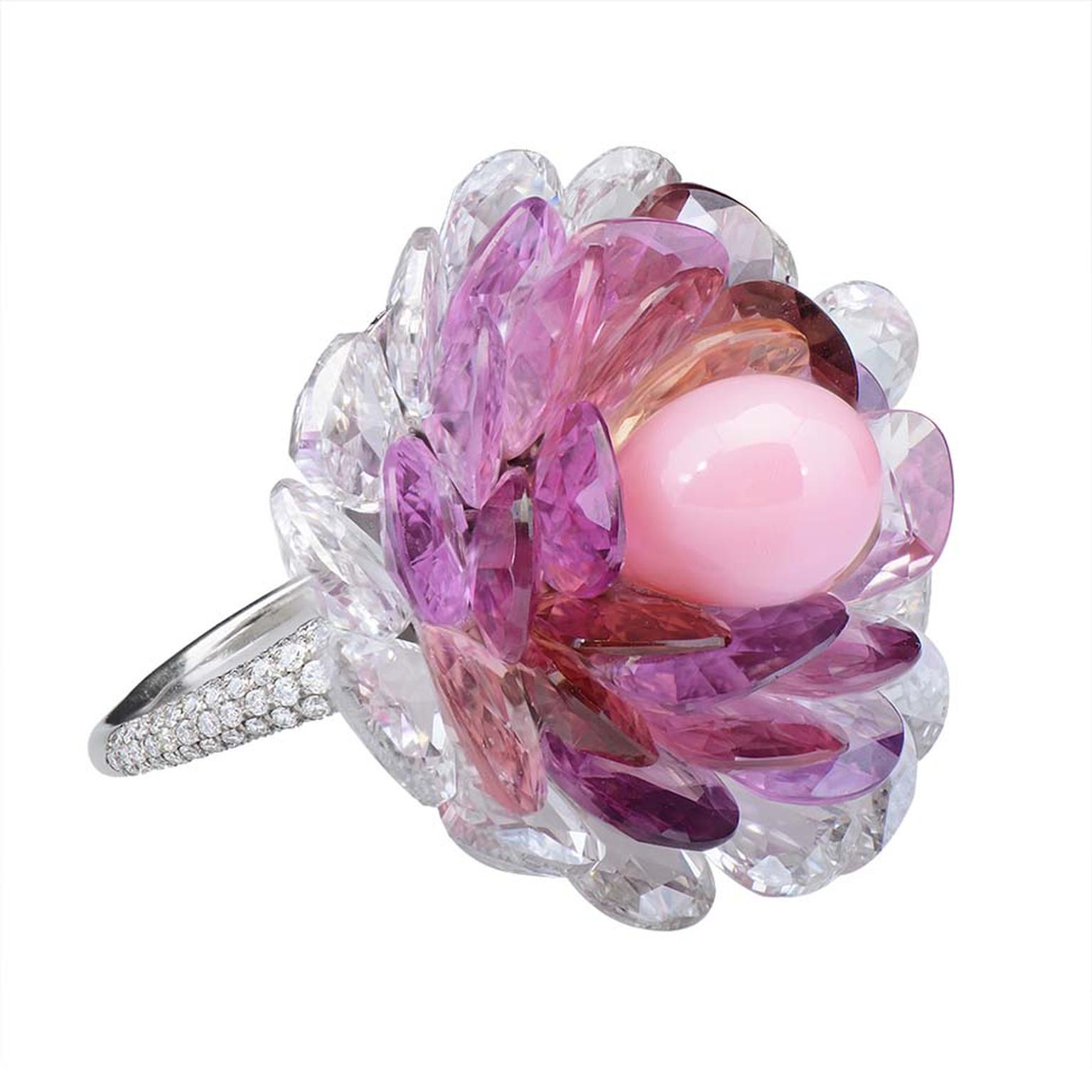 Both unique rings have been produced by the London-based boutique and boast imaginative designs built around intensely coloured gemstones that were selected by Morelle Davidson for their quality and rarity.

Described as "a floral wonder", the first ring features a pink conch pearl as its centre stone, surrounded by pink sapphire and rose-cut diamond petals. The ingenious setting allows the petals to move with the motion of the wearer, just as a real flower would. Set on a platinum band decorated with diamond pavé, this elegant one-off piece is a work of poetry in motion.

The second one-of-a-kind piece takes its inspiration from the clean, geometric lines associated with the Art Deco era. The bold colour combination, featuring a fancy intense yellow diamond, green triangular-cut tsavorite garnets and shimmering opals, gives the ring a thoroughly modern feel. David Abramov, Morelle Davidson's Sales Executive and Website Manager, says of the piece: "As a jeweller that primarily works with antique and period jewellery, we were able to create a modern interpretation of the Art Deco period and make it relevant to current tastes."

Morelle Davidson was founded 30 years ago by three brothers descended from a family of jewellers that started life as a stall in the Portobello Road Antiques Market. As the business grew, the brothers moved to Bond Street Antiques Centre and then opened a standalone shop in Conduit Street before relocating to its current premises on Maddox Street in Mayfair in 2013.

Initially focussed only on trade, the company still works closely with other members of the antiques community, although its handpicked pieces are now available to the public at the new boutique. Drawing on years of experience in design and manufacturing, Morelle Davidson also creates bespoke jewels for clients worldwide.

Especially for The Jewellery Editor, Abramov has picked out three important pieces from the Art Deco period that are currently on sale at Morelle Davidson: two Cartier bracelets and a Boucheron pendant watch. Of his selection, he says: "I have chosen these three items because of the popularity and timeless elegance of the Art Deco period, which makes the jewellery still so wearable and sought-after after 80 years." He also cites the significance and great influence of the two maisons, as well as the rarity of these specific items, as important factors in his decision.

The first vintage Cartier bracelet, set with diamonds and 18 emeralds was created in New York in 1927. The other antique Cartier bracelet is an extremely rare example of a carved jadeite piece. Dating back to 1938, it features five circular jadeite discs interspersed with baguette, navette and round-cut diamonds in a geometric pattern. Both bracelets are in great condition and come with certificates of authenticity issued by Cartier - a practice that the jeweller has since discontinued.

Finally, a piece that could easily sit in a glass case in one of the world's finest museums is the magnificent vintage Boucheron watch. Made from platinum and gold enamelled in black and white, the bombe-shaped pendant watch is set with diamonds and emeralds. The rock crystal that covers the watch face can be moved to read the time. Dating back to the 1920s, the dial on the pendant watch is signed Boucheron Brevete, with hallmarks on the clasp.

Morelle Davidson has kept a low profile since the gallery opening last year, but with pieces like these, it won't be long before it's on the radar of jewellery connoisseurs across the world. 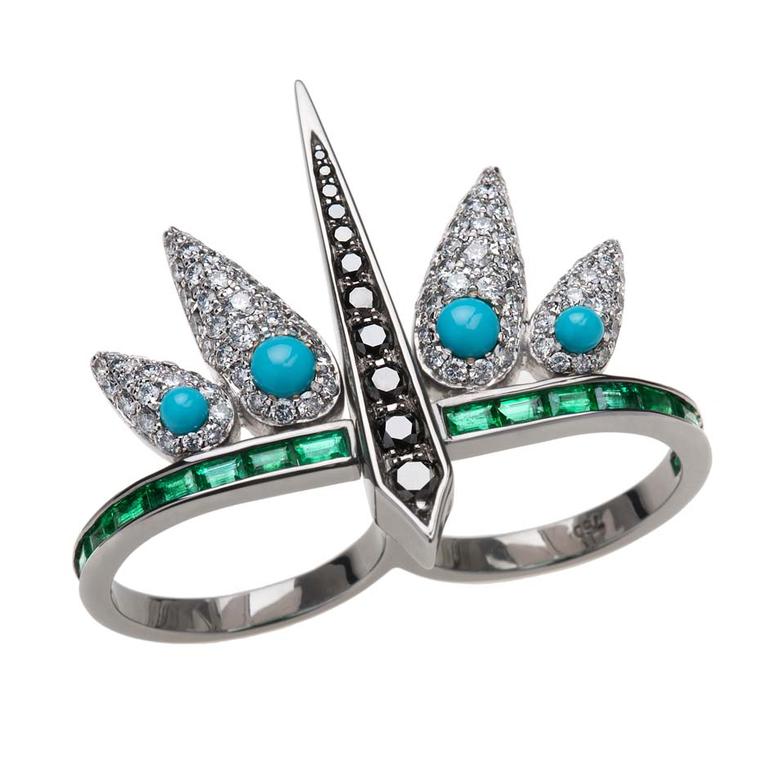 Top 10 rings: The Jewellery Editor team pick its favourites from 2014