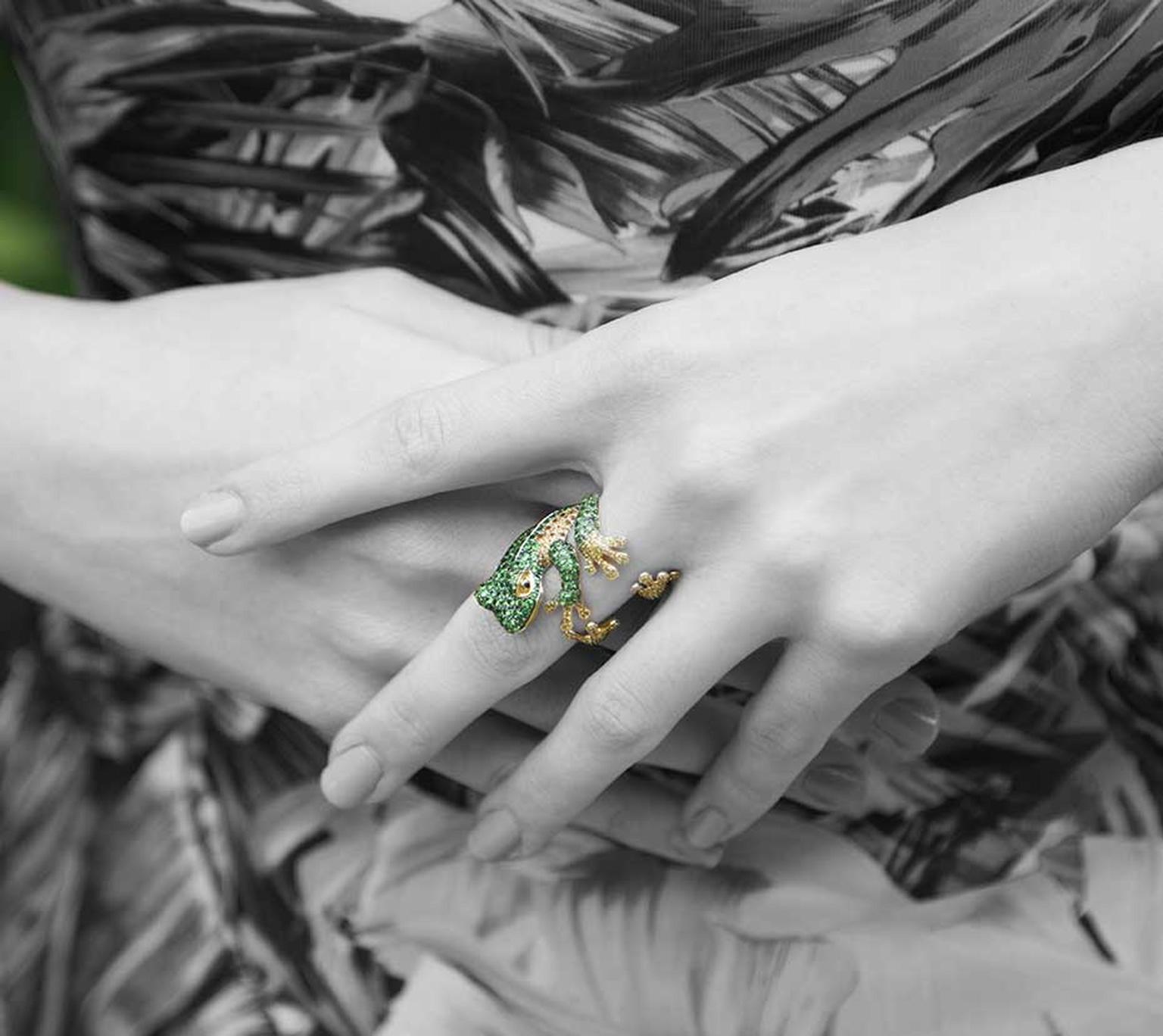 They may not turn into a handsome prince when kissed, but these frog jewels are the perfect adornment for modern-day princesses.

As you can see from the abundance of gemstone-encrusted amphibians here, frogs are one of the most popular motifs in animal jewellery. But our fascination with these croaking creatures begun long before fairy tale frogs were invented.

Since the beginning of recorded history, the frog has featured in the myths and legends of many different cultures. The Ancient Egyptians worshipped Heqet, the frog-headed goddess of life and fertility, while Western cultures view the frog's transformation from egg to tadpole and then adult frog as a symbol of resurrection and spiritual growth. The frog is also an emblem of good luck in Chinese and Japanese cultures and seen by the Celts as having healing powers.

Today, the frog motif is valued as much for its charm as for its symbolic powers, and animal jewellery featuring these adorable amphibians makes fabulously fun gifts.

The romance between King Edward VIII and Wallis Simpson had all the makings of a fairy tale as the king abdicated the throne to live happily ever after with his true love. The frog was a recurring motif in the jewellery that the Duke of Windsor, as he was known after the abdication, gave his Duchess as tokens of his love and affection.

Renowned for his animal and nature-inspired designs, David Webb was one of the first jewellers to incorporate bold, brightly coloured frogs into his now iconic pieces. The American jeweller, who passed away in 1975, regularly quipped that "frogs are lucky" and his amphibian jewels are as popular today as when they were first launched in the 1960s. Unsurprisingly, the aforementioned Duchess of Windsor was a fan of his green enamel frogs, along with eminent society ladies such as Mrs Charles Wrightsman and Mrs Harcourt Amory.

Fast forward half a century and the iconic David Webb bracelet featuring a pair of bright green enamelled frogs with rubies for eyes is still a best-seller for the jewellery house that bears his name. In fact, the frogs jewels made in the workshop today are made with the same moulds and worked on by some of the same jewellers as when they were first launched more than half a century ago.

The magical frog jewels from Morphée's Reinette collection were created from sketches that designer Pamela Hastry drew as a young girl after finding a small frog sheltering from the rain in her garden. Years later, these drawings have been transformed into a beautiful gold ear cuff and matching ring brought to life with sapphires and tsavorite garnets. What could be cuter than a chubby green frog climbing up your ear or encircling your finger?

Chopard's frog and crown ring depicts a frog in white gold and emeralds holding a crown featuring a brilliant-cut yellow diamond surrounded by smaller yellow diamonds. The elaborate frog necklace, from Chopard's lifelike Animal World collection, is no less amazing with its web of diamonds, tsavorites and sapphire drops on top of which rests a pink diamond frog surrounded by emerald lily pads with aquamarine cabochons representing a cloud of eggs.

Quirky and romantic, the Kissing Frog ring crafted by London jeweller Theo Fennell, in collaboration with Gemfields, boasts a 42.66 carat sugarloaf emerald. The top of the ring opens up to reveal two adorable little gold frogs sitting on top of lily pads and kissing. Made in the Theo Fennell jewellery workshops in Chelsea, the sides of the ring are decorated with enamelled engravings of bulrushes and dragonflies as well as a single row of diamonds.

The Romance en el Loto (Romance in the Lotus) collection from Spanish jeweller Carrera y Carrera celebrates the 50-year love story between Manuel Carrera and his wife Marina. The gem-encrusted frogs, resting upon lotus leaves twinkling with diamonds, symbolise their everlasting love in a collection of incredibly detailed jewels that are akin to mini sculptures.

If we had to make a choice between these fabulous frog jewels and the fairy tale prince, we know which one we would pick. 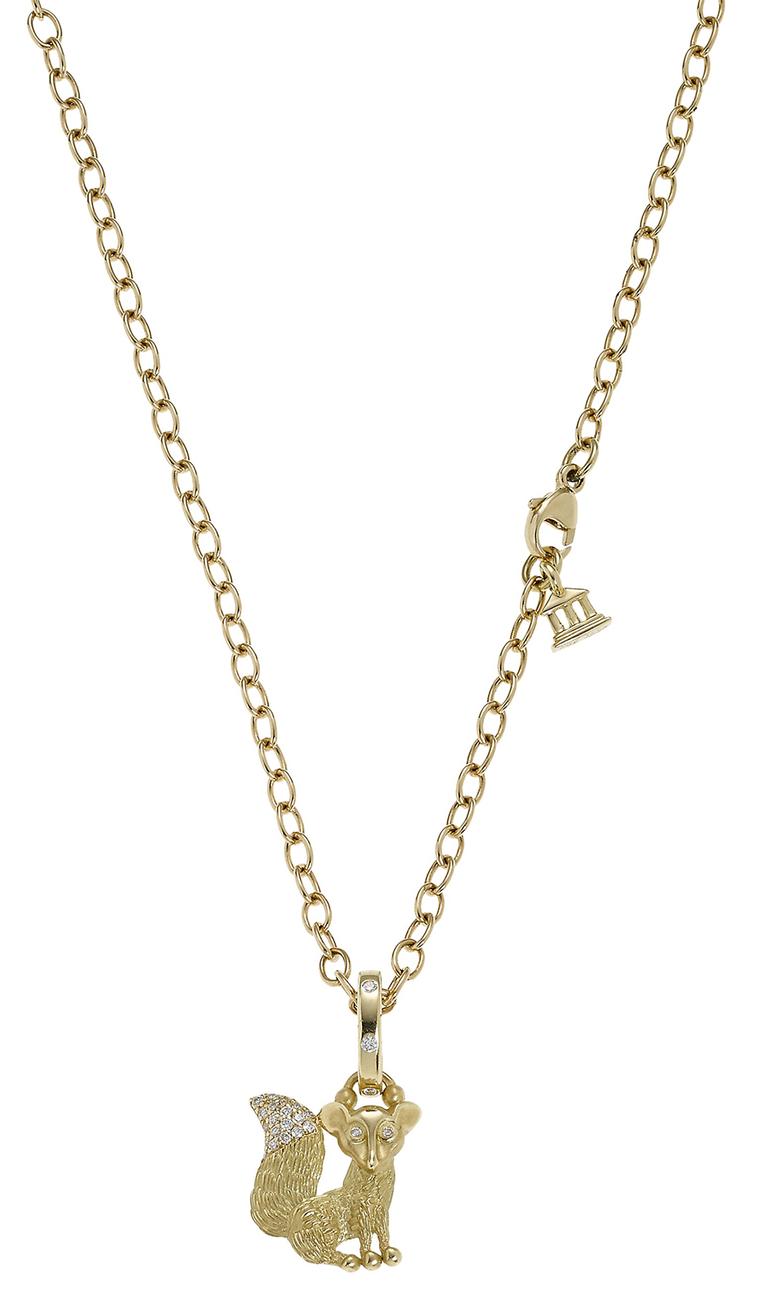 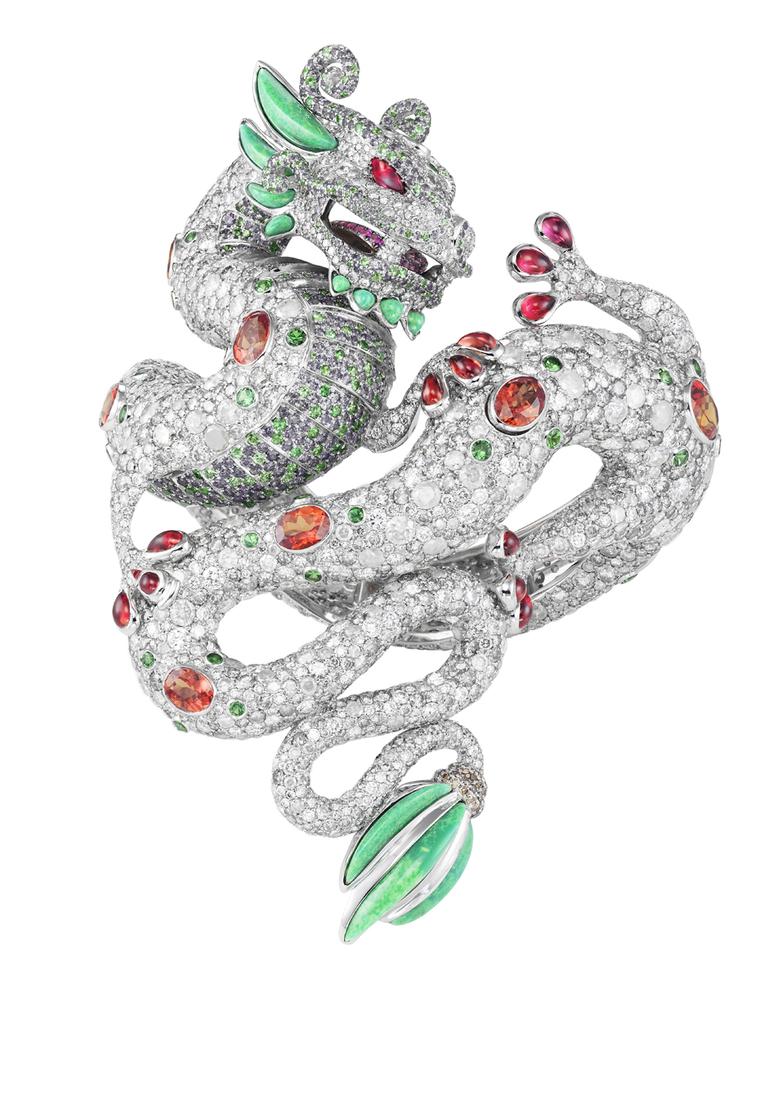 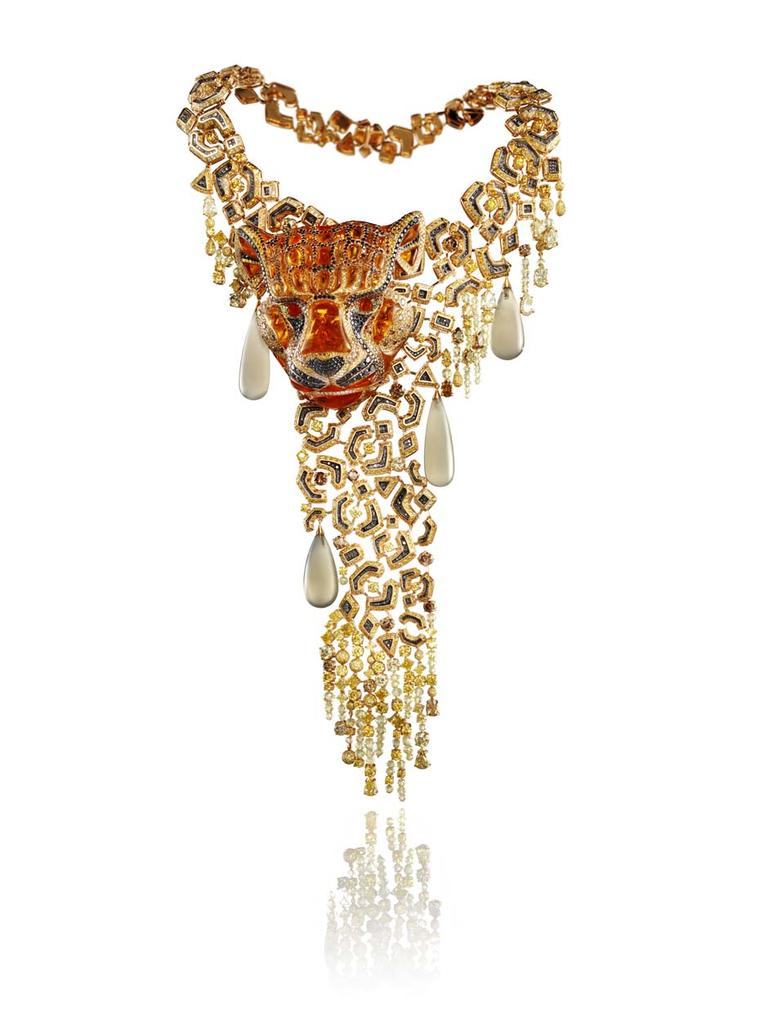