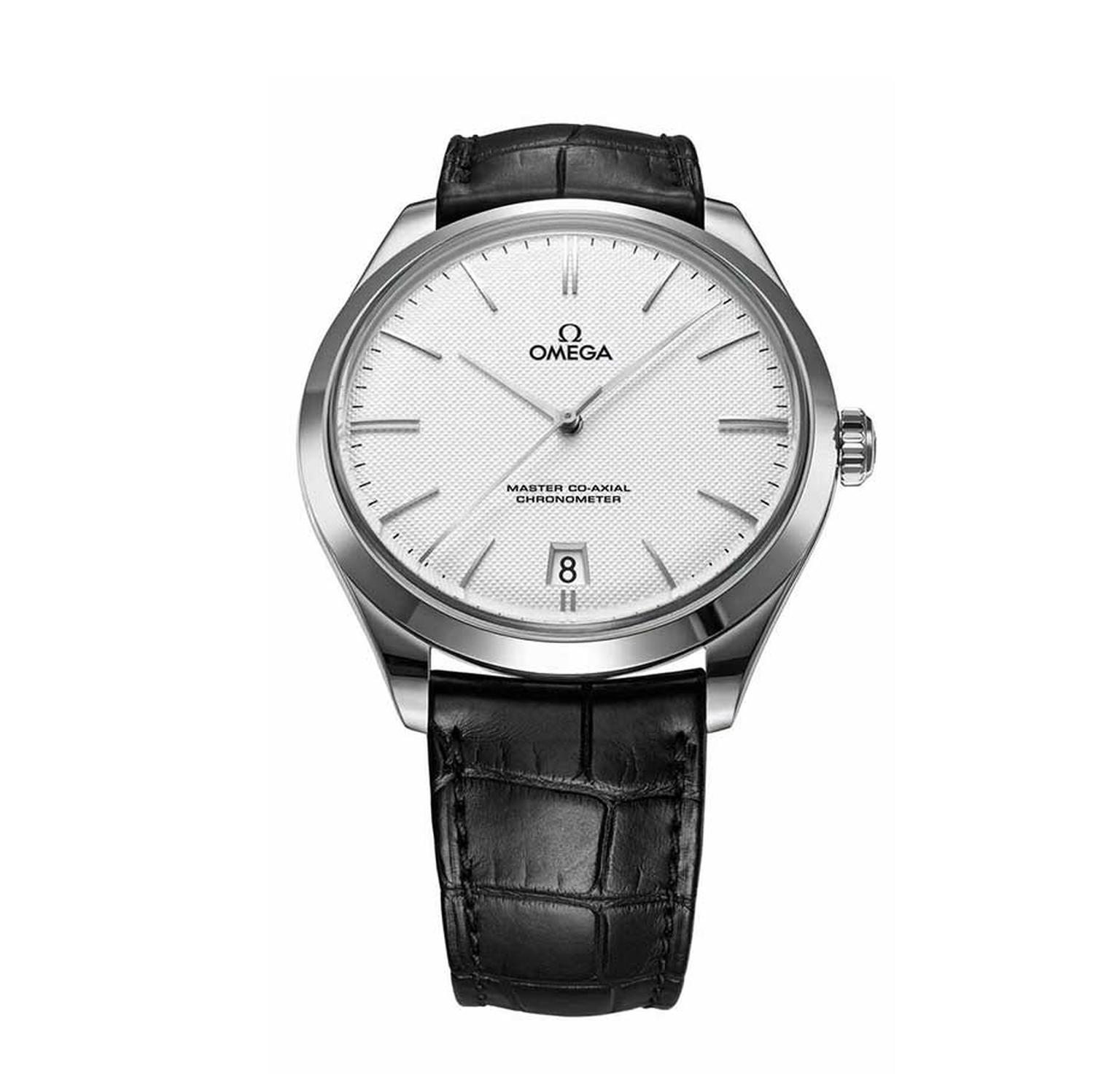 Brides tend to eclipse grooms on the big day, but if you're like George Clooney, then the whole world will be inspecting every last detail of your attire, including which watch you have chosen to mark the auspicious event. The ex-eternal bachelor didn't disappoint and wore an Omega De Ville Trésor watch in white gold as frantic paparazzi chased the couple through the canals of Venice in the hope of a close-up of the watch.

Wearing a Giorgio Armani suit, the 40mm Omega De Ville Trésor watch with its classic profile and suave sartorial spirit was the perfect watch for a groom. Modelled on the original De Ville watches of 1949, the slim case of the watch and the raised "clous de Paris" pattern on the dial - reminiscent of a crisp white tuxedo shirt - imbue the watch with vintage classiness.

You would do well to take a page out of Clooney's book: watches for grooms are all about understated elegance and style. Wearing a chunky dive watch under your brand new shirt cuff is not on, unless of course you are getting married barefoot on a beach in Tahiti. As far as dress watches go, I would steer clear of multiple complications that tend to clutter up the dial  - or which could start chiming at the wrong moment -  and stick to the classic date window or small seconds counter at the most. Look for watches with ultra-thin mechanical movements for an extra dose of elegance and remember, leather straps, as opposed to practical stainless steel bracelets, look much smarter with formal wear.

You can't go wrong with timeless classics like Jaeger-LeCoultre's Grande Reverso Ultra Thin 1948. The Jaeger-LeCoultre Reverso watch is probably one of the most-loved models in the history of watchmaking, originally designed for polo players with its iconic reversible case. The Ultra Thin model features a lean 7.30mm profile and the caseback can be engraved, making it an ideal watch for grooms to commemorate their day.

Slightly larger and with more presence on the wrist, the Skeleton version of the Cartier Santos-Dumont watch in pink gold. with large Roman numerals and a view of the movement, comes with the distinct historical credentials of being the world's first pilot wristwatch made by Louis Cartier in 1904.

Purists need look no further than the Patek Philippe Calatrava watch. The very picture of refinement, distinction and sobriety, the Calatrava is housed in a 38mm white gold case with a hand guilloché dial that features a smart white pleated pattern in the centre and a traditional onion crown.

Chopard makes a great watch for formal events, appropriately named the Classic Manufacture watch. Crafted in yellow gold, the 38mm case is a lesson in sobriety and classicism with Roman numerals and a small seconds counter at six o'clock.

Moving beyond the more traditional black and white dials is H. Moser's high-end Endeavour Centre Seconds watch. with its gorgeous fumé dial that radiates elegance and a unique sheen. The rose gold 40.8mm case is equipped with a hand-wound movement that has been built and finished by hand.

A newcomer on the watch scene, Alexandre Meerson's Altitude Première Classic watch, unveiled at SalonQP last week, is a definite winner. Evocative of pure Art Deco styling and minimalism, the exquisite proportions and beautiful finishings of the curved 41mm rose gold case convert this debutant into an impeccable dress watch.

Another exceptional dress watch is Piaget's Gouverneur model from the Black Tie watch collection. The distinctive case merges a circle with an oval creating a novel shape. With its smart white guilloché dial and elegant gold baton indices and hands, the case measures a mere 9mm thick thanks to the Piaget 800P self-winding ultra-thin movement.

For men who are considering wearing a waistcoat, a pocket watch like this Villeret jewel from Blancpain will complement your attire to perfection. Classical to the core, this lovely timepiece comes in a red gold 44.5mm case and features an ultra-slim movement. The dial has been crafted in Grand Feu white enamel and displays prominent Roman numerals and a small seconds counter.

If your wife-to-be is considering giving you a watch as a wedding present instead of another pair of cufflinks, you could start to drop subtle hints about not wanting to be late... 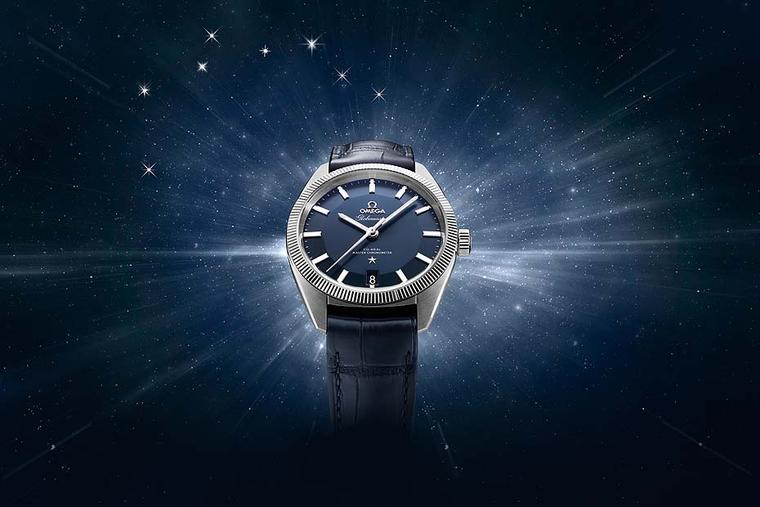 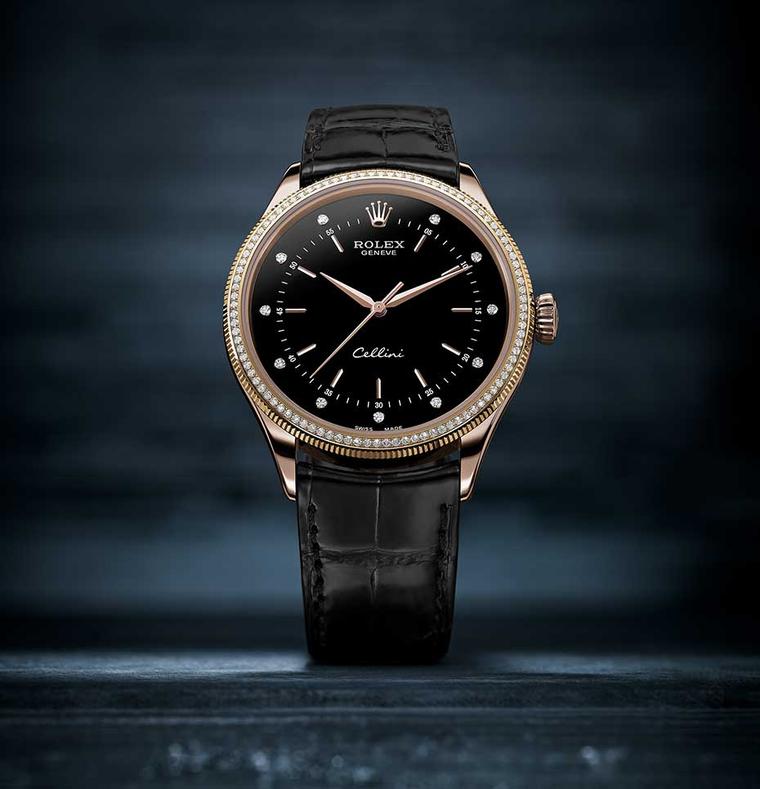