Born in Guangdong province in Southern China, Ray Salenteya’s birth name is Lin Ziliang, but a life-long interest in the mysteries of sorcerers and Nordic mythology has resulted in his name change. Salenteya, he explains, means ‘the one who earns his power and blessing from the sun’. The millennial jewellery artist was initially drawn to fashion. After a brief spell at design school, he opened his couture atelier in Beijing in 2015 creating a distinctive style that was quickly adopted by Chinese celebrities. This has led him into the world of jewellery producing avant-garde designs created to accompany his grand evening gowns and flamboyant masculine tailoring. 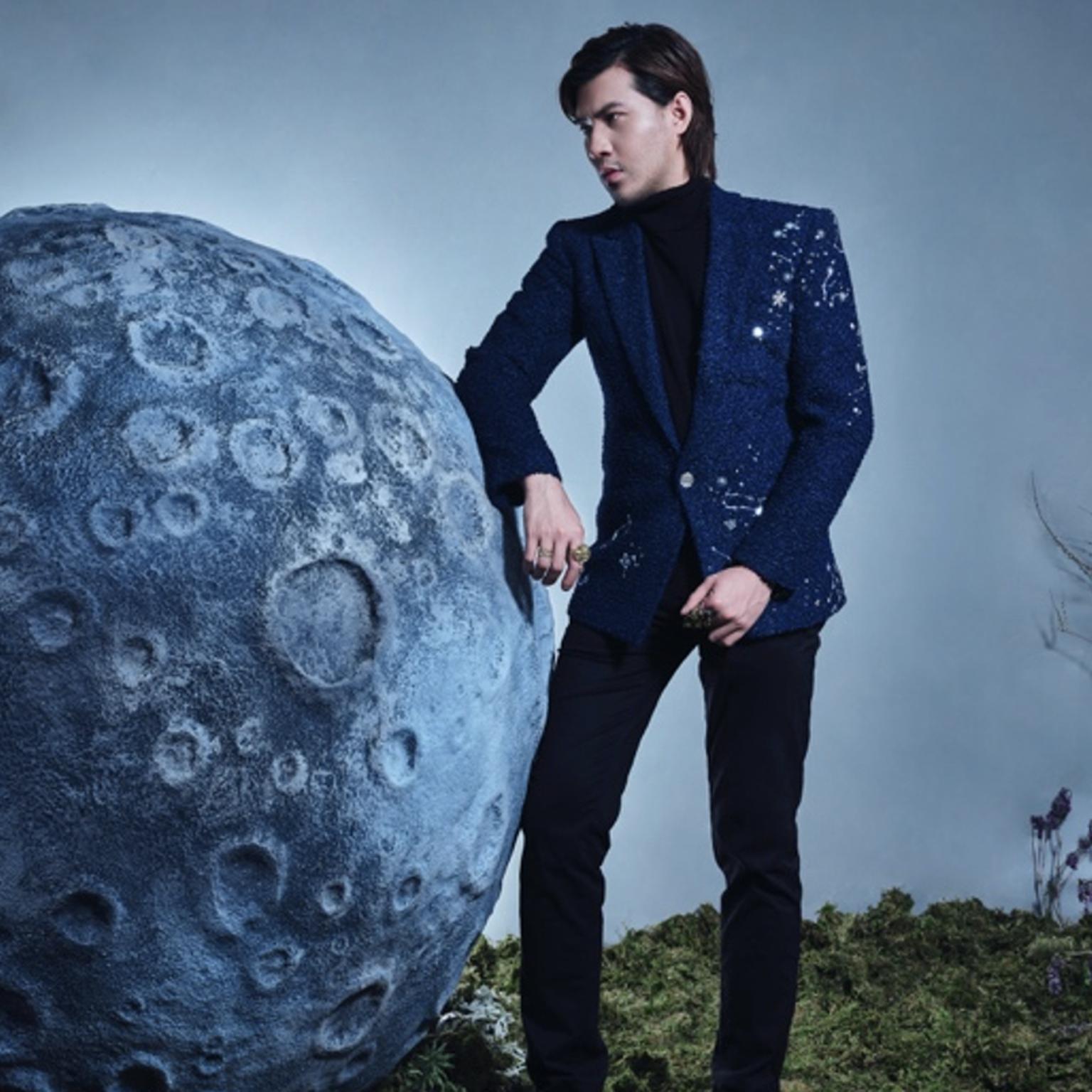 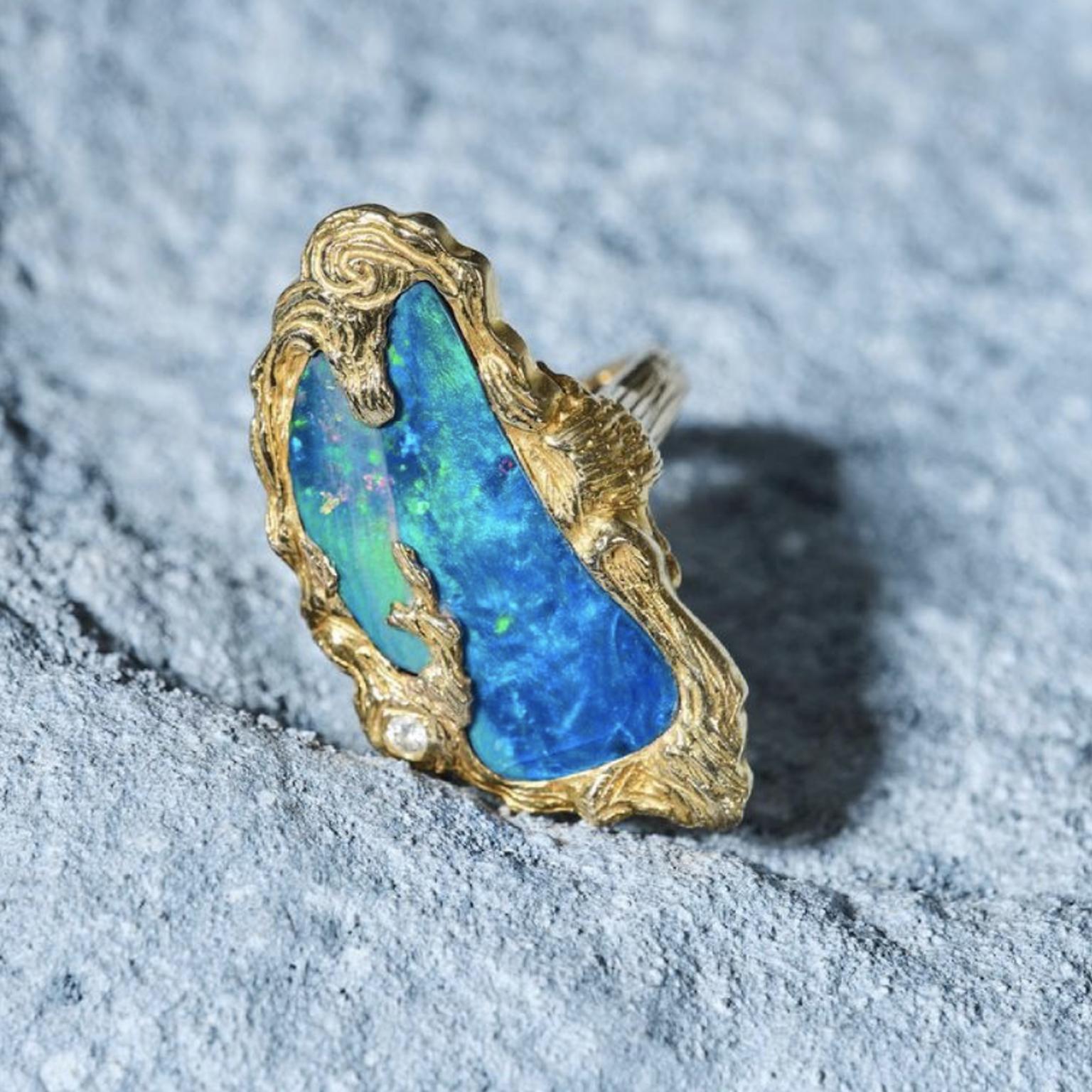 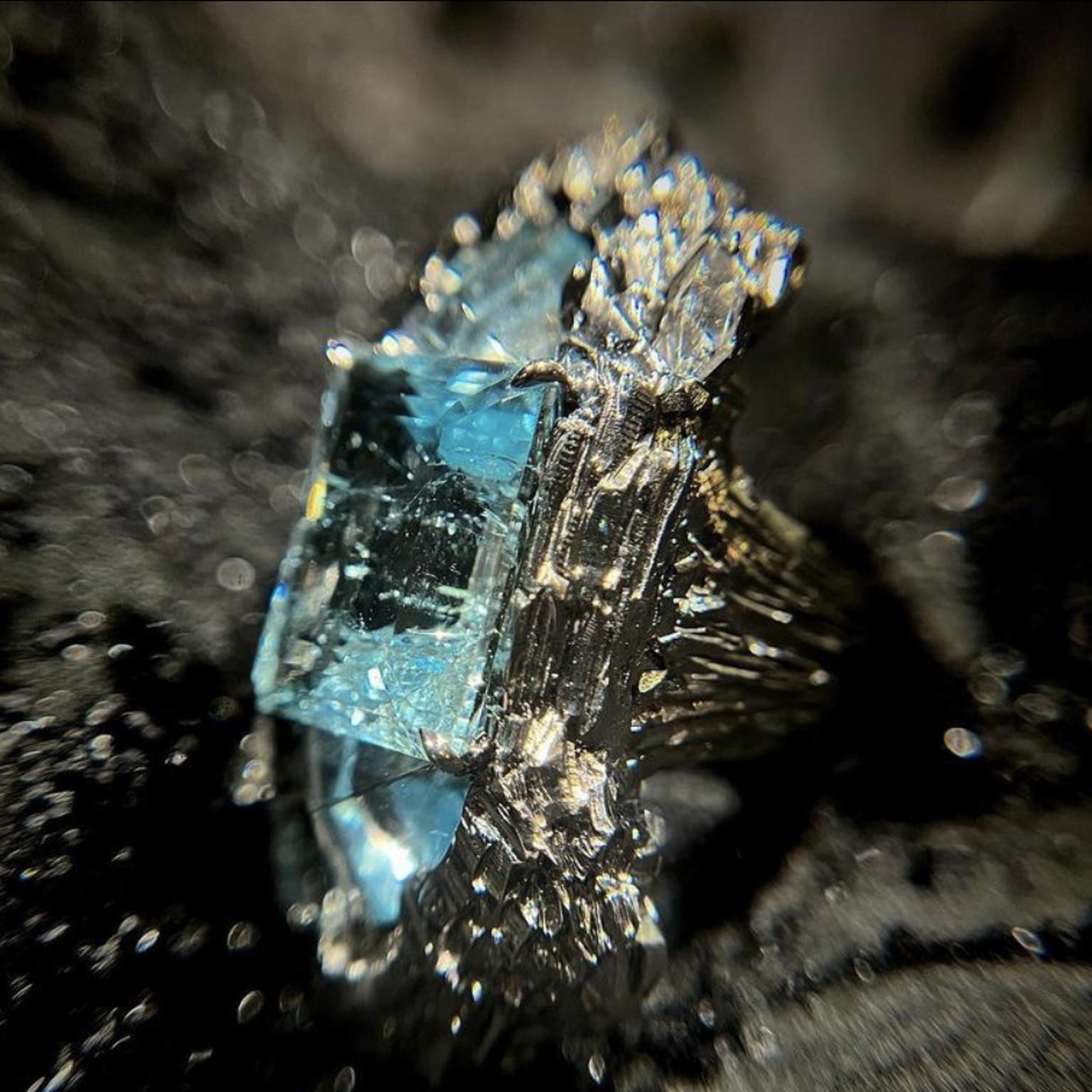 The Fountain of Mimir ring by Ray Salenteya 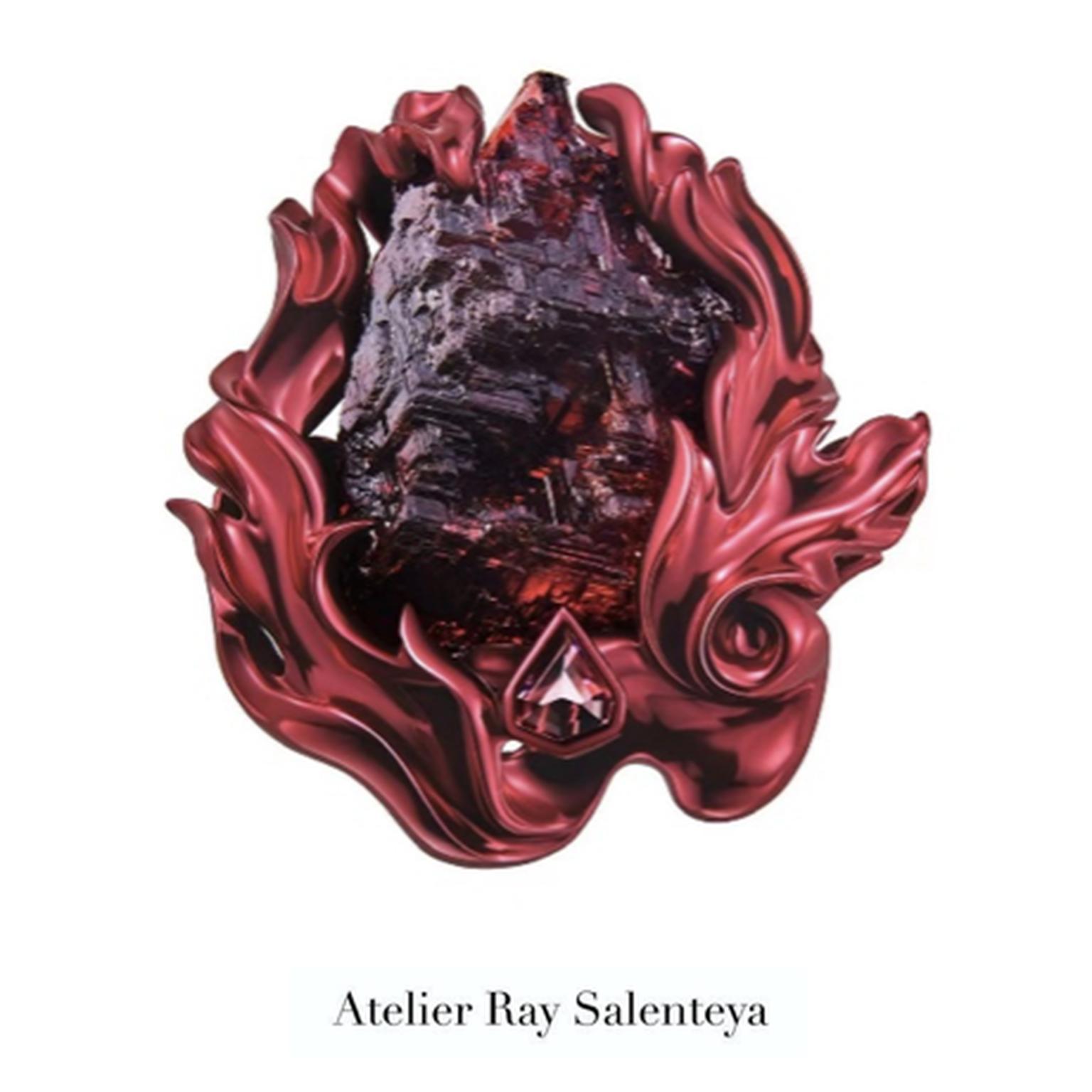 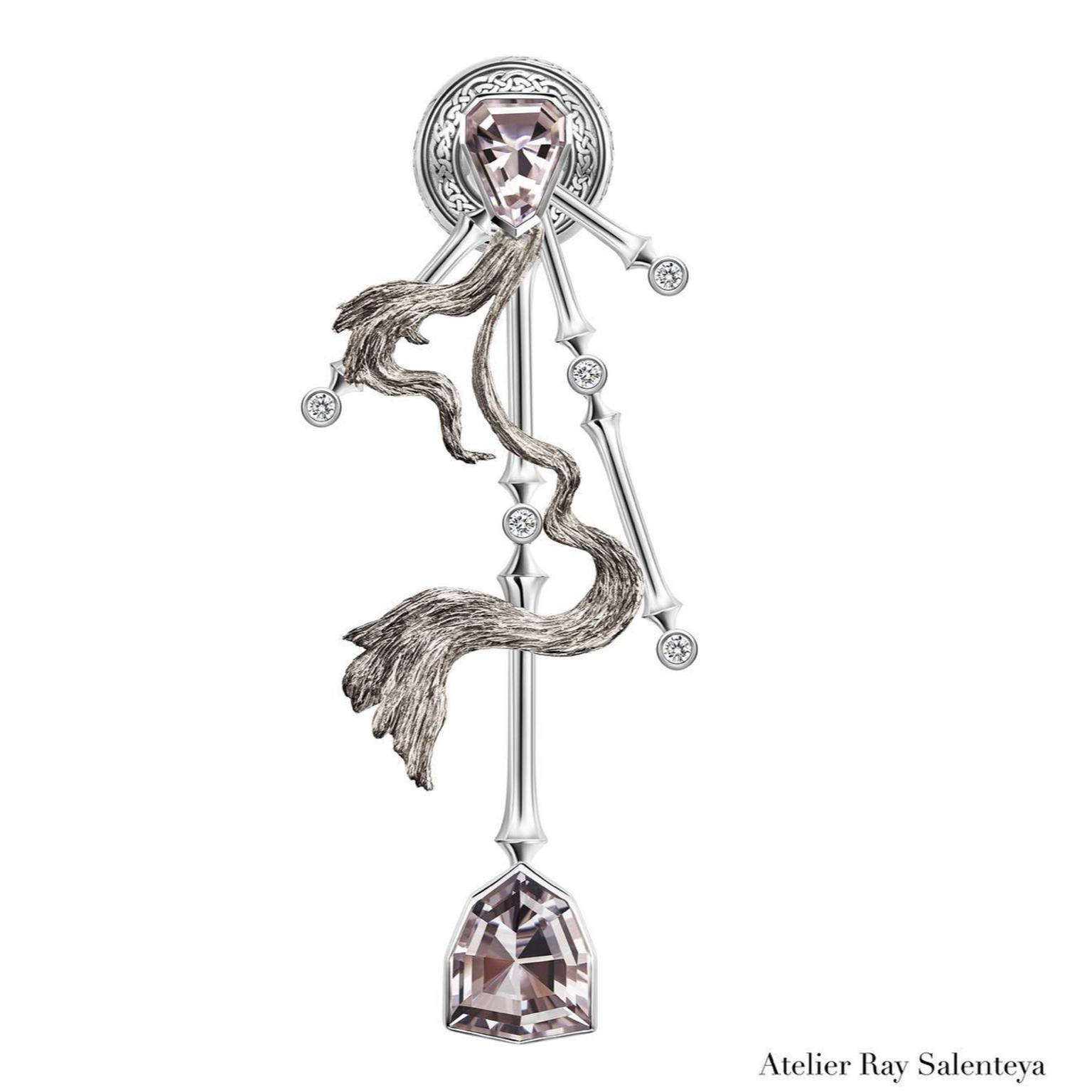 Infinite Reflection of The Soul earrings by Ray Salenteya