John Moore graduated from the Manchester Metropolitan University in 2002 with a degree in 3D Design. Having exhibited his work at "New Designers" London, he has received substantial interest from a number of galleries throughout the UK and abroad. His current work is a continuation of his degree show, inspired by native South American artefacts. Using silver and anodised aluminium, John has developed all his designs through the repetition of a single shape based on a beetle’s wing, which is also reminiscent of scales, feathers and fish that fascinated him as a child. Due to the random nature of the dyeing process, each piece is unique in colour and pattern and, while visually stimulating, he is also concerned with satisfying other senses through movement and tactility. 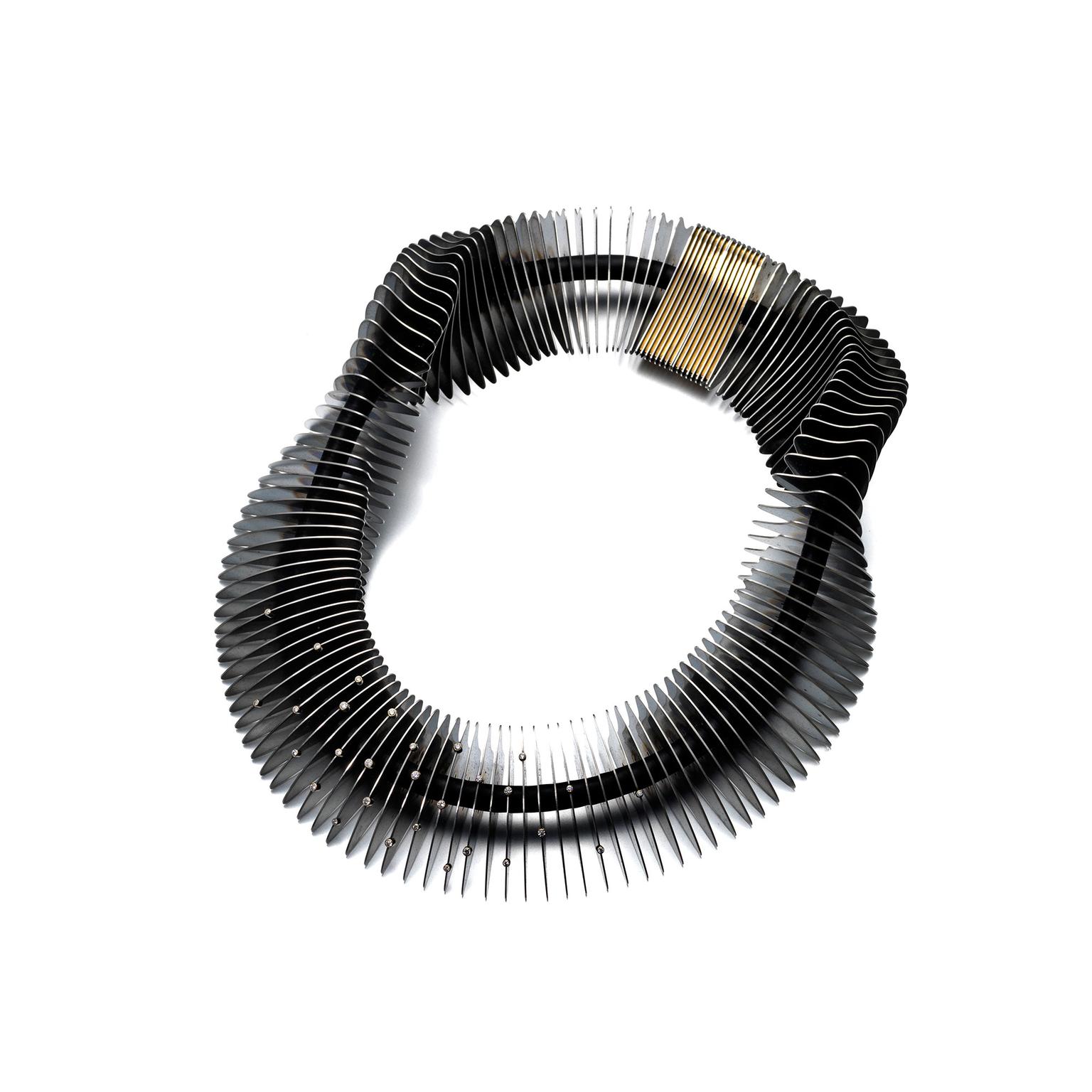 We look at those who are pushing the boundaries of jewellery design in honour of the late, great Zaha Hadid.